Founded in 2012, The Institute for Cultural Relations Policy is a non-governmental and non-profit organisation fostering scientific education and public discourse regarding cultural relations policy. The institution is based in Budapest, Hungary.

ICRP focuses on global intercultural dialogue and forms of cooperation between intra-cultural entities, aiming to promote the protection of International Human Rights and recognition of cultural diversity and heritage in an interdependent world.

Hungary’s geographical location and its great accessibility in the middle of Europe make it possible for ICRP to serve as a meeting point to facilitate the public exposure of the perspectives and interests of different communities, governments, international organisations, NGOs, businesses, scholars, thinkers and common citizens, in the hope that this will contribute to the evolving process of the dialogue among civilizations through cultural diplomacy. 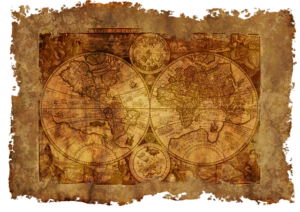 “… only a country to which people flock by the thousands from all corners of the world, has the right to advise others how to live. And the country from which so many others break out, across its frontiers, in tanks, or fly away in the homemade balloons or in the latest supersonic fighter, or escape across mine-fields and through machine-gun ambushes, or give the slip to packs of guard-dogs, that country certainly has no right to teach anyone anything – at least not for the time being.
First of all, put your own house in order. Try to create there such a society that people will not dig underground passages in order to escape. Only then shall we earn the right to teach others. And not with our tanks, but with good advice and our own personal example. Observe, admire, then go and imitate our example, if it pleases you.”

‘The geopolitics of the 21st century mean we need to see a revival of cultural diplomacy’…‘Cultural relations today are increasingly concerned with developing long-term relationships and sharing and learning, as opposed to one-way promotional activities.’ 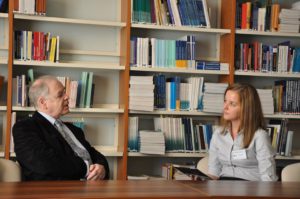 As an independent institution, ICRP brings together diplomats, political actors, future decision-makers and young intellectuals. Our mission is to build up online resources, operate information service, organise international conferences, seminars, summer schools and support publications related to cultural relations policy.
ICRP convenes an Advisory Board in order to create an intellectual background for its activities. Most ICRP Advisory Board members are diplomats, reputed professors, editors and authors from the European Union and all over the world.

‘Cultural relations policy is an integral part of foreign policy. It focuses on intercultural dialogue and policies based on common cultural heritage under international law.’

‘States may have an interest in the well-being of minority groups abroad, especially those with whom they are linked by ethnic, cultural, linguistic or religious identity, or a common cultural heritage.’