To define it briefly, cultural relations policy is a paradigm of international relations that is an integral part of modern foreign policy. It focuses on intercultural dialogue and policies based on common cultural heritage under international law. 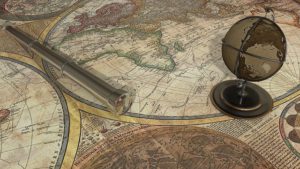 Looking at the world map, we can see it quite differently, depending on our political perception. And there are numerous perspectives about the parts of the world and their relations. The liberal “one word” concept envisages globality and sees the world as a place of harmony where enemies are ignored. However some may understand the world as a place where two political blocs compete with each other and inclusion or partition is determined by ideological and sociological factors. The clearest example of this partition was the confrontation in the Cold War in which the non-aligned countries emerged besides the two blocks. For many people still, the most important parts of the world map are the nearly two hundred countries which are also regarded as the key actors of international relations by realist approaches. But for some, who take a deeper look on the map, the world consists of much more entities when subnational units are taken into consideration. The world of “localities”, however are considered as the “new Middle Age” or a modern Westphalian order by others.

The former perspectives were also identified by Samuel P. Huntington and Zsolt Rostoványi who created their additional approaches as well in the early 1990s. Their explanations became popular in recent International Relations discourses. According to them the primary units and thus the key determinants of international relations are the civilisations which are groups of countries sharing common cultural characteristics. International relations experts and historians often count seven to nine civilisations which overlap the territories of those countries with same predominant religion. This number is sometimes supplemented by other explanations of specific theories such as Dimitri Kitzikis’ geopolitical model: the Intermediate Region.

Besides such exclusively supranational explanations of international relations the methods of cultural relations policy is getting more importance as it reflects more precisely to current trends and challenges.

The cultural relations policy is an approach that combines both supranational and subnational perceptions. It also recognises the fact and the consequences that administrative borders and cultural boundaries infrequently overlap. Therefore foreign and domestic policies based on this recognition can be applied both in multi-ethnic countries and in states which have considerable kin-minorities abroad. Thus, cultural relations policy can be realised within intercultural and intracultural relations.

The cultural relations policy as a new international relations’ paradigm takes into account different concepts of the nation: it accepts the realities of the state as a nation however it also recognises the concept of cultural group as a nation in the same time. For this reason, cultural relations policy is a specific domain of international relations because it can applied also within multicultural host countries while having an effect on the communication, political thought, party politics, etc. of diverse ethnic, religious or cultural groups.

Cultural relations policy is a progressive approach that recognises the importance of cultural diplomacy (the initiation or facilitation of the exchange of ideas, values, traditions and other aspects of culture or identity, whether they promote national interests, build relationships or enhance socio-cultural understanding) and the dialogue of civilisations (which is a process that involves diverse national, ethnic and religious groups, articulates different ideas, visions, objectives in order to avoid violence and considers diversity of people as resource). 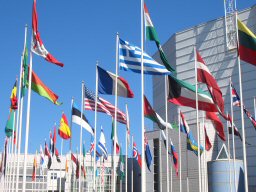 International cultural relations in the 20th century have went through changes which were influenced by the effects of the First World War (attempts for minority protection) the aftermath of the post-war political thought from 1945 (integration tendencies), the oil crises in the 1970s (greater role of transnational companies), the collapse of the bipolar system in 1991 (non-governmental groups access to armed forces) and finally by the emerging cultural policies in the last decades. Explanation of current trends in international relations requires deeper analysis for historical background of present world order.

Relations among nations in a contemporary sense were determined by balance of power for a long period of time. This concept had shaped the interactions between great powers and relatively weak countries in the 19th century and the first decades of the 20th century. Balance of power effected stability between competing forces in international system. Political, military power and economic strength of these units were similar and no super power could be found in the system. In this case at least five states played major role. Infrequently there was a balancing state which aim was to preserve the equilibrium between other states. Due to its consciously formed foreign policy, balancing state did not make constant alliances. The United Kingdom had this role in European interstate relations until the end of Second World War.

After 1945, as a new world order was formed, the role of the balancing state was converted to a mediator organization in a loose bipolar system. This system contained two blocs of states besides numerous non-aligned countries and also several generalist interstate organizations which included all the socialist and capitalist countries. Political division of the world had both sociological and ideological aspects. United Nations and its Security Council was the main forum for mediating in the case of clashing political blocs. The other source for securing international order in this system was nuclear deterrence. By developing arms of nuclear weapons and weapons of mass destruction some states became able to protect themselves against existential threat by the single fact that they had the capability to use nuclear force. This system had its stability because of the effects of the deterrence of the state-developed nuclear weapons. Regional wars and proxy wars served often as a place for clashing interests supported by super powers.

As the collapse of the Soviet Union the relations among nation states had slightly changed. By the vanishing of the great power, the new countries on its remains became unprotected, sovereign and needed in the same time. Two aspects of transforms were visible after the end of bipolar system in 1991. Regional integrations (such as European Union, African Union, NAFTA, etc.) became more powerful. These organizations are structured either on supranational or intergovernmental decision-making institutional order, or combination of both. Nowadays these integrations act as independent international entities. The other aspect of changing trends in international relations is interdependence. Diverse sources of raw material and best utilization of labor force is specific in developing countries, while industries and high markets are situated in developed countries. This division of resources, processing and consumption enables to regard cooperating states as interdependent.

In the age of the penetration of global economic or political thinking and solutions and under the aegis of integrated states as the engine of sustainable development, globalization provided new opportunities for international actors. These opportunities related to inter connectivity and emerging role of global and transnational economic companies versus politics and more simple form of turning into independent actor in the global relations. After the oil crises of the 1970s, traditional roles of nation states have weakened. This environment enabled newly emerging powers and non-governmental groups to step on the stage of world politics. From this time we can observe a competition between governments and transnational companies to gain power and influence.

On economic aspect most important non-governmental organizations are the international pressure groups of different interests and transnational companies besides powerful nation states. While states are forced into regional cooperative organizations and transnational companies have more power, although there are distinct newly emerging states with considerable political power as well. Such countries previously owned great amount of raw materials and labor force – without having stable governmental background. Today these states have the capacity and ready to become dominant regional powers and constitute new pillars of a world system based on multi-polarity.

On the military aspect, terrorist groups and the threat of rogue states become more apparent besides national and legal international arms. War against terror and actions against threatening states became the main source of conflicts at the same time as national boundaries are weakening and military operations become regardless of location. In this system, stability is based on the balance of money and control of transnational companies, as more groups have access to sources of weapons.

Besides military power great powers use their soft power to gain influence. In post-bipolar international relations vaporous national boundaries and interdependence facilitated international ethnic and cultural cooperation. Former colonies and new countries seek to establish closer ties with their diaspora after the dissolution of empires. In order to strengthen political bonds initiatives for new dialogue are needed. In the first decade of the 21st century kin-state policies and legal forms of pan movements contributed to changing way of thinking in foreign relations. As cultural relations policy became relevant, international community is more involved in minority protection and dialogue among cultures.

Read more about the history of diplomacy and cultural relations at http://culturalrelations.org/publications/diplomacy/history