Dare to be different

WHY? Because negative attitudes towards “otherness” and the prejudice are present all around the world, but Visegrad countries are “scoring” based on various surveys. Social experiment is a different method to see how people react in some situations…

HOW? We have developed five scenarios – so our volunteers/actors were in the role of various persons belong to a minority or vulnerable group.

The aim of the realisation of the social experiments and videos was to raise awareness on negative perceptions and attitudes towards “others” and promote tolerance towards all.

We believe, that there is not enough knowledge about other cultures and other communities in Visegrad countries. There is also influence of fear from unknown, which is hard to overcome without previous experience. Even though, we know that we cannot provide the experience to the whole population, we decided to base our promotion campaign on the experience of real people in the real situation. To achieve this we chose to use the social experiment, which method is very rarely used in Central Europe. We developed several scenarios in all Visegrad countries and recorded if people reacted differently, with the different people acting in the roles. We ensured, that the people recorded in the final video were not recognisable to protect their privacy. The video is used for the promo campaign to raise awareness on negative perceptions and attitudes towards “otherness”. 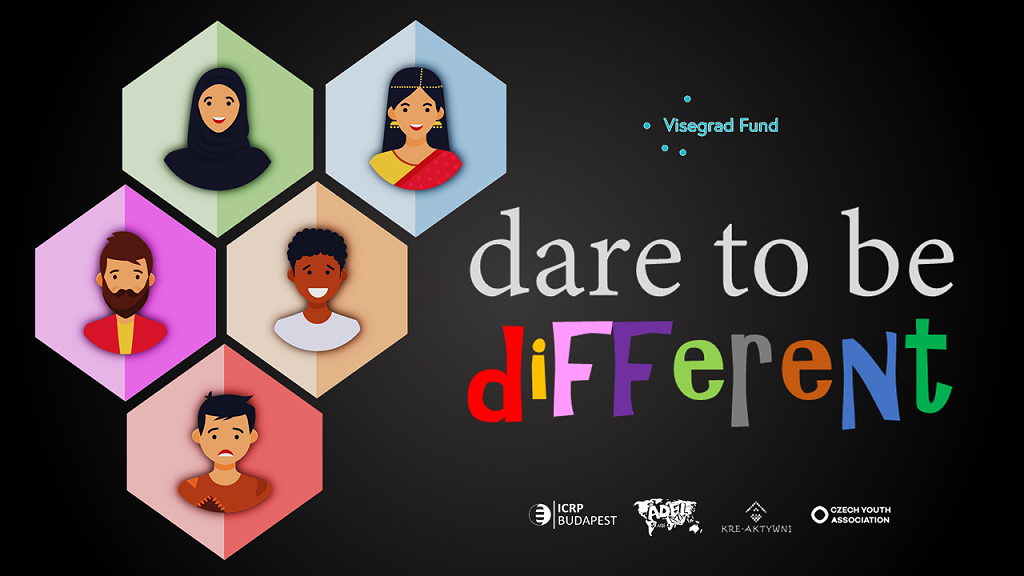 The project was coordinated by the Association for Development, Education and Labour and supported by the International Visegrad Fund in 2019-2021.