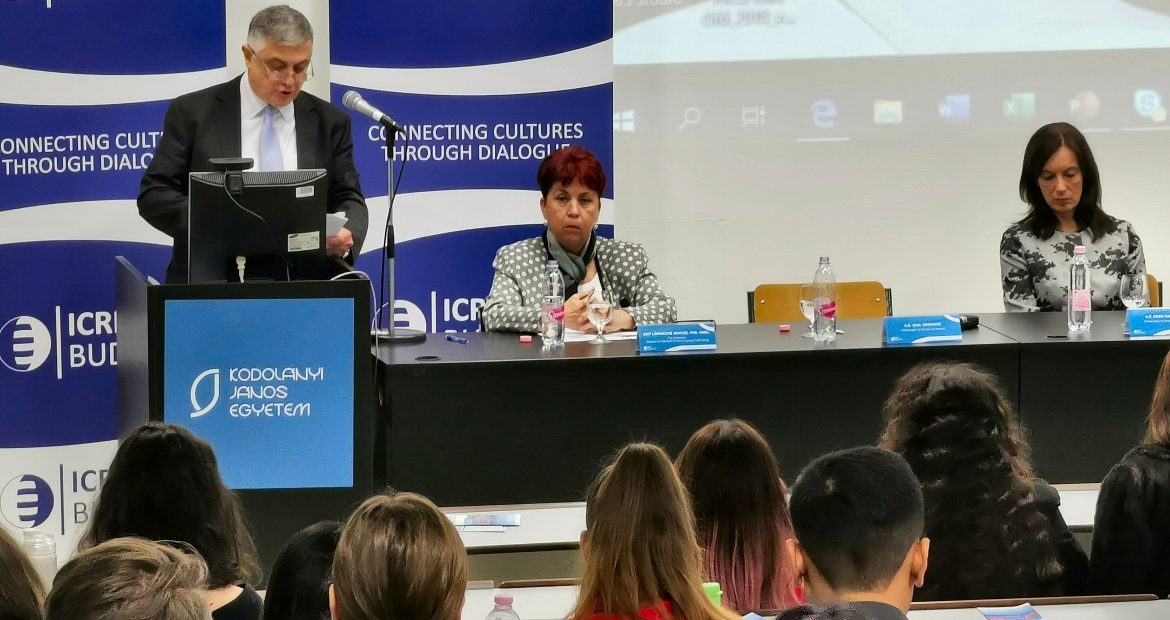 Embassy of Georgia to Hungary | Ambassador Zaal Gogsadze delivered a key-note speech at the international conference “Security & Sovereignty in the 21st Century”, jointly organized by the Institute for Cultural Relations Policy (ICRP) and Kodolányi János University of Applied Sciences, held in Budapest on 15 November 2019.

Ambassador Zaal Gogsadze spoke about the challenges Georgia has been facing since restoration of its independence to the present day, highlighting Russia’ destructive actions in Georgia – Russia’s continuous violations of the 12 August 2008 Ceasefire Agreement, militarization and illegal military exercises ongoing in the occupied territories of Georgia, installation of barbed wire fences and other artificial barriers along the occupation line and isolation of Abkhazia and Tskhinvali regions. Ambassador Gogsadze touched upon discrimination of Georgian population and grave human rights situation highlighting the importance of restoration of interethnic contacts and further proactive involvement of the international community in the process of peaceful settlement of the conflicts.

Ambassador Gogsadze briefed the audience on Georgia’s cooperation with the EU and NATO, pointing out Georgia’s progress and accomplishments on its path towards the EU and Euro-Atlantic integration.

The representatives of the Hungarian political, scientific and academic circles, as well as policy institutes, Diplomatic Corps and students attended the event.