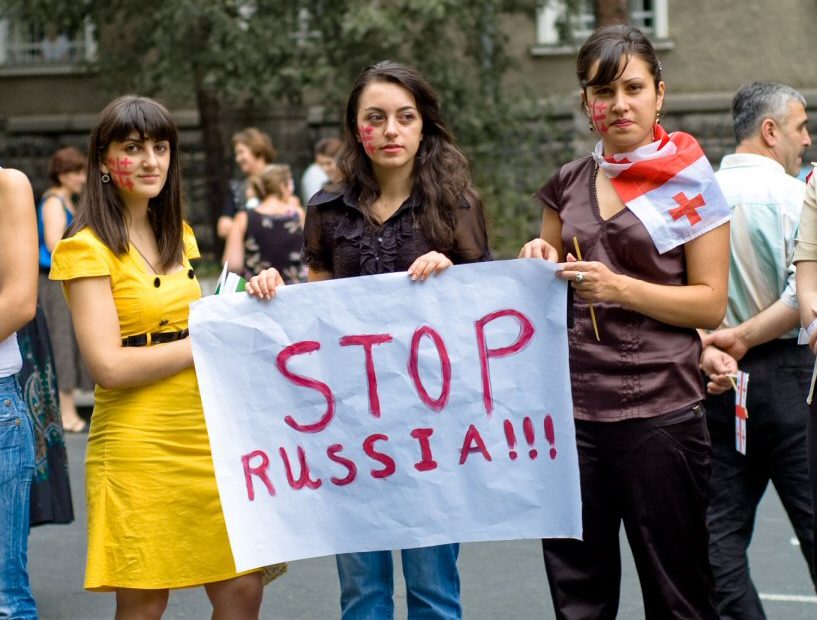 On July 8th, 2019, Russian President Vladimir Putin put out a decree banning direct flights from Moscow to Tbilisi. This decision came in the wake of protests that developed in the Georgian capital against Russian occupation after a Russian lawmaker was allowed to chair a parliamentary session in the Georgian parliament. Tensions between two states continue to escalate to this day, 11 years after the war between them over the South Ossetia province.

President Putin has also demanded Russian citizens currently in Georgia to return to their country due to the current instability and dangers in Georgia. According to recent statistics more than 200 people were injured in protests.

Although the Kremlin considered these protests as an anti-Russian provocation, the Georgian president Salome Zurabishvili described Russia as an enemy occupying the country.’ She went on to suggest that Moscow had instigated the unrest.

The call to suspend flights to Georgia was made by Russia to put pressure on the Georgian tourism industry, which depends heavily on Russia, accounting for 7.6% of the country’s gross domestic product in 2018. It is reported that more than 1.4 million Russians visited Georgia last year. So far, the impact of the ban on Russian flights is huge, estimating to have cost Georgia $ 400 million. Some analysts say this highlights the need to diversify Georgian economy. Not to forget Russia has also closed the Georgian wine market in Russia since 2006.

With these decisions Russia has aimed to damage the economy of Georgia, with 80% of hotel bookings by Russian visitors being cancelled.

According to Radio Free Europe, “The decree also “recommends” that Russian travel agencies stop selling package tours to Georgia as long as the flight ban remains in place.” Some analysts say if this ban remains in place, Georgia’s economy could lose $ 250 million to $ 300 million a year. However some Russians in Georgia have refused to listen to Vladimir Putin’s advices and plan to continue to find ways to get to Georgia.

Russia is trying to take over the points it lost in 2008 by flexing its muscles and showing that they drive economic and political leverage. Russia is also using Georgia’s sensitive point being tourism, to put forward the message that they still have strong influence over its small southern neighbour.

Georgia is trying to restart direct flights to the winter resorts which are waiting for visitors. More so, this step will be considered as a development towards positive relations between the two countries. The Kremlin has said their decision is provisional, but does not specify clearly the end date of the ban. For this reason, it still remains unclear to this day how long this ban will be in place and how it will adversely affect the Georgian economy.

In my opinion, the larger paradox is that the same hand that feeds tourism and other sectors of the Georgian economy is also its biggest threat. However much Georgia tries to get closer to Russia, it will always be endangered by its northern neighbor.

If a country intends to establish peaceful foreign relations, it should definitely resume flights and create diplomatic space to solve the problems that have been present for years.

Russia should not be happy with her decision because it does not only damage Georgian economy but also her own reputation and image as a state, as it threatens peace between the two countries.

The peace in 2008 has been threatened by confrontations, while today it is challenged by soft power that both countries, mostly Russia, use against each other. Tbilisi has cut diplomatic ties with Moscow after Russia recognised the breakaway regions of Georgia, Abkhazia and South Ossetia as independent states after a brief war with Georgia in 2008.

The old haters have not yet died down and it seems that this is having a profound effect on both of these countries, further narrowing the diplomatic and consensual solutions.

We are in the front of a weak peace between these two countries and the ambitions of the Georgian state to become part of NATO could fuel conflicts again. On the other hand, separate Georgian regions and the deployment of Russian troops there still remain an apple of contention.