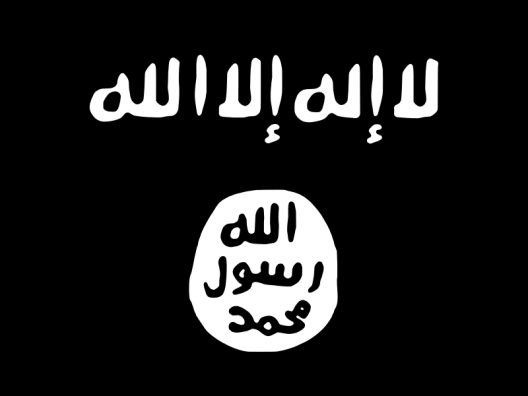 ISIL; a mere product of Islamic fundamentalism or the result of geopolitical failures?

The last decade has been marked by the rise of a new terrorist group which made us forget Al Qaeda and even Osama Bin Laden: the Islamic State of Iraq and Syria/Levant (ISIS/ISIL). As the main representative of global jihadism, the group is focused on the establishment of an universal caliphate governed by their leader, Abu Bakr al Baghdadi. Although nowadays its activity remains almost clandestine, the last 8 years have shown that instability, sectarianism between Sunni and Shiite communities, and the collapse of Syria have given ISIS immense power. In order to understand where ISIS comes from it is necessary to look back to the Iraq War.

After the 9/11 attacks, George Bush proclaimed “the war on terror” to fight Al Qaeda, Bin Laden, and the countries that allegedly were sponsoring terrorism: Afghanistan and Iraq. In the case of Afghanistan, the main goal was the Taliban’s overthrow and the destruction of Al Qaeda facilities including training camps and weaponry. The Pentagon justified the invasion declaring that the Taliban government together with Bin Laden and Al Qaeda had plotted the 9/11 attacks. Even today, the accusations of the US are still polemic due to the difficulty of proving the correlation between the Taliban government and Al Qaeda.

The case of Iraq has to be analysed from a different perspective. To understand the reasons for which the US decided to invade Iraq, the geopolitical expert Joseph Nye offers a theory on the George Bush Administration foreign policy. Nye coined two terms to define the US foreign policy during those years; he establishes a differentiation between the so called “hard power” and “soft power.” The first term refers to the capacity to achieve military, commercial, and geopolitical goals, through an aggressive foreign policy – the War in Iraq is a perfect example of this. On the other hand, the “soft power” refers to establishing fluent diplomatic relations and commercial treaties with the aim to expand the influence of a country over other foreign policies. The invasion of Iraq fits as an example of “hard power” intervention; the US had clear geopolitical interests in controlling the Iraqi oil and to achieve that goal Saddam Hussein’s overthrow was necessary. Bush accused Saddam of possessing weapons of mass destruction despite the fact that there was no evidence of their existence, however, this accusation was enough for the Pentagon to justify the invasion of the country.

You may be wondering what is the relation between the Iraq War and the origins of ISIS, the answer lays in the failures and mistakes made by Washington in the country. First of all, the invasion of Iraq divided the Iraqi population in two different confessional Muslim groups that have lived together peacefully for a long time: the Sunni and the Shiite communities. Saddam Hussein was a Sunni leader and governed in the favour of his sect, consequently, the Shiite community had been displaced for many years from the main political and social infrastructures. Saddam’s security forces and army was mostly comprised by Sunni individuals who found themselves unemployed once the US started to apply the first political reforms in the country. Besides, Saddam Hussein’s political party, the Baath Party, also increased the sectarianism between the two confessional groups due to the unbalanced composition of the same one. Considering that the Baath Party had to be abolished, the Pentagon promoted the setting up of a new government. By doing so, the US privileged the Shiite community and provoked the marginalisation of an important part of the Sunni population who could not take part in political life any more.

In this breeding ground of instability, sectarianism and inequality, Al Qaeda found a place to develop its activities and increase its affiliation. However, the civil insurrection against the US was not only embodied by common militias; jihadist groups emerged rapidly and defied the US military and local leaders. One of the most active jihadist groups at the time was Jama’at al-Tawhid wal-Jihad. The group had already been created in the 90’s by Abu Musab al Zarqawi in Jordan, but it was in Iraq where al Zarqawi’s terror cell gained power and influence among the jihadist groups that comprised the Sunni insurgency. Its ideological pillars were based on a fundamentalist interpretation of Islam also known as Salafism; an interpretational movement inside Sunnism that conceives Mahoma and the rest of predecessors as the models to imitate in order to profess the purest Islam. Salafism must be adhered to Sunni fundamentalism so it does not recognise other confessional groups such as the Shiite community, therefore, Salafists pose an inner war in the Muslim community by differentiating between “good” and “bad” Muslims. That is the reason for why ISIS carries out attacks against the Shiite community and their sacred monuments. Salafism is related to Wahabism; both currents support the lyrical interpretation of the Koran. The biggest supporter of Wahabism is Saudi Arabia; Riyadh has been sponsoring Salafism since its foundation and has tried to enable Shiism expansion by investing in the creation of radical madrasas (Islamic schools) beyond its boundaries.

Because of his fast irruption and his capacity to join more followers, Al Qaeda decided to absorb Al Zarqawi’s group and Jama’at al-Tawhid wal-Jihad came to be known as Al Qaeda in Iraq. During his years in Jordan and Afghanistan, Al Zarqawi stood out for his abilities to create a complex contact network which was composed by civilians but also by former members of the Baath Party and soldiers of Saddam’s security forces. In this way, the US strategy of abolishing the Baath Party together with the dismantling of the former Iraqi army provoked a devastating result for Iraqi citizens and global security in general. In 2006, Al Zarqawi was killed after the US launched an attack in the Iraqi city of Baqubah, but it was not the end of the organisation. In the same year the Mujahideen Shura Council (MSC) was created, and as its name says, it was a council of different Sunni insurgent groups which fought against the coalition troops and whose aim was to establish an Islamic state in the country. This is the context in which the Islamic State of Iraq was born.

The following years defined the future of the terrorist group: the control of strategic cities in the north and west of Iraq opened the door for a jihadist uprising. Many of these cities had important oil resources like refineries and oil wells which they used to fund their activities and to buy new weaponry. As it was mentioned before, Al Zarqawi had died in 2006 after an US attack, but he was succeeded by the current figure of the Islamic State of Iraq and Syria/Levant (ISIS/ISIL); Abu Bakr al Baghdadi. Al Baghdadi had also participated in the Sunni insurgency against the international coalition, but as with many other jihadists, he was captured and jailed in Abu Ghraib prison. The prison was a swarm of jihadists and Salafists prone to radicalise and increase their contact network, and as many experts have suggested, the inhuman treatment that they received from some US security forces only contributed to deteriorate the situation and to boost the process of radicalisation.

It is obvious that the causes of the uprising of jihadist groups in the Islamic world are not only religious. Indeed, it is impossible to understand the development of ISIS without studying first what happened in Iraq. But when analysing the origins of the Islamic State of Syria/Levant (ISIS or ISIL), it is also necessary to look at the Syrian scenario. The Syrian Civil War was a gateway to the Islamic State of Iraq in a time when the group was failing to maintain the control of some territories in the north and east of the country. Rather than being an escape to another territory, the entry to Syria was an expansion of the group and consequently, the expansion of jihadism. After a couple of years of inner disputes with other jihadist leaders under the umbrella of Al Qaeda, the Islamic State of Iraq and Syria was created in 2014 and came to be known as the Islamic State (IS). From this point onwards, the organisation established an artificial state which actually worked as an effective governorship characterised for a complex structure that went from the caliph figure, in this case Al Baghdadi, to different local “governors” who acted in name of their leader. The Syrian city of Raqqa situated in the north-east of the country, became the capital of the artificial state. The Syrian-Iraqi frontier was then a corridor for smuggling, and the acquisition of weapons and new jihadists.

The origins of ISIS/ISIL have been a taboo theme for international media and the Western world. There is no doubt that religious radicalisation is an issue that needs to be addressed, but we must not conceive terrorism and Islamic radicalisation as a mere product of Islamic fundamentalism. Geopolitical interests have played a crucial role in the uprising of terrorist groups in the past as in the case of Al Qaeda during the War of Afghanistan (1978), and in the present, with ISIS/ISIL. When foreign policies act in the “hard power” mood, the protection of geopolitical interests weigh more than any human protection and the respect of sovereignty; state terrorism can be sometimes more frightening than any blast or terrorist  attack.