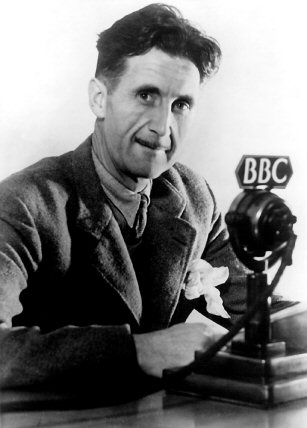 “So long as they (the Proles) continued to work and breed, their other activities were without importance. Left to themselves, like cattle turned loose upon the plains of Argentina, they had reverted to a style of life that appeared to be natural to them, a sort of ancestral pattern… Heavy physical work, the care of home and children, petty quarrels with neighbors, films, football, beer and above all, gambling filled up the horizon of their minds. To keep them in control was not difficult.”

It is impossible to read Orwell’s 1984 and not think about the resemblances of that fictitious society with our own one. Control of power and consciousness are in the book the two driving forces that allow the party to define the reality of 1984 society; a society whose thought limits to “petty quarrels with neighbors, films, football, beer and above all, gambling”. 1984’s society is the fish which swallows the bait that the fisherman, or why not, Big Brother and his party in the book, prepare with what they consider tempting in the submerged world of the fish. On a continuous loop 1984 proletarian class bites the bait and refuses to acknowledge what is beyond their conventional reality blinded by football, beer, reproduction and carelessness.
Exaggeration is part of literature but is one of the most valuable devices when denouncing a situation of repression. This is why I consider that Orwell’s description is not very far away from the way society sleeps on well known issues such as corruption, fake news or populism. What it really differentiates 1984’s proletarian class from the current western working class, is the latter’s capacity to recognize other realities beyond a single one, in other words, our globalized world provides us methods to educate ourselves and thus have critical thinking. However, in the same way as the “Prole class” in Orwell’s work, nowadays western working class is easily mobilized by vague promises, patriotic slogans and fleeting pleasures that like a drug, inflict in them an intense adrenaline rush before they are hit by reality again.

In the book, the ruling party Ingsoc convinces people that its slogan, “War is Peace. Freedom Is Slavery. Ignorance is Strength.,” reflects the beliefs needed to construct a powerful and rich society, when actually the absorption of that motto’s contradictions allows the party to control the minds of the population. Once a population assume unwittingly the values imposed by a party, leader or public figure, as the ones that define their reality and expectations, people are giving away their capacity to be critical and conscious of their own decisions. In 1984 the Big Brother and the Ingsoc mobilized “Oceania” population by warring against Eastasia first, and Eurasia later. In Orwell’s book it is war the main tool to veil society under a blind patriotism which covers the raw reality of a brainwashed citizenship. Today, there are other tools less expensive and more useful than wars; populism together with fake news and strong cultural influence, are elements that combined form an ideological weapon able to destroy reason and common sense. If people vote for a showman like Donald Trump who lives in his sexiest, racist and homophobic bubble, there is no doubt that there is a huge lack of critical thought. Relatively speaking, “Make America Great Again” is the best example of the fish and bait metaphor; the starving fish sees an irresistible hook in the murky waters of the ocean and desperately, the fish swallows the bait.

Have a critical thinking means choosing what you eat, what you drink, what you watch, and obviously what you vote. It means being able to identify the reality in which one lives and thus decide what are your necessities, priorities and desires. It is not a matter of left, right or centre; it is being consistent with your beliefs and values but always identifying first what and who represents you. As I said before, our globalized world offers us powerful tools which, when used consciously are man’s best friend, but when managed in an unaware state, they manage you. In 1984, media is controlled by the Ingsoc at the extent that they alter reality by not only changing events, but also the past. One of the Ingsoc maxims is “Who controls the past controls the future”, and in order to achieve it, civil servants work day and night to remove past evidence that could complicate the present and future interests of the party. Fake news is the current example of 1984 misinformation; as we know, very often media work in favour of a specific political party, politician, slogan or enterprise that at the same time support newspapers, tv channels and journalists with a similar ideology. Hence, have a critical thinking on a topic depends on how well informed you are so you can take right conclusions of a situation; it is the quest for truthful information what makes critical thinking a merit nowadays.

When you fail to identify the reality you live in, like the fish in the murky ocean, you keep biting the same bait one and again and in a continuous loop, you always end being caught to be the fisherman’s food. The greatest difference with fish and 1984 society is our faculty to hold events in our memory and the capacity to develop a critical thinking, only in that way, we will be able to identify who and what represents us.