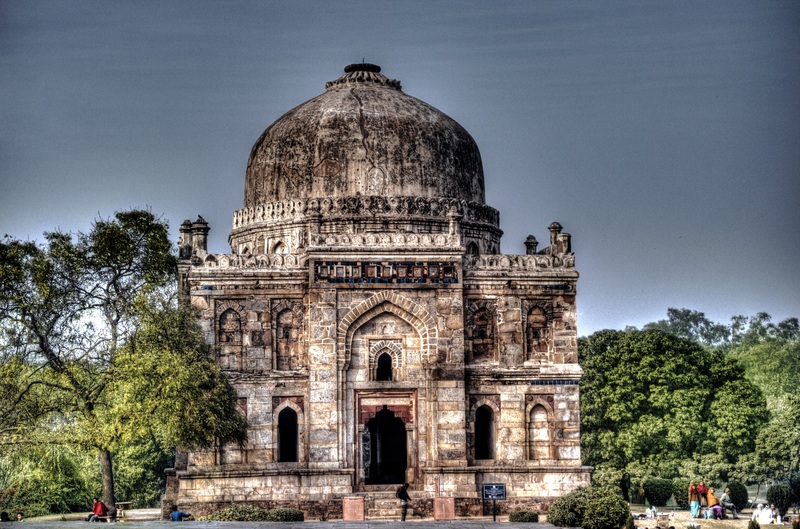 The reconstruction of the past: BJP’s discourse on the Mughals

That India is a secular country has been a fundamental tenet of the nation, which at its foundation refused the partition of the subcontinent and rejected the two-nation theory defended by Pakistan. Given the cultural, ethnical, and religious diversity of the country, secularism guarantees that everyone has a place in it. Yet, ever since the rise of Hindu nationalism in the late 90s, and especially since the electoral victory of the Bharatiya Janata Party (BJP) in 2014, there has been a recurring attempt to undermine the secularism of India and its diversity.

An essential task in this endeavour has been to reconstruct Indian national history, to promote a particular understanding of the nation based on Hinduism. This understanding promotes that Hinduism is the natural religion of the subcontinent, and the presence of other religions is a result of invasion, forced conversion and colonisation. In particular, it is argued that the introduction of Islam to the subcontinent ended the subcontinent’s Golden Age and led to a period of misery, disgrace and darkness that lasted until the country’s independence in 1947.

In this context, the Mughals, the Muslim dynasty that ruled over most of modern India before the establishment of the British Raj, have been the latest target of attack by both government, nationalist historians, and the Hindutva brigade.

There have been several attempts to erase the legacy of the dynasty in the country. Many of them include changing the name of cities, airports, and roads.  In 2014, for example, just after the BJP came into power, a BJP MP from Delhi asked for the name of the Aurangzeb Road, named after one of the Mughals, to be changed to Abdul Kalam Road. More recently, in April 2022, the Delhi BJP president asked the APP-led Delhi government to change the name of 40 villages with Mughal-era names. Even the national monument Taj Mahal, built by Mughal Shah Jahan, has not escaped controversy, as many BJP MPs have been spreading the false information that the building was once a Hindu temple. In addition to that, reforms in the national education, such as the 2020 National Education Policy, ensured that the dynasty is further neglected, and its cultural legacy is downplayed.  In this sense, the new education policy puts a great importance on India’s ancient and modern history, notably ignoring the Medieval period including the Mughal era.

In the case the dynasty is mentioned by the BJP, it is always to emphasize its foreign (and Muslim) condition and the pitfalls of their government.

For instance, Amish Tripati, who was appointed director of the Nehru Centre in London by the Indian Government, claimed that the Mughals did not look Indian but Chinese. This affirmation is extremely misleading.  Although it is true that the Mughals descended from the Central Asian Timurids, who were by no means Chinese, the dynasty ruled for more than 150 years, over which they married to local nobility, including many Rajput princesses.

When it comes to criticizing their government, the most common accusation revolves around Shah Aurangzeb, who is presented as a religious extremist that prohibited Hindu religious celebrations and festivals, persecuted the Hindu population and destroyed innumerable temples. What is more, this accusation has become somewhat representative of the dynasty. While it is true that Aurangzeb did discriminate against the Hindu population of the empire and destroyed Hindu temples, the religious motivation behind these actions is not as clear as the narrative presents it. Aurangzeb’s prohibition on religious celebrations included some Muslim celebrations like Eid al-Fitr; and destruction of temple as a political movement to undermine the authority and prestige of a rival has been an observable phenomenon in India even before the presence of Islam.

This narrative against Aurangzeb has always been present since independence, but the criticism has come to include the dynasty as a whole. In this sense, whereas in the past shah Akbar, who founded the Ibadat Khana at Fatehpur Sikri, a meeting house where members from different religions were encouraged to discuss and debate, was contraposed to Aurangzeb, now he is no longer praised. While Akbar previously represented the humanist and pluralist values of India, now he is either ignored or vilified like other members of the Mughals. In other words, there has been a gradual deterioration of the image of the Mughals as a result of the emergence of Hindu nationalism and the numerous attacks by the BJP.

This constitutes a deliberate political strategy. Through a partial reinterpretation of history, the Mughals are being conceptualised as the enemies of India (it is noteworthy how the BJP seems to find more wrongs in Mughal government than in the posterior British colonial rule). What is more, the Mughals have become a substitute word for referring to the Muslim minority in the country. When political authorities claim that the Mughals do not look Indian or when they downplay their role in the history of the subcontinent, what they are doing is erasing the long history of Islam in the country and framing Muslims as aliens to the nation.

In essence, the reconstruction of the past by the BJP has become another ideological tool to foster and push for Hindu nationalism, attempting to legitimise the discrimination of the Muslim minority in the country.