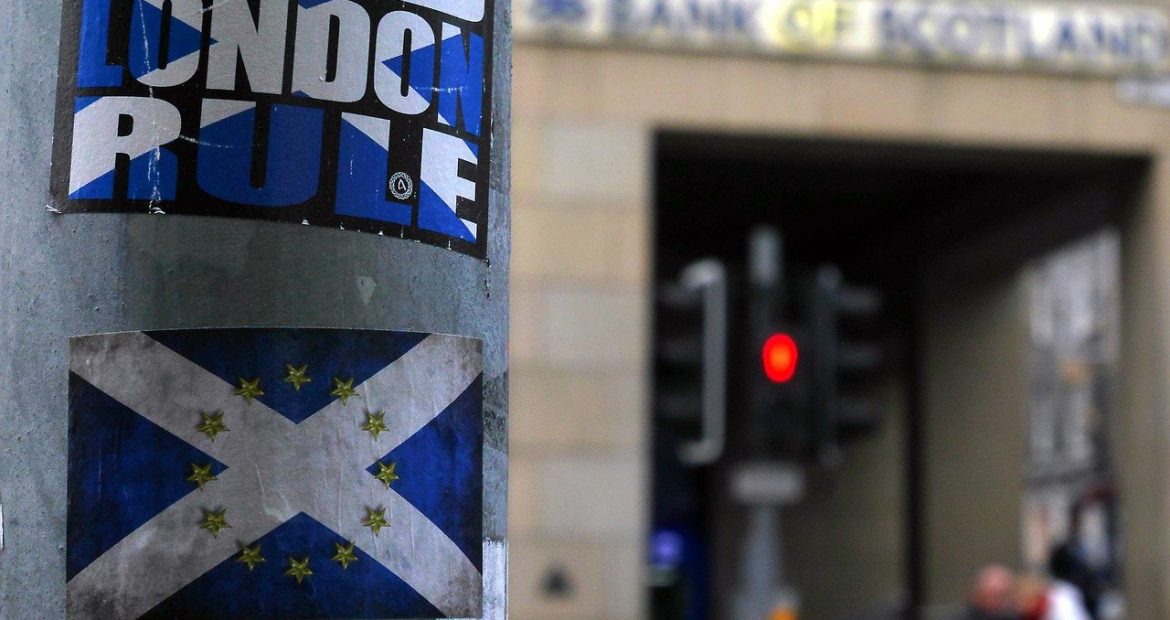 David Cameron’s stint as the Prime Minister of the United Kingdom (2010–2016) oversaw two main constitutional referendums which had the potentiality to change the fate of the United Kingdom irreversibly. In 2014, on the independence referendum, Scotland voted by 55% to 45% to remain with the Union. In another pivotal referendum on Brexit, Britons voted by 52% to 48% to leave the European Union. However, on the other side of the aisle, Scots, more Europhile than the British, voted by 62% to 38% to remain with the European Union. Since then, the issues revolving around Brexit have reignited the bagpipers’ desire to have a separate independent domain of their own.

Historically, Scotland’s union with the United Kingdom has always been based on the Scottish consent. There was little interference from the UK government in the socio-political, religious and educational spheres of Scotland. However, towards the later half of the twentieth century, especially during the reign of Margaret Thatcher, London’s legitimacy eroded in the eyes of the Scottish commoners and the establishment of the Scottish Parliament in 1999 was seen as the stepping stone for future independence and sovereignty by the nationalists in Scotland. Post 1999, with the establishment of a devolved parliament, the political beliefs of the Scots gradually became different from that of the fellow Britons. However, in 2014, when given a choice, the Scots chose to remain. Things became complicated with the advent of Brexit under Boris Johnson, who rebuked and rejected the EU’s single market and custom union, along with the Erasmus Programme as well, which is highly popular among the Scottish students and provides an option for easy migration across Europe: all these aspects of the European Union enjoy popularity among the common masses and a justification to that is the overwhelming support for the European Union when 62% of the Scots voted to remain in the EU. However, as Brexit became evident, there was a common feeling that the voices of the Scottish MPs in Westminster Parliament were powerless and they no longer had the ability to decide the prospects of Scotland as long as it is a part of the UK.

One of the prime reasons for Scotland to vote in favour of remaining with the United Kingdom back in the year 2014, was because of the UK’s long standing membership with the European Union. When the UK initiated to leave the European Union in 2016, it seemed more as a betrayal of Scottish trust. Scotland always had common ground with the European Union, be it in terms of policies especially in the green energy sector along with pro-immigration policies and have common challenges in terms of demographic dividends and urban decay in terms of infrastructure and planning. Despite Scottish calls for greater trade engagement with the European Union, the UK has brokered an appalling and underwhelming trade deal with the bloc, causing immense discontent among the Scottish masses. Moreover, over the years, there has also been a consensus among the Scottish masses that they are underrepresented in the overall political affairs of the United Kingdom. There is also limited power vested in the Scottish Parliament with foreign policy, defence and security still controlled by London. Scotland is also prohibited from engaging in any diplomatic talks with other nations without going through the UK foreign policy establishment.

Several industries of Scotland have been severely affected by Brexit. However, there is a belief that independence would give the Scots the opportunity to mitigate the damage and take control of their economy. Scottish fisheries, for instance, would get a chance to renegotiate trade deals with the EU, thus ending years of bureaucratic red tape by Brexit. Independence would provide autonomy and control to Scotland over its oil and natural gas resources, which currently contributes to 96% and 63% of UK’s oil and natural gas production respectively. Moreover, Scotland’s long desire to switch to green energy initiatives would also take prominent shape with its independence. Another historic ground breaking event is the re-election of Nicola Sturgeon who leads the nationalist and pro-independence Scottish National Party (SNP) in the recently concluded parliamentary elections. Nicola Sturgeon is likely to push for another referendum for Scottish independence, just like in 2014 and she stresses on the fact that the referendum is only a “matter of when rather than if”. The First Minister of Scotland has been praised for her effective handling of the COVID-19 pandemic situation in Scotland, thanks to effective lockdown and curfew measures, which has been a far cry from how London has inefficiently dealt with the pandemic scenario.  The effective handling of the COVID-19 pandemic has also spurred strong support for Scottish independence, with 50% percent or more, in favour of independence and the figure rising to 70% among the 16-34 demographic. However, Scottish independence remains far more a complex scenario on paper.

Section 30 of the 1998 Scotland Act permits the Scottish parliament to pass legislations, including holding independence referendums, however it needs the approval of the UK Prime Minister first. PM Boris Johnson has vehemently opposed the idea of an independent Scottish State and will deny any powers to hold referendums, arguing that the 2014 referendum was meant for once in a generation and not to be repeated on regular intervals. Also, the Eurosceptics in Scotland argue that leaving the UK would be economically damaging, predicting the effects of economical drainage to be three times more than that of Brexit but the nationalists on the other hand, firmly believe that joining the European Union would be fruitful in all spheres of development and independence would finally “bring matters in their own hands”. In terms of joining the European Union, Scotland would need to be sovereign and independent first to join the bloc. It would also need to follow the procedures outlined in Article 49 of the Treaty of the European Union, requiring unanimous consent of all the twenty seven member states of the European Union and also the adoption of the Euro as the currency. Negotiations for accession with the European Union are much likely to be more cordial, as compared to secession talks with the UK, given Scotland’s record of upholding democracy and rule of law and operating an effective market economy. The EU also has a demonstrated history of working towards providing leverage towards newly independent, young nations who join the EU through a ready-made currency, trade policy and large consumer market and Scotland is likely to fit in well as a member of the Bloc.

Joining the European Union would at least take a minimum of a decade, given the multiple procedures and negotiations that outline the process. Also, independence from the United Kingdom would rely on the political will of the UK Prime Minister to agree to a referendum and succumbing to pressure from the Scottish counterparts who claim that it would be undemocratic to not hold a referendum which would detest the will and desire of the common masses and undermine the democratic spirit of the UK, which it proudly boasts of on the international stage and also alter the status quo of a voluntary unionship which began in 1707 into a compelled one. The Scottish independence movement is also likely to spur subnational movements in places such as Catalonia and also in its neighbours: Wales and Northern Ireland and open up the possibility of rekindling independence movements in Europe. The “independent journey” from Edinburgh to Brussels may appear to be remote in this immediate ongoing pandemic scenario, but it may soon be a reality in the distant future.