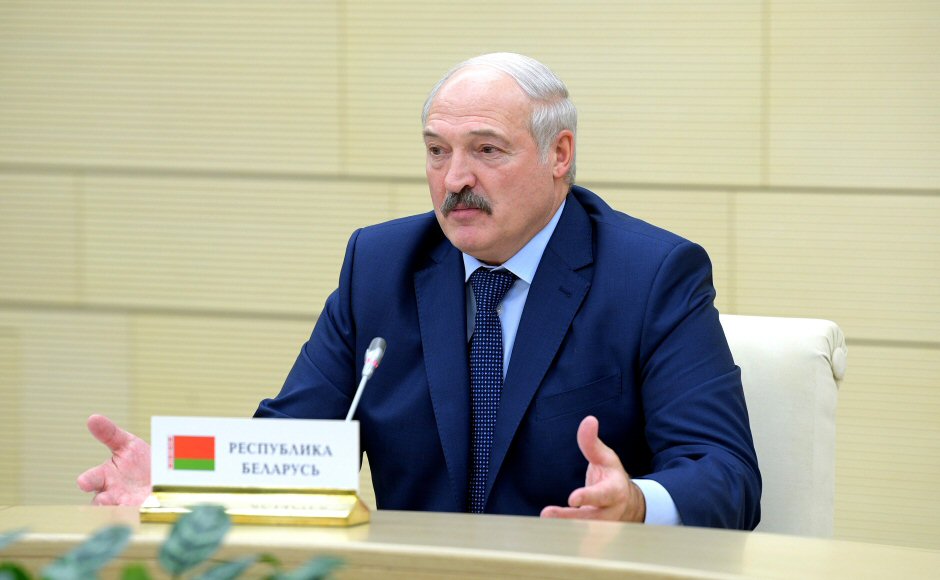 On May 23rd, a Ryanair jet departing from Greece and directed to Lithuania was diverted and landed on Belarusian soil. The reason, supposedly, was a bomb threat from Hamas, which sent an email to the company stating that:

“We, Hamas soldiers, demand that Israel cease fire in the Gaza Strip. We demand that the European Union abandon its support for Israel in this war. We know that the participants of Delphi Economic Forum are returning home on May 23 via flight FR4978. A bomb has been planted onto this aircraft. If you don’t meet our demands the bomb will explode on May 23 over Vilnius”.

The group soon denied its involvement in the affair.

In reality, the forced landing was ordered by Lukashenko. The plane in question carried a dissident Belarusian journalist and activist, Roman Protasevich, who was traveling with his girlfriend, Sofia Sapega, a Russian national. Testimonials said that when the crew announced the plane’s deviation to Belarus, Roman went in desperation and began distributing his personal affairs to his girlfriend and other people aboard. As soon as the plane landed, the couple was imprisoned and around 150 passengers (most of which, EU citizens) were taken in for questioning. Testimonials referred to news outlets that Mr. Protasevich expressed concerns for his safety, affirming that a death penalty awaited him in Belarus. The journalist had indeed been put on a list of individuals involved with terrorism due to a supposed accusation of his personal military involvement in Ukraine – a charge that implies a capital punishment sentence in Belarus. The punishment for causing mass unrest, however, is up to 15 years of incarceration.

The family of the journalist has also expressed their concerns over his physical integrity. Indeed, a video was released in which Mr. Protasevich, visibly in distress, confesses to having taken part in the organization of protests, pleads guilty, and affirms that he has been treated with humanity and in conformity with the law by Belarusian authorities. The journalist’s family believes Protasevich has been forced to confess, and discussed the possibility that he may have suffered from torture and ill-treatment in prison. On June 25th, it was disclosed that the couple had been put on house arrest, but Mr. Protasevich’s location has not been revealed.

The international response has been said to be blatant. Strong words were used – “premeditated hijacking”; “state terrorism”; “an attack on democracy, freedom of expression and European sovereignty”. Belarus’ air space was banned and sanctions over the 7 most-productive Belarusian industries and specific personalities were put in place. But are those measures proportionate to the terror and brutality that Belarus’ government has been inflicting mostly on its citizens, but also over Europe?

Lukashenko, a political leader who has been in power for 26 years, instrumentalized a “terror group” (if we may actually characterize Hamas that way), and has been actively using terror tactics himself in order to track whom he describes as “terrorist” – their political opponents. Moreover, he has actively securitized the media – making media professionals tout à fait State enemies –, turning Belarus into the most dangerous country to be a journalist in 2020. Plus, around 35,000 Belarusian citizens are imprisoned for protesting and similar charges – of which 400 are acknowledged political prisoners – where they risk being tortured and abused, and tens of thousands have already fled the country.

The world needs to talk about Belarus, and we urgently need to decide whether those fundamental rights Lukashenko consistently violates are effectively universal, or merely rhetorical. But we also need to discuss how easy it has been to exploit terrorism in order to call out a disproportionate response over “national security”, impose repression, violate human rights and achieve domestic political goals. We are seeing how it is being systematically done in China, which nonetheless seems so far away. Now, Belarus is just around the corner. We need to urgently impose effective mechanisms to protect activists, systematically provide asylum and due security assistance to Belarusians in need, while properly investigating the incident in order both to provide transparency and ensure that such a criminal attempt never happens again.