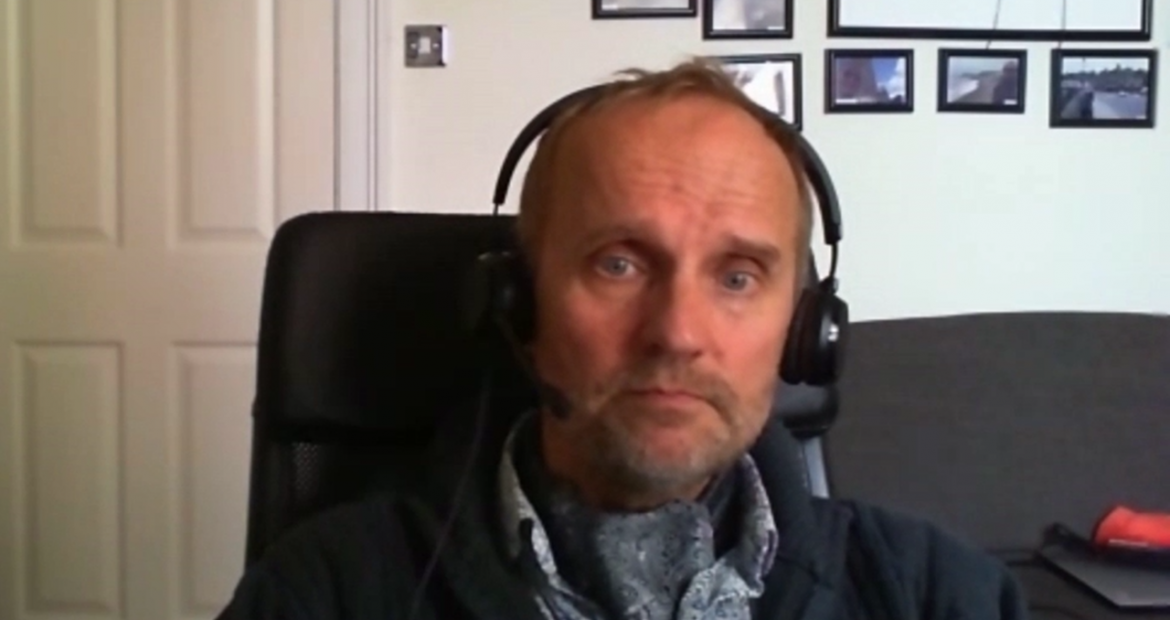 Approaches to conflicts in fragile states: A discussion about humanitarian interventionism and non-violent methods in conflict and peacebuilding

Interview by Isabella Moggs, ICRP | Traditional humanitarian interventions have been seen to increase conflict fatalities and cause more harm than good when intervening in fragile states. This interview with Professor Timo Kivimaki discusses how shifting away from traditional military approaches and towards dialogue and understanding can be more productive in bringing peace and significantly reduce conflict fatalities in fragile states.

Professor Timo Kivimaki is a professor of international relations at the University of Bath in the United Kingdom. He does research on peace and conflicts and has tried to help peace processes also in practice. He has helped 11 governments in their efforts at peace by doing analyses and capacity building when they prepare for their peace negotiations or when designing their strategies of conflict prevention. He was an advisor to the former president of Finland, Mr. Martti Ahtisaari, in his mediation of the Aceh Peace Talks, for which President Ahtisaari earned his Nobel Peace Prize. Under Indonesia’s vice president Jusuf Kalla, Professor Kivimaki initiated, together with an Indonesian professor, the peace process between ethnic groups in West Kalimantan, Indonesia.

Your work focuses on peace and conflict studies, and interventions in fragile states. What inspired you to follow this line of research and work?

This is my current area of interest, and it is mainly because of the fact that 98% of conflict fatalities are produced in countries that we classify as fragile, so this fragile states question is at the core of conflict studies. Escalated fatalities of organised violence take place only after we outsiders have intervened in these conflicts to protect civilians or punish perpetrators such as terrorists and dictators for violence against civilians, so it seems clear that we need to clarify how to intervene and what to do, and how not to intervene, to protect people from organised violence.

I found your publication The Failure to Protect: The Path to and Consequences of Humanitarian Interventionism very insightful into the impact and extent of the effectiveness of humanitarian interventions into conflict in fragile states, and the role soft-power approaches and diplomatic avenues could play in lieu of the militaristic approach. In the book, you discuss the paradoxes of protection in new wars; could you please explain these paradoxes?

The main paradox is that interventions escalate rather than de-escalate conflicts. My studies show that during the first year of interventions conflict fatalities tend to go up more than seven-fold even though the intention is to bring down violence. However, my new book that comes out May 2021 shows that the United Nations does it better; fatalities are brought effectively down in almost all UN peacekeeping operations. Even though our media often describes UN peacekeeping operations as ineffective and assumes that unilateral great powers interventions are needed because of the lack of effectiveness of the UN, the truth is that the UN approach, which is often less militaristic and more compassionate and development-oriented, actually manages to tackle organised violence in fragile states.

Non-intervention is argued by realists as being the long-term solution for stability and peace in fragile states, following the argument that violence is necessary for the early stages of state-building. On the other hand, there is the argument that force should be used to block violent opportunities from furthering conflicts and that humanitarian interventions should be used to re-establish a monopoly over the legitimate use of violence. What are your thoughts on how both approaches could be balanced to support fragile states in state-building without the increased violence and conflict fatalities that have been proven to follow humanitarian interventions?

I think the standard cosmopolitan interventionist thinking is wrong because it focuses on good intentions, and they often neglect the consequences of interventions and that’s where I think the current political thinking is wrong. I think legitimate representative agents like the UN can do things, they can keep conflicting parties from each other and if they respect the right of conflicting parties to find their own local solutions to their own conflicts I think they often manage to help solve the situation. Furthermore, there seems to be a strong association between the UN focus on developmental human security and the success of UN peacekeeping. Violence can be reduced if we tackle the real problems and care about the people in conflicts, rather than seeing conflicts as something where we have to fight the bad guys who need to be punished. I think we should be focusing on issues relating to poverty and economic insecurities. I don’t think it is useful to tackle and try to deal with the conflict and violence by simply punishing the bad guys, and thinking that there are just bad guys and good guys. It is much more complicated and we need much more compassion to deal with conflicts.

Studies have shown that women’s inclusion in conflict and peacebuilding significantly increases the sustainability of peace. Would taking a more feminist human security approach to interventions reduce the need for violent force that some argue as being necessary to the early stages of statebuilding?

I don’t want to think that there is a feminist or feminine approach to conflicts, but I would say that there is this fallacy, this understanding that conflicts and security has to be dealt with in a very stereotypical masculine way and that is simply wrong. I think you’re right in the sense that approaches that are stereotypically masculine in reality are often counterproductive. I revealed this by looking at the association in time and operations between masculine language and conflict fatalities, so it seems quite clear on the basis of very robust quantity analysis that stereotypical powerful approaches are counterproductive; they increase the number of fatalities rather than bringing conflicts down. I do think states need law enforcement, but I think they need it only once there is consensus on what law and norms are. In the international community, we often think that whatever we believe is the norm or the law applies, and then we start enforcing our understanding of the norm, and that is where it goes wrong, where our approach is too stereotypically masculine. Before enforcing anything we will have to have dialogue on what kind of norms we want to exist and simply imposing our norms on others is what often explains why humanitarian interventions have been so inhumane. It also explains why the UN is better than great powers in their efforts at reducing organised violence. The UN tends to negotiate whereas unilateral powers often tend to demonize conflicting parties, demonize their enemies. The negotiating approach works whereas the demonizing approach doesn’t work, and I think this is also why stereotypical masculine approaches do not work, why men are assumed to favor robust means and decisive solutions that are exactly what doesn’t work. That is why we do need women and we do need to get rid of this stereotypical masculine approach to conflicts. We need softer approaches.

The first example is the fact that the UN negotiates endlessly, and if you negotiate endlessly you respect the views and values of others rather than imposing your own values. What I often mean by power-centricity is that if I think that in order to resolve a conflict your behaviour needs to change and I need to use power to change your behaviour; that is what normally doesn’t work. If both sides feel that way they just impose their views on others, whereas the UN approach is negotiating and that approach is in that sense less power-centric because it respects the others and their views. There is also a very strong correlation in the way UN operations focus on development for example, on what they can help conflicting parties with. That means they want to change their own behaviour first to help the situation, and that works better not just in saving lives from poverty but also in saving lives from violence.

Cultural diplomacy, the practice of the exchange of ideas, values, traditions, and other cultural aspects to strengthen relationships, enhance intercultural cooperation and promote national interests has been identified as being increasingly important in the globalized world and can be used as a tool of soft-power in peace-building. To what extent do you believe this can be an effective means of peacebuilding between groups involved in intrastate conflict, and how can intervening powers facilitate this in place of imposing top-down cosmopolitan values?

I think dialogue between cultures and countries and religious groups or conflicting parties is what respects people with their own efforts at peace and thus I think it is the only way to peace and progress. Peace is always relational and we cannot have peace by looking at our own security only; we need that interaction and this is also why the UN succeeds as it aims at separating conflicting parties in order to facilitate their interaction and their non-violent dialogue. This is something civil society organisations can do: promoting dialogue does help peace.

Often an issue with interventions is their legitimacy, and this is partially related to the colonialist/imperialist legacy of intervening powers and the mistrust that accompanies them. Do you think that promoting cultural diplomacy not only between groups within the conflict but also between the western powers and fragile states, could bring more legitimacy to humanitarian interventions and humanitarian aid missions?

It is different between humanitarian and military interventions and aid interventions. Cultural diplomacy is necessary but not for the winning of the hearts and minds of people. We shouldn’t want to win the hearts and minds for us, it is better to think of cultural diplomacy as mutual learning that we also can learn from because if our humanitarian interventions have increased fatalities seven-fold then clearly we haven’t understood the countries that we operate in so we need to learn as well. I support cultural diplomacy between us westerners and fragile states but not so that it is for us to win them over in the colonialist manner as was mentioned, but rather so we can learn from each other.

From your knowledge and experience in this field of study, to what extent do you believe that in the current global political situation, non-violent means of conflict and peace-building have the potential to overtake military interventions as a response to armed conflicts or human rights atrocities?

I normally don’t predict because predicting is difficult, especially predicting the future, but the thing is that obviously it also depends on what we want. I would be very optimistic about the potential; if we move to softer means we will be more effective, but whether we will depends on big powers and I don’t see that right now. I think what we can do at this stage is we can produce more of the scientific knowledge that shows that it is more beneficial to do non-military things, to do cultural diplomacy, to do interaction rather than interventions. But whether countries, big powers, want to do that is up to them, and they should.

What do you perceive to be the most important steps needed to be taken to facilitate this?

I’ve thought of my own role as a scholar. I think we do need to produce evidence of the benefits of non-violent action because it seems that is clearly the case. It is then the task of others like the Institute for Cultural Relations Policy to promote this knowledge and translate this theory that we universities produce into practice and into reality.