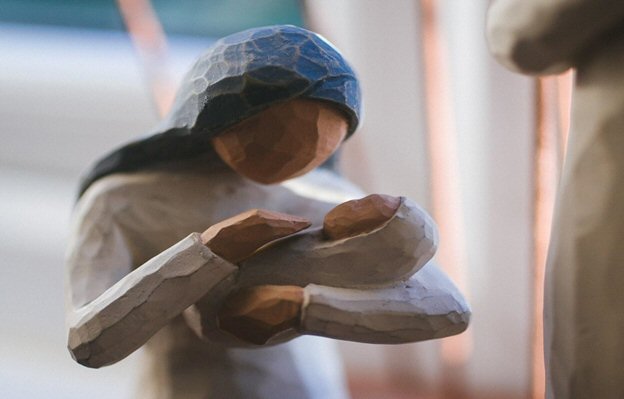 Angela was just 14 the first time she got pregnant. It was her first sexual experience. She says “I wanted to cry; I was pushing him away. But he said he would take responsibility and that he loved me,” her boyfriend’s parents told her contraception had bad side effects and it damaged the uterus, “So I got scared … That’s why I kept getting pregnant.” The first time she got pregnant, she miscarried at seven months. By the time she was 16, she had given birth to another baby. Just a few weeks after the birth, she was pregnant again. Now living with her boyfriend, in a ramshackle hut surrounded by mud, Angela the young mother of four often struggles to scrounge together enough food to feed her family. “Sometimes I cry because my children are suffering as sometimes they have nothing to eat.” But she believes having access to contraception and sex education could have changed the course of her life. (original article published in Aljazeera by Mary Ann Jolley dated 24 Jan 2018)

Adolescent mothers, who should have been the relics of the past when early childbearing was the norm, are still prevalent in the modern scenario both in developed and developing nations. However, while teen pregnancy rates in most countries are declining, the numbers are rising in the Philippines. The United Nations Population Fund (UNFPA) in 2020 reportedly stated that the “Philippines has one of the highest teenage pregnancy rates among the ASEAN member-states.” It documented that “more than 500 Filipino adolescent girls are getting pregnant and giving birth every day,” or above 182,500 births annually. According to the Commission on Population and Development (POPCOM), a Philippine government agency, the number of pregnant children below 15 in the archipelago has doubled in the past 10 years.

The Philippines is currently one of Asia’s fastest-growing economies and health is a basic human right guaranteed by the Philippine Constitution of 1987. The Philippines spends more than 4.40% of its GDP in healthcare infrastructure which is more than many of the developing economies in Asia like India, Indonesia, Malaysia, Qatar, etc. and also provides for universal health care (UHC) system known as Phil Health which covers the entire population. Yet, despite advances in reproductive health law, many Filipino women experience unintended pregnancies,because abortion is highly stigmatized in the country, many who seeks an abortion, undergo unsafe procedures.

Now you may wonder, why is it so? Why are there so many adolescent mothers here? And the answer is, the Philippines laws allow adults to legally engage in sexual intercourse with children as young as 12. Although girls can legally have sex from the age of 12, they need their parents’ permission to get contraception or an HIV test if they are under 18. The country has one of the world’s lowest ages of consent in the world and health workers say this leads to many girls having unprotected sex, which leaves them vulnerable to pregnancy. However, in a recent development,  the congress of the Philippines now looks set to approve a bill to raise the age of sexual consent from age 12 to 16.

Another question that might follow is when the country itself legalizes it, who are we to pour in our suggestions and challenge the laws. The answer is simple, but before that, I would like you to revisit the data mentioned above and understand it in two aspects. Firstly concerning the future of young girls, due to early pregnancy young girls fail to finish basic education, lack adequate skills for remunerative work, and are economically vulnerable, thus perpetuating inter-generational poverty. Moreover, adolescent pregnancies also negatively affect the economy billions forfeited revenues due to “lost opportunities and forgone savings” consequent to early childbearing as most adolescent mothers remain unemployed and unproductive. As a result, the country fails to reap the benefits of a demographic dividend from the potential of a huge young population.

Secondly, the consequences on the health of young mothers are further aggravated in the absence of safe/legal laws on abortion. According to WHO (World Health Organisation), early pregnancy among adolescents results in major health consequences for young mothers and their babies. Pregnancy and childbirth complications are the leading causes of death among adolescent girls globally with teenage pregnancies leading to some 3.9 million unsafe abortions among girls aged between 15 to 19 years old per year, contributing to maternal mortality, morbidity, and lasting health problems. For the Philippines, the Statistics are hard to come by, but according to a 2013 report by the Guttmacher Institute, a US-based sexual and reproductive rights organization, 610,000 women in the Philippines had abortions in 2012, nearly all of them in secret and without the benefit of doctors or nurses, and about 1,000 women die each year from abortion complications.

Many groups in the Philippines, which support laws against abortion and its criminalization cite religious reasons for stating that the Philippines is a predominantly catholic country and it goes against their religious notions. However it is to be noted here that many other predominantly Catholic countries for example Belgium, France, and Italy allow abortion upon a woman’s request, Poland allows abortion to protect a woman’s life and physical health, and in cases of rape, incest, and fetal impairment, Hungary allows abortion up to 12 weeks of gestation, even Spain have liberal abortion laws and allows abortion up to 14 weeks of the pregnancy and thereafter on specific grounds. That is why various women’s rights activists and organizations in the Philippines have advocated for repealing or revising the 1930 Revised Penal Code abortion law (Art. 25618 -259 of the Revised Penal Code) as a restrictive, colonial, and antiquated law that continues to perpetuate discrimination against women.

This brings us to the abortion laws of the Philippines which are among the strictest in the world.  Abortion is illegal under all circumstances. There are also no explicit exceptions to allow abortion in cases of rape, incest, or fetal impairment. The Penal Code considers abortion to be a criminal offense punishable by up to six years in prison for doctors and midwives who perform abortions and by 2‒6 years in prison for women who undergo the procedure, regardless of the reason. A separate set of laws under the Midwifery Act, Medical Act, and Pharmaceutical Act permit the revocation or suspension of the licenses of any practitioner who performs abortions or provides abortifacients. Although therapeutic abortion is recognized as allowed in the Philippines, the problem is lack of information and the pervasive judgment imposed on women who induce abortion, hence, decriminalizing abortion is an important step towards eliminating discrimination against women and ensuring women’s access to reproductive health services, as abortion is highly stigmatized.

Further, the process of obtaining an abortion in the Philippines is often not straightforward and may involve many methods and attempts, with serious health consequences. Dangerous methods involving the insertion of a catheter or other object into the uterus, which often causes infection and perforations, heavy abdominal pressure or “massage” to expel a fetus, by a traditional practitioner and even trying to self-induce abortions by taking misoprostol (a type of drug) are often resorted too. Thus with abortion decriminalized, women can easily access facilities for safe abortion and post-abortion care will not be impeded. This will in turn not only help to prevent maternal deaths and disability from unsafe abortion complications, But also uphold women’s reproductive rights that state, women has the right to bodily autonomy, her basic right to life, heath, and privacy and should not be forced to carry on a pregnancy. These rights have also been enshrined in the Human Rights Charter, CEDAW, International declarations like the Maputo Protocol in Africa, and at times by the Supreme Court of the Philippines itself.

The traditional belief that women should accept “all the children God gives,” the recent glorification of the fetus as having more value than the woman it is dependent on, and male-dominated culture are all used extremely effectively to justify criminal restrictions. Nevertheless, the need for abortion is one of the defining experiences of having a uterus. Thus to fully explore the potential of law and promote women’s health, the policymakers should undertake even more concrete steps to decriminalize not only the law on abortion by allowing for need-based abortions but also work towards removing the stigma associated with it. This upcoming legislation is indeed a welcoming step but the road ahead is long and tumultuous to secure women’s reproductive rights. Adequate access to contraceptives, better sex- education, and awareness about women’s reproductive rights are to be ensured meanwhile till the legislation sees the light of day.