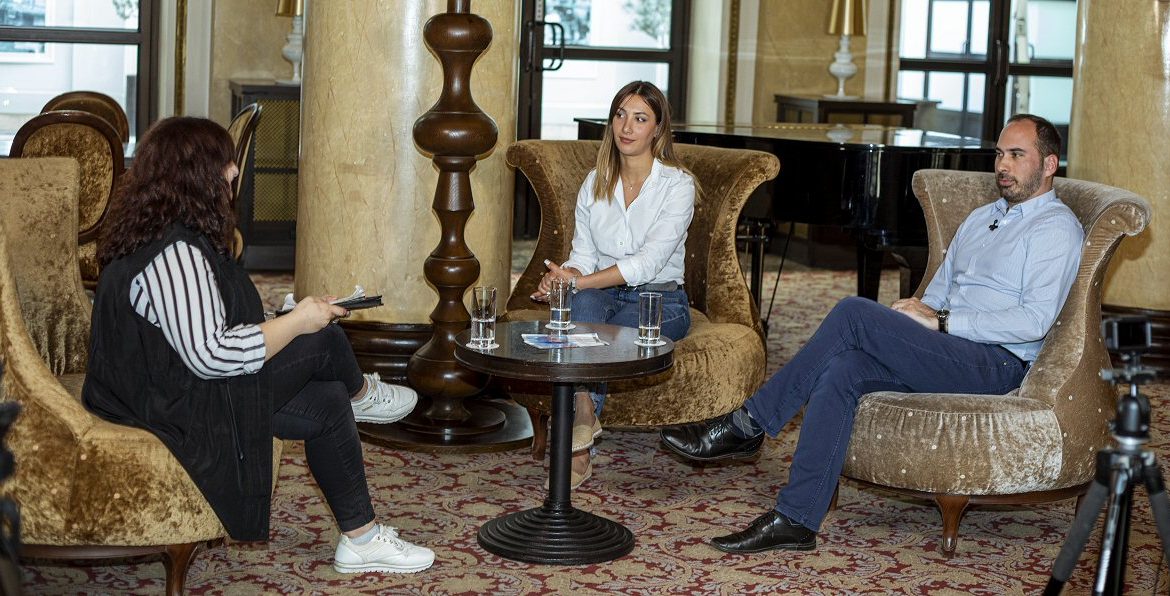 Radio Green Wave’s interview with Andras Lorincz (Institute for Cultural Relations Policy) and Anna Sarkisyan (Georgian Association for Cultural Relations). The representatives of the two organisations explain the aim and activities of their organisations, the importance of cultural relations as a peaceful instrument in international relations and give insights into future plans and activities of their organisations.

Andras, tell us about your organisation.

Our organisation is the Institute for Cultural Relations Policy. It was founded in 2012 in Budapest, Hungary. The organisation is aimed at strengthening cultural relations by fostering scientific education and public discourse of international and cultural relations.
We carry out our activities through educational programmes – such as conferences, large scale events mostly focusing on cultural relations, international relations, economy and other societal issues. We also carry out small-scale events – such as roundtable-discussions and debates on various topics and issues that could be interesting for young people.
We have many publications: we have a monthly magazine that summarise all the international economic, cultural and political issues. Also we have a quarterly journal in which we publish scientific and academic papers. Apart from those we have a series called Human Rights Issues Series, in which we try to focus on some international events that are somehow related to human rights. Also we have a blog where we provide opportunity for young people mostly, to have their world and we also publish their opinion there.
Apart from the events and publications, we are also involved in many international projects, mostly educational projects. Among them there are large-scale ones, mostly run by Erasmus+ Programmes or supported by the International Visegrad Fund.
Apart from these projects we also conduct programmes that are initiated by us or our partner organisations. We have sister organisations now in seven countries: in Georgia, in Finland, in Mali in Africa also… So we are now present in three continents.

Why did you decide to work in Georgia and create an organisation in Georgia?

We have many organisations now all across the world and we would like to spread our mission and vision. Those organisations that were established by us or under our auspices are mainly focusing on activities which are similar to ours. Georgia is a unique country with a unique society and our activity – I believe – is something that is beneficial for the communities of Georgia.

Anna, representative of the Georgian organisation will tell us more about the activities. What is the main goal?

Mainly are activities are educational programmes, such as non-formal education ones, which means we participate as a partner country or partner organisation from Georgia in Erasmus+ projects. We also have an internship programme, which means that not only Georgians but also anyone from any country who want to spend their internship period, can apply to our organisation and be intern here.

Andras, who is you main target group?

Well, we have a primary target group which is basically anyone who is interested in the activities that we carry on, or in international relations. Although we have a specific target group which is young people. Through our activities we mostly can involve young people into our educational projects because we mostly have projects that are funded by the European Commission or the International Visegrad Fund and those projects have their target groups. We have to follow that. So mostly we have a big variety of projects that can be offered for young people – mostly for people aged between 18-35. Although our projects and our programmes are also open for anyone who is basically interested in international and cultural relations.

What kind of opportunities do you create for them?

We have a vast international internship programme. We have interns from all over the world: from the United States through Russia to Indonesia, from basically all continents of the world. Interns usually spend between two and six months in Hungary or in our partner countries and during that time they have the opportunity to get involved in the life or in the activities of an NGO through the events that we organise and through the publications that we carry on. For example we involve them to organise their small-scale projects together and they have the opportunity to learn how to write articles, blog entries or even scientific research papers.

This sounds very interesting! Why did you choose this field?

Anna, why did you choose this field and what is your personal interest?

Firstly I would mention my education also, since I also studied International Relations and as a masters I studied Human Rights and Democracy. Secondly, I would underline my background, since I was born in a country which is quite multicultural and since the organisation focuses on cultural relations, I think that I can have my own input in this organisation and I find this as my main interest.

What are your future plans?