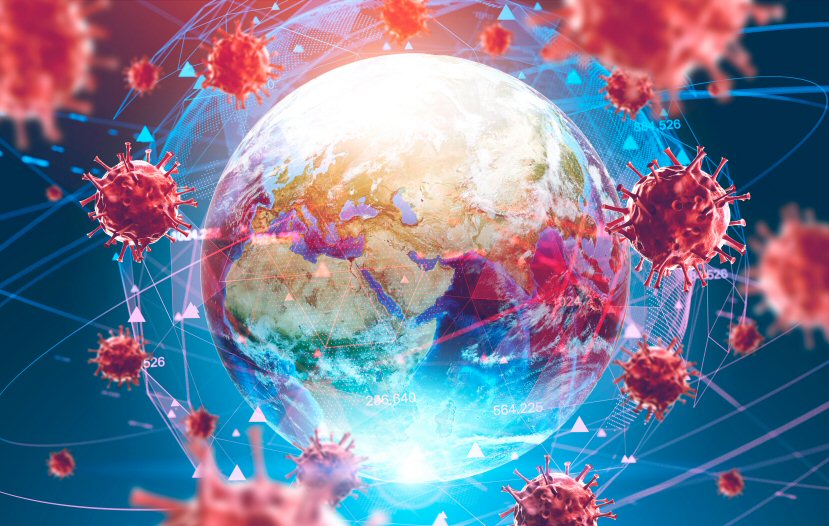 The plague that changed history

Throughout history, epidemics caused by viruses and bacteria – so as the coronavirus today – have been among the biggest enemies of humankind. These invisible enemies have affected economies, societies, and politics. They have a significant impact on us. In the following, I try to explain how the plague led to substantial changes in history and how coronavirus can affect the world.

The plague, which is also known as Black Death, was one of the destructive viruses in history. It was a disaster that led to more death than wars. It started in China and in Central Asia and then spread around the world, especially affecting Europe severely. It is thought that approximately 100 million people in the world, and one of three Europeans died because of it. If we consider the population at that time, it was an unbelievable number.

Before the disaster, there was a feudal system that consisted of the monarch at the top, nobles, wealthy people, merchants and peasants (serfs) at the bottom, respectively, in Europe. Medical knowledge was coming from the past, and the Catholic Church was considered the higher authority on spiritual matters.

Soon after the plague has spread, many people suffered ftom psychological trauma because of widespread deaths. They began to lose their beliefs in the institutions that they trust and depended on without questioning. The feudal system was falling apart, owing to the extensive death of the serfs. Monarchs started to allocate their lands to nobles. The nobles made use of serfs to make a profit from farms for the lord, who paid a percentage to the king. Serfs did not earn anything while they were working for the nobles.

The plague spread and killed people severely and rapidly. It was inevitable to change the system. Because the population reduced and the population significantly decreased, the workforce, the serf’s labour suddenly became important. At this point it was not possible to sustain the system. The lord could not feed himself, his family or could not give pay to the king without the serf’s labour. His estate needed workers to keep the system, but now the serfs who could manage to survive could negotiate for pay and better treatment. After that, the serf’s life conditions began to improve considerably. They had more power than before the plague. Then, they were able to afford better living conditions, clothing, and even some luxury items that were new compared to their previous living conditions.

However, it was difficult to accept all changes. The beneficiaries of the old system tried to regain their power. They wanted to put the serf into the previous condition. However, it ended up uprisings such as the peasant revolt in France in 1358, the guild revolts of 1378, the famous Peasants’ Revolt of London in 1381. Class struggle was going on, but the feudal system was collapsing.

The plague also affected medical knowledge and practices deeply. At this time, the doctor’s experience was coming from some known people like the Roman physician Galen, Hippocrates, and Aristotle. Sources were not original. They were using information from Arabic copies, and they were often inadequate. The doctor’s methods were not working on patients. After the plague, they began to think and question whether the ancient practices were proper for present circumstances. So it meant that they would consider changing or reforming the elder practices.

What is more, because of many people who were writing or translating medical pages in Latin and many theoreticians died due to the disaster, new works on health were written in the vernacular languages. Also, previously, hospitals were used to isolate sick people and keep them away from society. However, after the plague, it slowly began to turn into the predecessors of modern-day hospitals as an institution.

The socio-economic order – which was the feudal system before the plague – began to dissolve and collapse in centuries. It was not a coincidence that it happened after the epidemic. There might have been other reasons to foster the societal change, but the plague definitely was a catalyst. In the upcoming years, the Protestant Reformation started and the agriculture changed to animal husbandry from large-scale grain-farming. The conditions developed and wages increased for urban and rural laborers and many advances related to the Renaissance took place. In other words, the spark turned into a big fire and led up the future.

Today we also faece a severe outbreak. We are still at the beginning of it. We do not know how long it will go on, or we do not know whether it will happen again even we stop it in a short time. It is hard to say that the world has already changed, but it will change and affect society as the plague did. Currently, the world has a capitalist social-economic order; all countries are interdependent and the processes of globalisation are strengthening. This system needs to go on producing, consuming, and making a profit to keep living. However, it seems that there is a fly in the ointment because of the outbreak: quarantine policies, lockdowns, and the necessity of social distance affected economies sharply. Also, economic constrictions and a significant increase in unemployment is anticipated.

As I mentioned before, the feudal system began to collapse because it needed workers to serve the lord. And because of reducing the workforce, the lords could not find serfs to use as in the past, and the system could not work. To clarify, when the system began to break down, nothing could prevent to stop it. We will see whether this historical pattern will occur again or not. However, it is evident that we will see some differences.

Even though globalisation has begun to ramp down after the 2008 crisis, it was an important phenomenon until the outbreak of the coronavirus pandemic. We can say that cross-border transportation and cross-border production were keystones for globalisation. However, now countries closed their borders, and big companies that have investments abroad stopped their activities because of the pandemic. We do not know whether the countries will tend to back to normal after this period is over.

We might see anti-globalisation policies. For instance, China is one of the biggest producer and goods distributor in the world. Some states began to announce that they will sue China because they did not warn about the virus on time. If it turns into a trend and if countries assume an attitude like that, it could affect all economic and commercial affairs among countries.

Today’s system is cruel and wild, like the feudal one. It does not focus on the human and just concentrates on money and profit. As there is no medicine or vaccine against the virus today, the most logical protection is isolation ourselves. However, we see that some countries, especially the United States and other capitalist states, care more about money than people’s health. Maybe we do not have death tolls as in case of former pandemics because of our knowledge and technological developments, but the concerns of fear is beyond the numbers. And it is not to be forgotten that fear is one of the most powerful weapons. What I mean is if the situation gets out of control, it could end up more destructive consequences.

To sum up, disasters that affect people deeply could trigger significant events as it happened in history. They have a considerable force to push people to build a new world order; even if it is not mentioned that often today. Everything will be over one day, and humanity will beat this enemy, but we have to be ready for the change. Especially the states should analyse the situation and predict the future, and then they should create policies to do not be affected severely. If we are ready for change, which may be more peaceful, then we can negotiate on it.