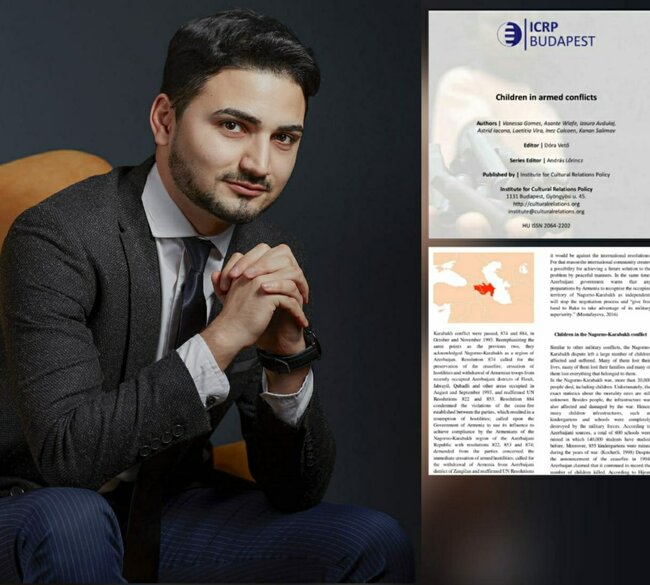 BİG | Kanan Salimov’s article on the fate of children in Nagorno-Karabakh – one of the most important military conflicts in the world – has been published in the internationally recognised book by the renowned ICRP (Institute for Cultural Relations Policy).

During his studies, Kanan participated in international projects in more than 20 countries, and worked with Andras Lorincz, a Hungarian professor and founder of the ICRP. During his internship at the organisation in Budapest, Kanan had been tasked with covering the conflict of Nagorno-Karabakh in the volume on children in armed conflict as a part of Human Rights Issues Series publications.

The article highlights the perspective of children in the Nagorno-Karabakh conflict and the consequences of the war. At the same time, it also emphasises the role of international organisations in the reconciliation process. As a result of the military conflict, more than 1 million Azerbaijani refugees and IDPs have been displaced from their homes – most of them are minors. Children living in Nagorno-Karabakh at that time are still suffering from the effects of war, losing their families and relatives. During the 1990s, thousands children have been deprived of the right to education as a result of the destruction of schools and preschools. Children born after the war also had similar problems.