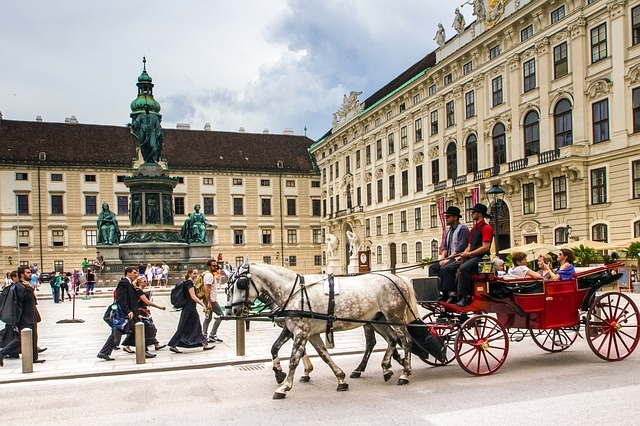 As an organisation focusing on international relations with a special emphasis on culture, the Institute for Cultural Relations Policy initiated a series of interviews with top people of leading cultural institutions. Such organisations not only aim to promote a country’s image but, beyond that, also to contribute to support peaceful patterns of international relations through cultural diplomacy.  These interviews’ aim is to virtually open up the doors of cultural missions and to let us understand how cultural diplomacy works as an instrument of soft power in the 21st century.

What is your opinion on the role of cultural diplomacy in international relations?

Culture is a very important field in international relations, since it helps to promote dialogue in two or more countries. This is true particularly in the case of the European Union, where we have a network of the cultural institutes of the member states. Culture helps supporting the contact between artists and scientists from different countries as well as establishing a network between them. Ultimately, culture fulfils the very important function of bringing people together. That is why the promotion of cultural activities is so important in the framework of diplomacy.

How would describe the relations between Hungary and Austria from a cultural and diplomatic point of view?

The cultural relations are very intense between the two countries. There are a lot of activities and contacts in the field of science, arts and culture. The Austrian Cultural Forum has the task to promote these activities and to give Austrian scientists and artists the opportunity to present their works in Hungary and help them to establish their own network. One of our aims is to support contemporary artists, especially the ones who are not well known outside of Austria, but through our service they may get recognition on the international stage. In order to fulfil this task, we tend to consider ourselves more like a platform in which everyone can meet and perform: this is the reason why we call the Institute “Cultural Forum”. The word forum refers to openness and dialogue we would like to achieve through our initiatives; we want to present ourselves as an open space, in which people can easily get in touch with each other.

As I said, culture is one of the pillars of diplomatic relations between countries. Within the Austrian foreign policy, there are various institutions promoting different kinds of relations. While we focus on promoting artistic and scientific relations, the Austrian Institute promotes the German language, while the Austrian Trade Centre focuses on trade connections between the countries. There are different actors present in Budapest and also in some other Hungarian cities: since Hungary is a neighbouring country in which we are very active and present, we work hard to promote the bilateral relations of the two countries.

Since Austria and Hungary shared a common history, has it helped the work of the Austrian Forumand also enabled it to find a common ground with Hungarian culture?

I think the history that connects the two countries is a very important part of our work and makes it easier in a way. I also have the feeling that Austrian culture is very welcome in Hungary, also due to the historic relations that we have. In Budapest we regularly run a classic music series which is warmly welcome. Moreover, Austrians always go to Hungary to visit the country and vice versa: the geographic proximity of the two countries helps a lot in promoting Austrian culture. It can be said that cultural exchanges are numerous and lively in both directions.
Moreover, there are two Austrian schools in Budapest with many Hungarian students, and we try to invite them to our events in order to improve cultural exchange with young adults. We also have cooperation concerning the language – not only in Budapest, but also in other major cities in Hungary.

I have noticed from your website that music and literature are two of the leitmotivs of the events organised. Do you think that Hungary and Austria share a common taste in this field?

I think that can be said especially for music. As far as literature is concerned, I think that there is still potential to translate Austrian authors into Hungarian. There is indeed a lot of interest in the Hungarian public towards this topic, but I would say that the potential is not exploited. This is also linked to economic reasons: the Austrian Cultural Forum’s aim is not to help big publishing houses to publish Austrian authors. Nonetheless, we try to improve the literature exchange, for example with the Budapest Book Festival in autumn. We also have a German speaking stand at the International Book Fair.

The Forum puts great effort into representing Austrian young artists in Hungary. Do you think this improves the links between the two artistic worlds?

The support of young artists is one of our core policies. We try to help them to get an international network. Quite recently, we brought an artist to Hungary, and after coming here several times, he made his own contact and now he does not need us anymore. It can be said that we are a launching place, from which they can keep going on their own. Our aim is to promote their development. Moreover, even though we cannot pay high fees for the artists, they recognise the importance and opportunities behind the proposition we make them. The term “young” artists is not only referred to an age criteria: even older people that have just started their career in the artistic world can be promoted by our Forum in other to increase their network.

Which are the future plans of the Forum and are there any projects soon-to-belaunched in the next month?

We follow a really busy schedule: every year we organise around 240 events and we have 60 thousands visitors. This program covers a whole range of fields. Every year we focus on one topic; since this year marks the 30th anniversary of the fall of the iron curtain, we are going to talk about that. In the following months we will organise artistic expositions and scientific conferences regarding it. We also work in the EU framework: from literature, to music, to language. This is very important for us, since it helps to promote the European identity, as well as the dialogue between different cultures.
A fourth goal is in connection with human rights. Last year we organized a round table regarding human trafficking. This year we are planning to organise film presentations in which human rights are concerned.

If someone has never been to Austria and does not know Austrian culture, what would you suggest them to do in order to get to know more about it?

First of all I would ask them, what kind of culture they like (e.g. music, arts, contemporary or classic arts). If they really like arts, I would recommend them to go to the city centre and look at the wonderful historic buildings. Moreover, I would suggest to go to an exhibition or in a museum, in order to get an idea of how big and various the Austrian artistic world is. If somebody prefers music, then there is the possibility to visit the Opera and many other concerts and music festivals.