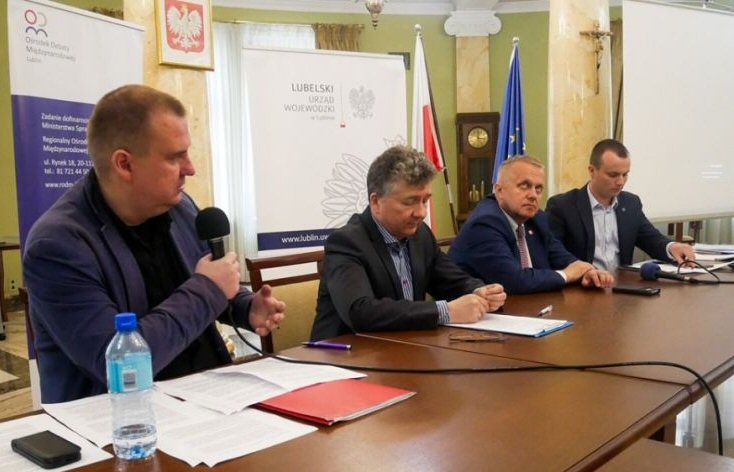 ICRP among the honorary patrons of the Visegrad School

UMCS.PL | The first event of the Visegrad School was implemented on the 29th May this year in Lublin. The educational and training project involved students and doctoral students of Lublin universities, aiming to broaden their knowledge in the field of geopolitics, international relations, history, energy security and international law, with particular emphasis on member countries to the Visegrad Group. Altogether 55 people took part in the project, mainly from Maria Curie-Skłodowska University and John Paul II Catholic University of Lublin. Classes were held at the Faculty of Political Science at the MCSU. The organiser of the Visegrad School was the Regional Center for International Debate in Lublin, in cooperation with the Faculty of Political Science of MCSU. The honorary patrons of the event were the Institute of Central Europe, Institute of Political Science of the Slovak Academy of Sciences, Polish Research Institute and Museum in Budapest and the Institute for Cultural Relations Policy in Budapest. The project’s scientific supervisor was dr Łukasz Lewkowicz.