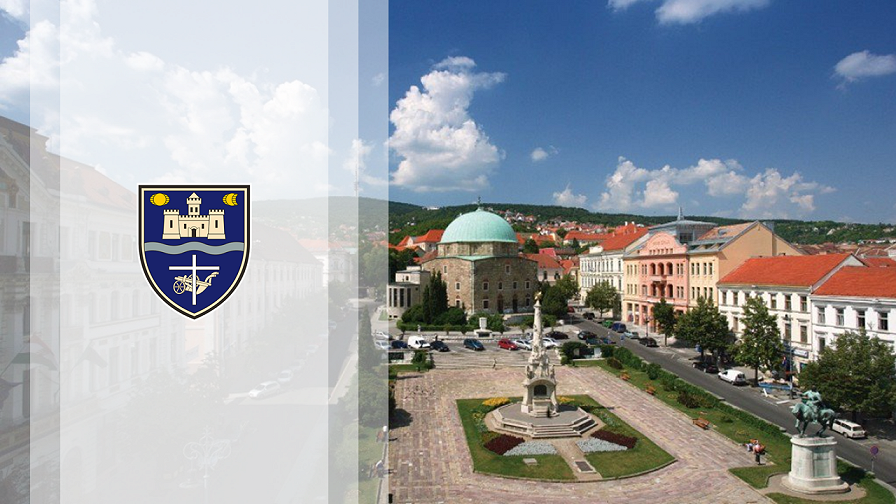 Multicultural Pécs – Germans in the City of Culture

The ability of citizens to participate in political processes despite ethnicity, religion, and other backgrounds is the core value of a democratic country and human rights. Minority self-government is an important method or process of enabling some of the citizens to participate in the shaping of legislation and governmental policy. ICRP’s “Multicultural Pécs” interview series aims to demonstrate the significance of the minority self-governments and the role of minority representation in Hungary. In minority populated regions local self-governments have a vivid role in intercultural dialogue and cultural relations. The location for the interviews is Pécs. The fifth-largest city of Hungary in the south-west of the country is unique with its diversity of cultural life and multi ethnicity. The first interview was conducted with the leader of the German self-government: János Flódung.

In what ways do minority self-governments help their local community?

Since 1994 there is a German self-government in the city of Pécs/Fünfkirchen. In the last few years, the members of this body have set themselves the goal of reviving, strengthening and further developing the identity of the German urban population which was almost lost after the Second World War. The revival of this identity – which includes the identity of individual people on the one hand, and the collective German/Hungarian-German (ungarndeutsch) identity on the other – is a long process that is constantly exposed to challenges in our everyday lives. According to the last census (2011), 6565 citizens in the city professed their German identity – 4.2% of the city’s total population. Whether these figures reflect the truth, whether only this many Germans actually live in Pécs, is doubtful. To hold major debates on these questions would be misleading and useless from the point of view of our nationality. The task and vocation of our body is rather to enable the citizens of this city and its surroundings to find their way back to their German roots, to cultivate and pass them on in everyday life. It follows from this that the German Self-Government of Pécs sees its task primarily in the fact that the authentic elements of our identity and the experience of “being Hungarian-German” help individuals as well as our community to become self-evident in everyday life in the city. Our most important partners in this mission are “Hungarian-German” schools, associations and other civil organizations, but we also have a lively cooperation with other nationalities of the City as well as with the city administration.

What makes your national community different from other groups living in this region? Which customs, opinions, position in society make it different?

Hungarian-Germans rebuilt this region after the Turkish occupation at the beginning of the 18th century. Until the 2nd World War this nationality was very present in all areas of everyday life, but after the war the Germans of Hungary were collectively condemned as scapegoats. This led to two major traumas of this nationality: the deportation to the Soviet Union for forced labour and the expropriation and expulsion of our grandparents and parents. Two generations grew up with taboos, yet today we can say that Hungarian Germans have the strongest community life in the nationality area.

What other (cultural, educational or rights advocacy) organizations are you cooperating with on local level?

Pécs is a stronghold of the Hungarian-German school system. You can learn German here from kindergarten to university degree. We work together with these institutions, but there are also civil organisations of our nationality in the city and the region with which we regularly cooperate. Every year we organize about 15-20 events and reach several thousand people in our city.

Is the church playing a significant role in community-building?

Are you in contact with and do you have the support of your mother country?

The links with the mother country were particularly strong in the 1980s and 1990s. At present we are trying to rethink and reorganize these relations. Their support is occasional and is usually linked to a goal or project. Hungarian-Germans are not more important from Berlin’s point of view than species threatened with extinction in Africa.

What is the role of the local media in raising awareness of ethnic minorities?

The local media report about us regularly, but for that we also have to be present. We have to show ourselves with authentic programs, so in our case it is very good that a member of the German self-government is active in the media.

Is there a cooperation between yours and other local minority self-governments?

There is a Nationalities Council in the city of Pécs. We work together in some areas and we also organise joint programs.

What is the role of the local ethnic minority bodies in order to promote good ethnic relations among its population?

We try with all possible means to strengthen the elements of our identity in the everyday life of the population. It is a long process from perception to practice. In some areas we have already achieved results, but in other areas we are still at the beginning of a long journey.

What do you think, what are the most important tools for preservation of cultural diversity locally?

In my opinion, the most important requirement would be the promotion of the mother tongue. Only in this way could the threat of assimilation be stopped.

What do you think about the future generations? Do you think the community is getting stronger nowadays or national identity doesn’t mean that much to younger generations anymore due to globalization and assimilation?

The next generations have not landed from the moon. We are their parents and grandparents. If we are willing to pass on our experience and knowledge, I am very confident they would be open to them. Unfortunately, our will is far from sufficient, we also have to look for the possibilities and channels where these can be passed on. All communities are on the brink of extinction which cannot pass on the accumulated values of their identity.

In Hungary national minorities represent a relatively small percentage of the overall population and are to a large degree linguistically and culturally assimilated. Most minority self-governments use Hungarian as their working language, and the campaign for the minority elections is mostly conducted in Hungarian.

The system of minority self-government was integrated into the system of local/municipality. According to Article 2 (2) of the Fundamental Law of Hungary, nationalities (i.e. national minorities) living in Hungary shall participate in the work of parliament as defined by a cardinal act. All nationalities recognized by the Minority Act can have representation in parliament at the expense of votes on the national electoral list. If someone votes for the minority list, they cannot vote for a party list. Registration as national-minority voter is based on self-identification. Minority lists are put together by the nationality self-governments, which are dependent on the Hungarian government. The preferential quota only applies to the first seat in parliament, the minority voter’s only possibility is to vote or not to vote for the single fixed list drawn up by the national self-government: only the first candidate has a chance to be a MP.