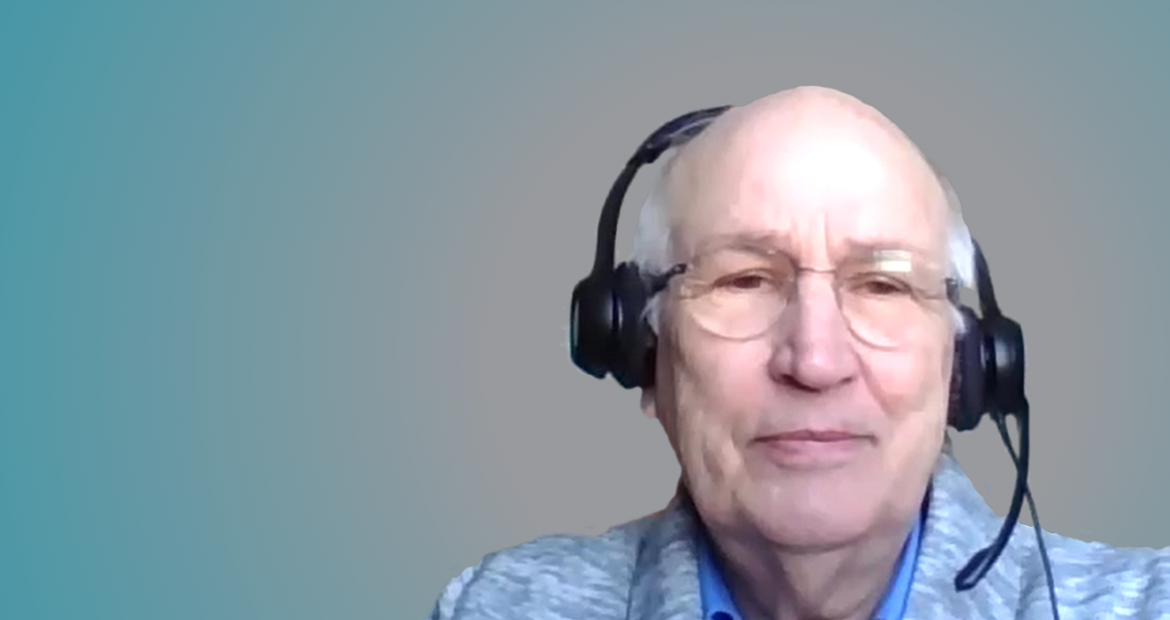 Interview by Marin Ekstrom, ICRP | Traditional notions of diplomacy involve government representatives making major decisions based on the interests of the state. But what if you involve citizens in the process of international engagement? This interview examines how the sister cities movement—and Duluth Sister Cities International in particular—serves as a means to connect communities all over the world and promote a grassroots form of diplomacy. I had the opportunity to interview Dr. Thomas Morgan, a professor at the College of Saint Scholastica and board member at Duluth Sister Cities International, to discuss the ideals of the sister cities initiative and how the program has specifically impacted Duluth, Minnesota, USA.

Dr. Thomas Morgan is the Director of the Peace and Justice Studies program, as well as an Associate Professor of Global, Cultural, and Language Studies, at the College of Saint Scholastica in Duluth, Minnesota, USA. He received his undergraduate degree in Russian from the University of Minnesota and his doctorate in Russian Literature from Ohio State University. He has taught courses on Russian language and culture, philosophy, and peace studies. He also has a background in journalism and worked with the Duluth News Tribune and KDLH-TV television station. His experience as a veteran of the war in Vietnam inspired a lifelong commitment towards finding a better means of engaging with the world. This determination influenced his decision to help establish Duluth’s sister city relationship with Petrozavodsk, as well as to be an active board member with Duluth Sister Cities International.

Please tell us what a “sister city” is, exactly. Where did this concept originate from, and what are some of the foundational ideas behind it?

The sister city movement came into effect during the Eisenhower administration. Eisenhower had witnessed firsthand the devastation of World War II and came to the conclusion that people had to find a new way to connect to prevent future wars. So, he organized a conference with non-government affiliated individuals to develop an alternative approach to traditional diplomacy. The sister city movement arose from Eisenhower’s initiative and has continued its momentum ever since.

Can you tell us a bit more about “citizen diplomacy?” How is it different than, say, our standard definition of diplomacy?

Traditionally, diplomats are government officials who represent the interests and official desires of the government. A movement like sister cities does not set out to substitute the traditional model of diplomacy. In fact, traditional diplomacy will probably have to continue its existence, especially in the nation-state arrangement of the world today.

That being said, since government diplomats work in an official capacity, their hands are tied, as virtually everything they say is public and politicized. Citizen diplomacy recognizes that human beings have other interests that transcend politics. Another term for “citizen diplomacy” is “track II diplomacy,” as it aims to form relationships with other people and cultures on a different level than state diplomacy.

Citizen diplomacy is based upon some relatively simple principles. It helps people realize that talking to one another is a good thing, as it helps cut though stereotypes and exposes some of the government and media’s lies. Citizen diplomacy may not change global issues overnight, but it helps shape people’s attitudes towards other countries, and in turn their preferences can influence the actions that governments take when formulating foreign policy.

Now that we have a big picture understanding of what a “sister city” is, we can focus on how this organization operates on a ground level. Let’s focus on our community, Duluth, Minnesota, USA. Can you tell us a bit about Duluth? What do you think are the most outstanding features of the city?

Duluth is a city of approximately 85,000 people located in the northern part of the USA, and it is situated on the extreme western edge of Lake Superior. Duluth is an international port, and is also well-known for being a medical community, university town, and tourist hub. It is a well-educated, progressive, and cosmopolitan community, which has influenced the positive reception that the sister cities initiative has received in Duluth.

What cities does Duluth have sister city relationships with? Why were these cities selected?

Thunder Bay, Canada (1980) Given that Thunder Bay is a fellow Lake Superior port city that is located 200 miles north of Duluth, this sister city relationship was a natural pairing.

Växjö, Sweden (1987) The Växjö relationship was inspired by the fact that many Duluth residents have Scandinavian and/or Finnish ancestry, so Duluth and Växjö share certain elements of a common cultural heritage.

Petrozavodsk, Russia (1987) The establishment of the Petrozavodsk relationship served as a reaction to the Cold War tensions that dominated US-Soviet relations at the time: in other words, “to befriend the enemy.”  We later discovered that in the 1930s, a sizable group of American communists—particularly those of Finnish descent—relocated from the Duluth area to Petrozavodsk and greater province of Karelia to aid in the development of the burgeoning Soviet Union.  When we set up the sister city relationship some fifty years later, we were shocked to learn that some of Petrozavodsk’s residents had spent a good portion of their childhoods in Duluth

Ohara Isumi-City, Japan (1990) At the end of World War II, a group of American sailors from the light cruiser U.S.S. Duluth stole a large bell from Ohara Isumi-City. Eventually, the bell was moved to the Duluth City Hall. By coincidence, a Japanese delegation visiting Duluth stumbled upon the bell. They asked the mayor if it could be returned to Ohara Isumi-City, and he agreed to their request. The residents of Ohara Isumi-City were so grateful to have the bell returned to their community that they made a duplicate bell for Duluth, which is now part of the Japanese peace garden at the Enger Tower Park. The bell exchange ultimately led to the establishment of a sister city relationship.

Rania, Iraqi Kurdistan (2014) A few years ago, I taught a class called “Nonviolent Resolutions of Global Conflict.” I invited Michele Naar-Obed, who was part of a number of peacemaking organizations and had spent a fair amount of time in Iraq. She had a particularly positive stay in Iraqi Kurdistan and encouraged Duluth to set up a sister city relationship in the Middle East, given that region was (and still is) one of the global “hotspots” for the threat of war. After she laid down this challenge to us, I helped set up a committee to visit Rania. One thing led to another, and we were able to convince our communities to set up a sister city relationship.

The activities vary based on the specific relationship, but here are some examples:

For Petrozavodsk, we have organized university exchanges between the College of Saint Scholastica and Petrozavodsk State University. We have also had music, art, and sculpture exchanges, and we had a canoe-building exchange between a group of Ojibwe participants (the indigenous people of northern Minnesota) and a group of Karelian participants (the indigenous people of the Republic of Karelia).

For Växjö, the city’s commitment to environmental sustainably has contributed to a number of green initiatives between Duluth and Växjö. They also participate in youth soccer exchanges.

For Thunder Bay, we focus on a lot of Lake Superior-related activities, especially those dedicated to promoting the health of the lake.

For Ohara Isumi-City, there are quite a few youth exchanges, especially with high school age students.

Since Rania is a newer relationship, we are still expanding the scope of our activities. We have had a few delegation visits, and we have a special daffodil garden in our Sister Cities Park. Daffodils are an important symbol in Kurdish culture: they are connected with Nowruz (New Year) celebrations and, in our case, showcase the “blossoming” relations between Rania and Duluth.

How do you think the core ideas of sister city relationships resonate in our modern day and age? What are some ways we can continue these ideals going forward into the future?

I can really only speak for Duluth, but I think it serves as a microcosm for the USA. Right now, especially, Duluth has been barraged with a number of immediate problems: road repair, the local schools, racial justice, the economy, the pandemic, etc. While most people believe that the sister cities initiative is a grand idea, it sometimes gets overlooked in favor of dealing with more immediate crises.

So, the main challenge with maintaining the sister cities’ mission is to keep people’s vision outside of their own borders, and to try to promote more abstract and longer-term thinking.

My time with Duluth Sister Cities International has definitely enriched my life. I remember when I first became involved with the Petrozavodsk committee, I was a bit skeptical of its aims. I told Brooks Anderson, one of my colleagues, “We are not going to end the Cold War in Duluth, Minnesota!” But he said, “Sometimes you should pay attention to the dreamers and idealists.” He was right: sometimes these things can actually work out.” So, I think it is important to keep that spirit of optimism going, both for the mission of the sister cities, as well as for life in general.

*If you would like to learn more about Duluth Sister Cities International, you can find more information on its website: http://www.duluthmnsistercities.org

*If you would like to learn more about sister cities in general, please visit the Sister Cities International webpage: https://sistercities.org