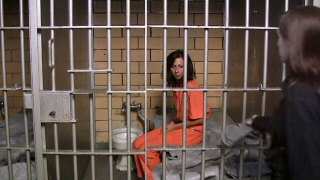 Death penalty – do or do not?

Death penalty was always a moral question. From the “punishment” of the criminals and political opponents we arrived to the formal executions which can be registered since the recorded history. Most of the historical records says that death penalty was a part of the justice system. They thought that wrongdoing comes with a compensation in response to the crime.

When it comes to religions, I have a very unique point of view, but as a woman living in the 21st century, I cannot understand more to that believe, how in some part of the civilized society, can still think that we have the right to decide who shall live.

Of course experts are saying that everything has an upside and a downside, pros and cons. Between 1890 and 2010 3% of the executions were botched in the United States. Not one story goes around the internet that the executions “went wrong” and victims ended up with their leg and head caught on fire while they were still alive. I could list more than ten cases where they used two jolts of electricity to complete the prisoner’s execution.

If you ask me it’s even more barbaric to sentence a person to death than let the person live with their conscience – if they have any – for the rest of their lives.