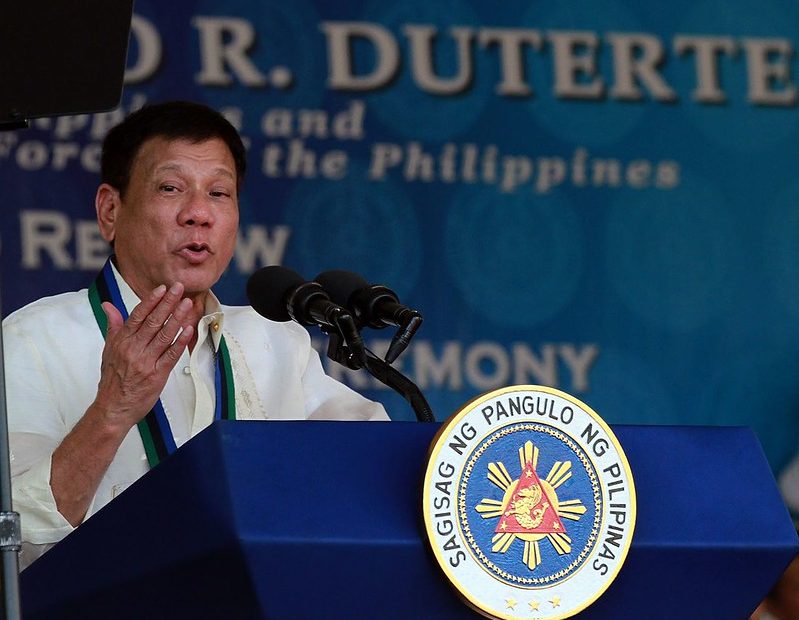 Democracy on the brink: the Philippines under Duterte

Like a torchbearer in the East, the Philippines has long been regarded as the best example of liberal democracy in Asia. Since the 1890’s, liberalism has started spreading among intellectuals and political élite as a response to Spanish colonialism and has continued to guide the following political events of the country. After becoming independent from the United States in 1946, the liberal thought has provided a solid basis for the construction of the new state. However, challenges have always been present, and the path to democracy is far to be completed.

In 1965 the authoritarian regime of Ferdinand E. Marcos demolished the new countries’ political structure. He imposed the martial law and centralized its power with the help of the military. His strategy aimed to neutralize two opponents: the Maoist Communist Party of Philippines and the family-based oligarchy, a peculiar structure which still deeply influences the political and economic structure of the country nowadays.

It was under these circumstances that a real liberal party emerged and then guided those uprisings known as the EDSA Power People Revolution (ESDA-PPR) in 1986, which put an end to Marcos’ dictatorship.

After the revolts, a new legal constitutional system was founded by the members of the Aquino family, together with a new set of beliefs related to the reformism of the middle class and on the social position of the Catholic Church.

However, the 2016 elections marked a turning point in the political life of the country. Contrary to all expectations, the mayor of Navao City, Rodrigo Duterte, was elected as the new president of the Philippines. Even though he has repeatedly described himself as a democratic and socialist, and proclaimed himself as the first leftist president of Philippine history, it is widely regarded as a right-wing populist. This common belief became even more dominant after some of his security policies started being regarded as proper human rights violations and highly discriminatory.

The most controversial one is the “war on drug”, designed to eliminate drug dealing and consumption among the Philippines through coercion and violence by the police. Extra-judicial executions and arrests are now a routine throughout the whole country, and the poorest districts are the major target of the campaign. Thousands of people are reported to be the victims of this system, with the majority of them being men who left entire families without any income and means of survival.

Although the United Nations and many human rights associations condemned this brutal policy, president Duterte ignored them and publicly stated that he “doesn’t care about human rights” and encouraged policemen to shoot first to civilians.

Covid-19 further deteriorated the situation. In order to contain infections, a rigid lockdown has been imposed and the military forces were instructed to shoot dead any quarantine violators, especially those “individuals belonging to left-wing groups”, Duterte said.

Freedom of thought is indeed at a critical stage. Media and many communication channels are strictly controlled by the regime and it is believed that fake news are widely used to influence public opinion. It is not surprising then, that in 2017 over 80% of the entire population supported the war on drug, with the dominant motivation being the security of the nation.

Many scholars posed the issue in terms not only of political crisis, but also of moral crisis. “Dutertismo” is the neologism adopted to refer to the populist, aggressive political and social movement promoted by Duterte. Its appeal to the population is based on a strategic revisionism of Philippines nationalism, once based on liberalism, towards a more populist definition which enhances already existing social tensions and contradictions.

The key cause of the ongoing democratic crisis in the Philippines and its possible resolution should be found in the historical holders of liberal thought and in the political structure of the country.

Since the beginning of the democratic path, liberalism has always been associated to élite groups and intellectuals, with very few citizens really fighting for such values. Moreover, it has been largely used to preserve the peculiar family-based oligarchy and its privileges instead of developing human rights and the Philippines society as whole. The failure in providing such social promises has led to strong criticism and disillusionment, on which Duterte has based his consensus.

Consequently, the end of Duterte’s mandate in 2022 will not necessarily mean that the crisis will be resolved. The liberal party and other opponent movements need to promote a radical change in the institutional structure of power, getting rid of family-based favoritism and producing concrete democratic reforms placing at the center citizens and their needs.

Undoubtedly, the help of the UN and appropriate international agencies towards liberal realities in the Philippines is fundamental to develop a new and legitimate democratic process in the country.