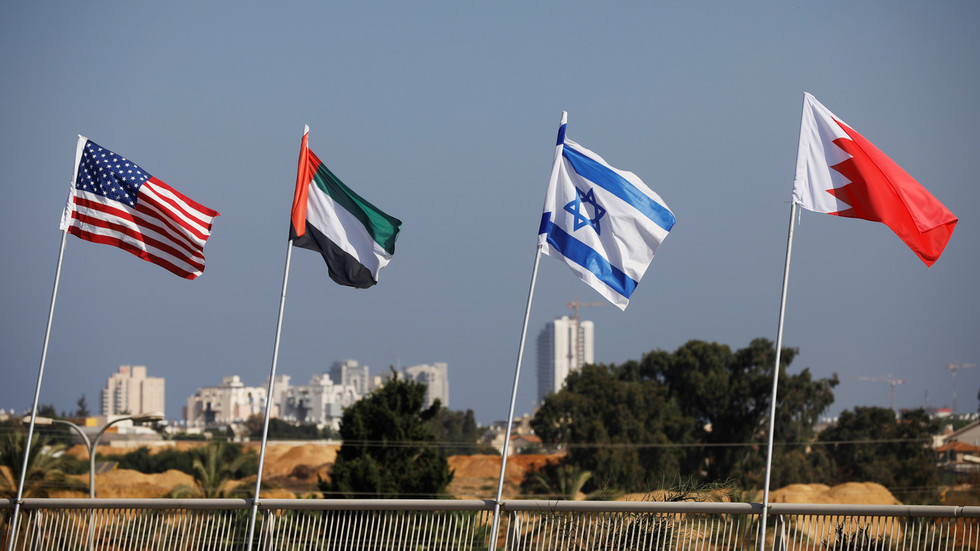 Why are Arab countries making peace with Israel?

It came as a surprise for many that the United Arab Emirates and Bahrain, two Arab countries, normalized their relationship with Israel. While the United States, which has taken part in brokering the deals, embraced the Gulf states’ decision, Palestinians feel they are being betrayed by an increasing segment of the Arab world. US President Donald Trump claims the new agreements his own victory, but the recent developments are part of a process that have been going on for years.

The last time an Arab country in the region recognized Israel was in 1997 by its eastern neighbor, Jordan, and before that, Egypt signed a deal with the Jewish country in 1979. Now that the UAE and Bahrain made peace with Israel, Tel-Aviv has its first allies ever from the Gulf region. The respected countries are expected to benefit economically from the newly established relations, and they can also strengthen their ties with the US, the alleged intermediary of the “peace deals”.

President Trump, being an all-time supporter of Israel, called the accords “historic” and expressed his hope that more countries would follow suit. Trump boasted with the US led achievements in the Middle East that have a high potential of boosting both his, and Israeli Prime Minister Benjamin Netanyahu’s popularity, that has dropped due to the ineffective handling of the coronavirus crisis and the trial for corruption charges. The President also recalled his January peace plan that was to put an end to the Israeli-Palestinian conflict. But what Trump referred to as the “deal of the century” did not contribute to any positive changes between the two parties, and the recent Arab-Israeli agreements are not entirely up to US led negotiations either.

Both the UAE and Bahrain are wary of Iran, which seeks great power status in the region. Teheran has gained a lot of influence in the Middle East by supporting the Assad regime in Syria, Hamas and several military and paramilitary organizations in Iraq, Yemen, and Lebanon. Bahrain is especially cautious, as Iran used to have a claim for Bahrain’s territory until 1969, and the Sunni leaders of the small Gulf state fear the Shia majority citizens could turn against the elite if provoked by Teheran. Hence Israel, which opposes the Iran backed Hamas’ radical activity in the Gaza Strip, became the lesser evil.

The current US government is also strongly against Teheran, which was demonstrated by Trump in 2018, when he unilaterally pulled out of the Iran nuclear deal of 2015, increasing the likelihood of the Persian country continuing its ambitions of building nuclear weapons. Washington is believed to be willing to arm the Arab states in the fight against Iran, especially if there is no threat of them turning against Israel in the meantime. Saeb Erekat, a senior Palestinian official described the forming military alliance as an “Arab-Israel NATO.” He also said the agreements were “not about peace.”

The US and Israel are optimistic that more Arab countries are to make peace with Israel. There are talks about Saudi Arabia being the next in line, as Bahrain’s deal with Israel could not have been made if Riyad had not given its consent. After all, the large oil monarchy too disapproves of the power struggles of the Shia Iran. On the other hand, Saudi Arabia has always advocated for Palestinian independence, and it has great authority in the region as both of the two holiest cities of Islam are found in its territory, so Riyad is unlikely – at least publicly – to make peace with Israel, as long as the Jewish state does not recognize the demands of Palestinians.

Palestinians view the UAE and Bahrain as traitors of the Arab world, where the consensus so far has been the rejection of Israel, unless Tel-Aviv agreed on Palestinian autonomy and independent statehood. The Palestinian government reacted by recalling the ambassadors from both countries, although the UAE claims the deal was on the condition of Netanyahu giving up on his plan of annexing the West Bank, an ambition that he already suspended earlier this summer, presumably due to international backlash. But the Israeli Prime Minister still clings to his idea that would benefit Jewish settlers who are already occupying large parts of Palestinian territory and keep Palestinian people under oppression.

Iran also condemned the “peace” accords, which it described as “shameful,” and Turkey is also thought to be against the new Arab-Israeli relations, as it has conflicts both with the UAE and Israel, due to Ankara supporting Islamist organizations, including the Hamas.

Both Trump’s Middle East peace plan and the new Arab-Israeli agreements indicate that Palestinians are not the ones dictating the terms of peace in the region anymore. Once all the Arab countries stood up for them, but now it seems many Arabs are starting to get tired of Palestinians and think they refuse “to sign a peace deal with Israel because it is more profitable for them to take subsidies from the Arab world,” says Said Sadek, a professor of political sociology in Cairo. For these critics, the failure of the Oslo Accords is a proof of their suspicion.

But it does not change the fact that Palestinians are denied the right of self-governance by Israel, especially by the current administration. While peace in the Middle East is much needed, Arab states should be careful not to enable the Netanyahu regime’s oppression of Palestinians.