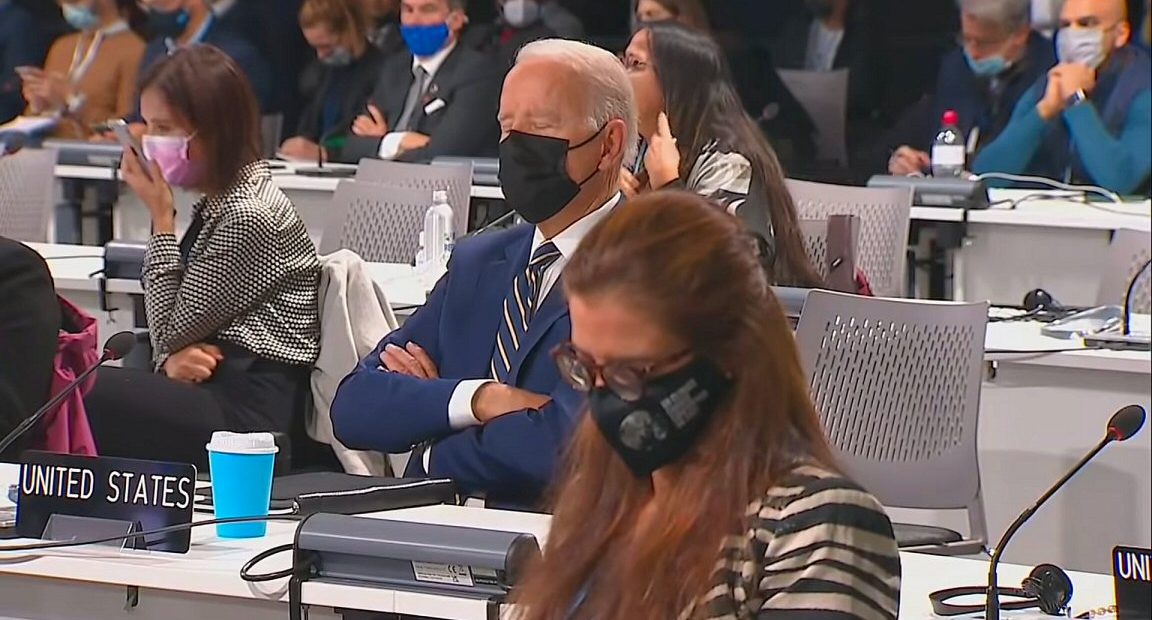 Over the past few weeks, various polls have shown that Biden’s approval ratings have dropped significantly, with the Democrat showing the lowest acceptance rate of any president in the post-war period, apart from Trump, in a corresponding period.

To understand why this landslide in Biden’s acquiescence rate has occurred, it is crucial to look at the effects of the pandemic that have proved especially damaging on US soil.

Due to the delta variant and a faltering vaccination campaign, the United States continues to be severely ravaged by the virus. The daily death toll is staggering, and although some states like California or New York have implemented some sort of vaccine passport scheme, the reality is that the speed of vaccination in the United States has slowed substantially. In April, the US vaccination rate was the second highest in the G7, just behind the UK. It has since fallen to one of the lowest, largely because Americans are exceptionally hesitant when it comes to vaccines.

The vast majority of Americans are unwilling to take the vaccine and many others are reluctant. The United States currently has the highest rate of distrust of vaccination in the developed world, aside from Russia. After a president who thought he could treat the virus with bleach, whether or not the debacle is really Biden’s fault is debatable. However, this has predictably damaged his poll numbers and the US president’s ability to manage the pandemic is increasingly called into question.

On the other hand, as the US vaccinated its way out of the pandemic, the US economy came to show incredible momentum. Unfortunately for Biden, the resurgence of covid in force and fear of inflation slowed his progress. Essentially, Washington’s injection of trillions of dollars to address the damaging pandemic has led to price inflation. These fears have been compounded by the current global commodity crisis that has pushed up commodity and energy prices around the world. And while it does not particularly matter to Biden whether this inflation is transitory or a more permanent problem, the reality is that Americans are worried about rising prices. This anxiety has translated into less support for Biden’s economic agenda and his ability to manage economic policy has suffered a severe blow.

One of the other factors that has cut short the popularity of the newest US president has been his foreign policy coordination. Prior to his election, many were optimistic and saw Biden as synonymous with a return to a more conventional and competent foreign policy, as opposed to Trump’s Twitter diplomacy. And while Biden is definitely less active on the infamous social network than his predecessor, his foreign policy has not been particularly idyllic.

The chaotic US withdrawal from Afghanistan proved to be another huge failure on Washington’s part. And while it is not important to discuss here whether the decision was the right one or not, the truth is that the American public was not impressed with its president’s handling of the matter. The vast majority disapproved of Biden’s handling of the “graveyard of empires”, including a significant number of Democrats. Unsurprisingly, Americans’ distrust of Biden’s broader foreign policy framework has increased.

Nevertheless, while any president should be a little concerned about a drop in his approval ratings, the most recent top representative in the Oval Office is still at the beginning of his term. Biden’s approval ratings are following a familiar trend whereby presidents usually have a “honeymoon” period just after elections, when their ratings are higher than usual, and then drop a little as time goes on.

The next presidential election is not yet on the horizon for Americans and Biden has time to turn it around. After four years under Donald Trump, the United States now occupies a slightly distinct position on the international stage. Joe Biden has a number of challenges ahead of him and, although he seems to be happy to take a pleasant nap while the future of the planet is discussed in Glasgow, it is he who has the mission of presiding over the United States of America for years to come.