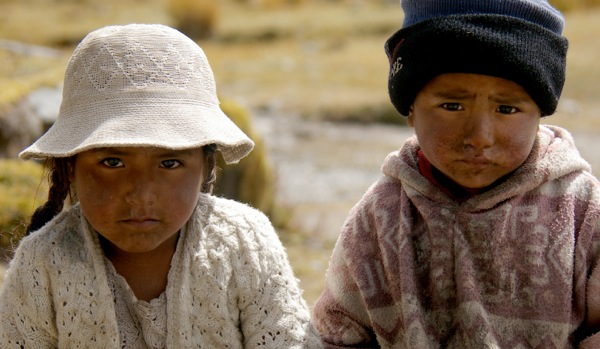 Bolivia’s child labour law: a violation of human rights or an economic issue?

Expectedly, Bolivia’s decision to legalise child labour from an early age of 10, has caused an outcry, not only amongst various agencies campaigning for children’s rights, but also amongst journalists and readers. The first reaction, which is also a personal experience, is therefore critical, unpleased, expressing incomprehension, disagreement and likely anger with the decision and the Bolivian government.

This reaction is well justified: the International Labour Organisation is currently investing the law, amid fears it breached global rules – indeed, it violates the UN Convention on Child Labour, which is stating that developing countries such as Bolivia are allowed to have children as young as 12 or 13 years old work as long as it is with parental supervision and does not interfere with the education of the child. The same applies to children working in Bolivia, only that these children will now be allowed to do so at the age of 10. The new legislation sets 12 as the minimum age for a child to work under contract, as long as those children would also attend school. As a protective measure strict fines and jail terms are imposed if these children are mistreated or abused at work. By passing this law, Bolivia is the first country to lower the age of child labour from 14 to 10 and therefore runs against theregional current, including Mexico, which has recently set age 15 as the minimum and Chile age 16.

The International Labour Organisation, which is leading several projects under the ILO’sInternational Programme on the Elimination of Child Labour in Bolivia, strictly condemns the new law, saying that it goes against the global trend to progressively increase the minimum age for admission to employment, in line with the age for completing compulsory education. In fact, child labour is considered to reinforce intergenerational cycles of poverty, undermining national economies. For UNICEF, it is not only a cause, but also a consequence of social inequities reinforced by discrimination, considering that children from indigenous groups or lower castes are more likely to drop out of school to work. The agency points to the employment in high-risk sectors such as mining, fireworks manufacturing and fishing, and also to the fact, that especially girls are likely to be forced into work at a very young age. For many, Bolivia’s new law is considered a human rights violation and a step in the wrong direction in order to erase poverty and child labour in Latin America.

Looking closer, the reason for this controversial law seems rather comprehensible: child labour already exists in Bolivia, with more than 850,000 children aged 5 to 17 working in sugarcane harvesting, underground mining, textile industries, farms and street vendors etc. The families often see no other opportunity but to send their children to work, in order to gain financial support without which the family could not survive. In Bolivia, one of the poorest countries in South America, child labour is indeed considered something very common. No doubt, every child has the right to a safe and joyful childhood, a right to attend school, to study and to play. However, just as the rights of the child are universal, should those children who work in order to survive not be granted their rights? Is it seriously an option to let them starve to death instead of protecting them in the only way that their state can protect them? By legalising the work from the age of 10, the Bolivian government hopes to protect the rights of the children working and to guarantee their labour security. Economists argue, that the legalisation of child labour could indeed lead to there being less child labour in Bolivia: under the new law, together with the right enforcement strategy, employers will need to pay fixed wages given the risks of fines if they don’t. Families therefore will feel less pressure to send all of their children to work, living of better wages and improved working conditions.

In fact, this argument works better the other way around. The employment of children usually means lower wages, longer hours and harder working conditions, which depend completely on the good will of the employer. The legalisation of child labour for a third party might indeed improve in quality and lead to less children working under better conditions, yet this assumption leaves aside one decisive factor: the role of the parents. Assuming, that wages rise as a result of this law, might there not be a risk that child labour becomes even more attractive? Moreover, the fact that “parental supervision” for a 10-year old is enough to allow the child to work, leaving it completely to the parents to decide about the well-being of their child, suggests that the parents are acting in a reasonable way. Furthermore, assuming that there is not sufficient economic wealth in Bolivia, even legalisation won’t bring the desired effect, as neither the government’s capacities to guarantee the safety of the child nor the capabilities of the employer allow the fair employment of children. For example, as one journalist puts it: only when people are far enough above the subsistence level they will be willing to trade greater safety for lower incomes. The fact that nearly nine in 10 children are working in the worst kinds of jobs in Bolivia, including sugar cane harvesting and underground mining, a proven life-shortener, will not improve by allowing 12-year old children to do the same job and relying on one of the 78 inspectors in Bolivia, to uphold the new protections for such children. Under the present conditions, the new law is prone to backfire in any case.

To many, the new legislation is only a short-term solution to a much bigger problem. According to The Guardian, child labour is primarily a social and political phenomenon, rather than an economical one. Approaches to eradicating these problems should therefore be social and political rather than the technocratic approaches that predominate. Westerners are likely to be criticised for saying that the social problem is based on the fact that child labour is considered normal in developing countries and that the general perception of society has to change. Indeed, the general perception won’t change even if child labour is being declared illegal, as change cannot be opposed, especially if the difference is deeply culturally-rooted. Yet, certainly there is a moral argument which cannot be ignored in this context. Leaving traditions and cultures aside, personally I think that something goes terribly wrong in a society, where the rights of the child can only be protected by lowering the working age to a minimum. The argument that children work in the family business and support families with their income is valuable and children should be strengthened in their right to support the family. Bolivia’s President Evo Morales, who was himself working at the young age of 14, herding the llamas of his family, rightly says that “eliminating work for boys and girls would be like eliminating people’s social conscience.” Indeed, what a child can learn from his family at a young age, is certainly of good use in work life later on. Yet, what makes the law a threat rather than an opportunity, is the lack of enforcement as well as the social and economic conditions in the country, where it is being implemented.

The new law in Bolivia is indeed a big experiment, which other countries, regarding the lack of control over child labour as a major social problem, might follow. In the best case, it might result in the reduction of child labour in Bolivia, the better protection of children at work and the provision of fair wages and the safety that they need – yet, in my analysis, Bolivia is making a major mistake by lowering the working age to a minimum. Clearly, the Latin American country is not in the state of implementing such law and making it work, with the risk of disastrous consequences for its youngest generation. Eventually, time will show, and I wish success will prove me wrong.