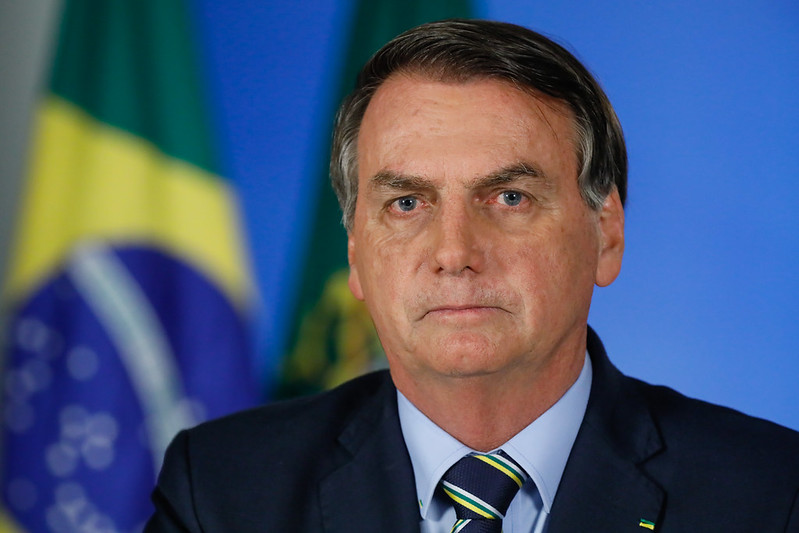 Bolsonaro and his claims of election fraud in the Brazilian elections

Losing is hard for anyone, in any field. We, as a society, are taught however that we should try to accept the bad result and move on from it. If a person still cannot move on from a bad result, that person is a sore loser that cannot accept reality. If that particular person is a politician, then it becomes a potentially dangerous act as well as a precedent. The inability to accept an election loss could be seen in the 2020 US election, where the incumbent President Donald Trump had stated that because of election fraud, his opponent, Joe Biden, had grasped victory. This statement was not backed up by evidence, and a deletion of votes was not found to be substantiated in any way. The US president is one of the most powerful people on the planet, and if he says that he lost because of ulterior motives, this can inspire other politicians in other countries.

This is where Jair Bolsonaro, the current President of Brazil, comes in. He is seen as controversial by the media, as well as far-right in terms of ideology, both of which are characterizations also given to Trump. Bolsonaro has won the presidential election in 2018, and is now set for re-election in 2022. Even though he won the 2018 election fairly comfortably, 2022 is shaping up to be a big challenge to win for Bolsonaro, mainly because of three factors. The first factor is his sinking popularity among Brazilians. According to an XP/Ipespe poll, in July, a bad or terrible rating was given to Bolsonaro by 52% of respondents, whereas it was 54% in August. The second factor is a person who has been president of Brazil before — Luiz Inacio Lula da Silva, who would defeat Bolsonaro in an election, according to polls. The third factor is the economy, as the number of unemployed Brazilians is extremely high, numbering 14%. Bolsonaro, therefore, feels cornered, and has said that printed ballots should be used instead of using computers in elections, otherwise election results would not be recognized by him. If a peaceful transfer of power cannot be guaranteed by Bolsonaro, this could make the country even more unstable than Brazil already is (especially with 570,000 lives lost because of the COVID-19 pandemic), and potentially regress into an authoritarian regime. This is not an exaggeration in Brazil, since dictatorships have been praised by Bolsonaro before. Both economic and popularity problems that he faces can also lead to popular unrest and clashes between people, as the country is extremely polarized. This can be seen with the aforementioned poll, and a weakening trust in the functioning of democracy and politics in general can be expected as well.

In order to prevent any possible power grab by a politician, like Bolsonaro, especially in a divided and polarized state like Brazil, it is important to have a robust legal system. Checks and balances on all three branches of government are essential, so that democracy functions smoothly. Relating this idea to Brazil, it seems as if there is still some hope yet for a functioning Brazilian democracy. The brake has been pulled on the idea for the method of voting to change, which was proposed by Bolsonaro himself. However, this proposal was rejected by the Congress in Brazil. Even though this sounds like a positive result, there is not much chance that Bolsonaro will cool down his rhetoric. He has stated that rulings of the Supreme Court would not be complied with by him, which can potentially lead to a military coup in Brazil. After all, a military parade was taking place on the same day that the aforementioned vote was taking place in Congress.

It may not seem like it, but Brazil can be a role model for democracies in development of what not to do – courts and the judicial system should ideally be free of corruption and respected by politicians. Elections should also not be treated as rigged from the get go, especially with no evidence – results from a secure election should be respected. If neither of these two things can be done, then there will be trouble having a functioning democracy.