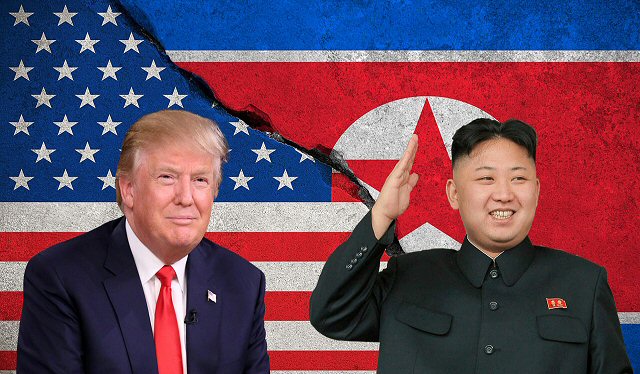 One of the most discussed issues in international relations, widely addressed after the World War II and still of fundamental importance for the world security nowadays, is the proliferation of nuclear weapons throughout the international environment. Nuclear weapons have raised concerns especially in the Middle East and they still constitute the core of the debate in that region mostly because of the undeniable danger represented by the bellicosity of the Arab regimes and the proliferation of non-state actors such as the so-called Islamic State (IS).

Today the world has to deal with another harsh issue for global security, though: a nuclear North Korea. The East Asian country claims to possess enough nuclear material to produce nuclear weapons; moreover it has conducted five successful nuclear tests during the last ten years. The Supreme Leader, Kim Jong-un has been threatening the US and its allies, including Japan and South Korea, for years, officially rejecting negotiations and persistently attempting to improve the country’s nuclear facilities. At the beginning of March, North Korea asked for direct nuclear talks with the US, and Donald Trump agreed. Many pundits and the media were surprised for what one at first glance might assess as an unforeseen move. To understand these recent development it is worth analysing both Kim’s strategy and Trump’s military pressure over the North Korean regime.

First of all it is of utmost importance to not misinterpret Kim Jong-un’s political figure. He is not as some Western governments have portrayed him: an irrational leader pretty much ready to wage war on the US and the other neighbours, without any rational calculation. On the contrary, Kim and his dynasty are very rational actors who have built a strategy relying on their nuclear capabilities. In the first place, North Korea is a very small state that had to choose between two different security strategies in its relation with the US: either bandwagoning or balancing the great Western power. Pyongyang has decided to not bandwagon – by accepting the US defence umbrella – but in some way to balance the US nuclear power. This has been an unusual choice: small states do not possess the necessary strength to self-defence, since they suffer of resources constraints that would hamper rearmament and military build-up. Therefore, to accomplish internal balancing, small states need to rely more on cost-effective alternatives, such as nuclear weapons.

Secondly, Kim’s regime has probably implemented the brinkmanship strategy, which in diplomacy refers to a unilateral strategy in negotiations according to which a state carries out provocative tactics, including bluffing, blustering and threatening to achieve its goals. Kim Jong-un has opted for the entry brinkmanship strategy – which differs from the exit brinkmanship strategy (adopted by an actor when leaving the negotiation table). The goal of this approach is to enhance one’s bargaining chips and position relative to the other sides. Therefore Pyongyang’s attempts to improve its nuclear capabilities and its threats against the US, its allies and whole international community could have been aimed at enhancing its bargaining power in future negotiations for the resolution of the crisis. North Korean proposal of negotiations over its nuclear capabilities, after having raised tensions with several nuclear tests, could thereby be interpreted.

Moreover North Korea is seriously worried about what has happened to Libya and Iraq, two countries that did not possess nuclear weapons when they were attacked and their leaders were killed. Therefore Kim Jong-un has developed nuclear capabilities in order to safeguard its regime survival, thereby exploiting the “equaliser” purpose of the possession of strategic nuclear weapons.

Kim Jong-un’s willingness to start talks over its nuclear capabilities with the US would be a great achievement for Trump’s administration. Donald Trump has, indeed, completely steered the US strategy towards the possibility of a military confrontation with Pyongyang. Getting rid of the “strategic patience” approach the Obama administration has been pursuing for many years – which has enabled North Korea to become a fully-fledged nuclear power – Donald Trump started since the beginning of his mandate a more assertive strategy towards Pyongyang. He immediately declared that a military strike against North Korea would have been an option for the US, if Kim Jong-un had continued to develop North Korea’s nuclear capabilities and to threat the US, its allies and the whole international community with illegal and dangerous nuclear tests. Therefore by threatening a nuclear strike against North Korea – or a limited military action against Pyongyang’s nuclear facilities – the US president put pressure on Kim and pushed the North Korean leader to consider negotiations and diplomacy as tools to avoid a nuclear catastrophe. Without military pressure there would not have been any political overture from North Korea’s leader.

Diplomatic efforts are the best tools to draw the North Korean crisis to a close. Should diplomacy fail, the situation would be really problematic. In that case the world should deal with a fully-fledged nuclear North Korea within a region in which other countries like Japan are thinking to follow nuclearisation. The US would be in a difficult position: accepting or not a nuclear North Korea. Some academics have argued that with the American nuclear superiority deterrence would be unchanged and that the US could live with a nuclear country in the Far East. Surely it would not be a step towards the commitment of establishing Nuclear Weapons Free Zones throughout the world.