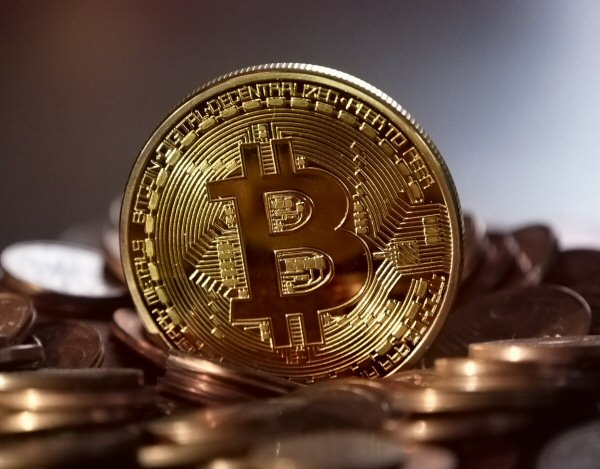 Bitcoins are a digital currency which users have in virtual wallet and can be used to do online payments to shops or enterprises or between users. The difference with normal currency is that there is not a central bank or authority that controls Bitcoin, no one controls the transfers; so no commission to Visa, MasterCard, Western Union etc. Bitcoins work with peer-to-peer protocol, it is similar to the systems used to download and share files on internet, every computer become a knot in the net, that is similar to others without a central one. Every Bitcoin user is connected with the others and has a copy of an accounting data called blockchain in which every transaction from the very beginning is registered.

This “virtual” currency causes a “real” damage to the economy, for example with money laundry, criminality and international terrorism. In 2014 the Financial action task force (GAFI-FATF) the independent governmental bureau for the financial system and fight against money laundry, terrorism and weapons) said: “Virtual currency, Bitcoins in particular, are the future of the payment system and supply a new and powerful tool for criminals, terrorists, financiers, and tax evaders. These currencies allow them to keep and share illegal founds.”

On 28 August 2015 Ali Shkri Amin from Virginia (USA) received a 11 years’ sentence for having conspired in order to supply equipment, support and resources to ISIS through internet. He admitted he used Twitter in order to supply advices to how use Bitcoins to hide the found support for ISIS. GAFI-FATF advised that the world authorities are worried about the use of cryptocurrencies by terroristic organizations.

On internet the number of sites affiliated to criminal organizations and ISIS raised in the last 5 years, especially sites that promotes the use of Bitcoins and chats for cryptocurrencies.

From 10 to 13 May 2015 in Berlin, in the federal office of the foreign minister, there was a European summit during which experts said that there are still a lot of barriers on informative exchange while criminality uses more often modern computer technologies for communication.

The Italian DIA (Direzione Investigativa Antimafia – Anti-mafia investigative office) alerted about Bitcoin. The first criminal organization that used this new crypto-tool was “ndrangheta” (mafia of Calabria). DIA said: “Deep web and virtual currency payments, like Bitcoin, are not under control of government and have a great impact on the economy.”

In a BBC interview, Wainwright claimed that police departments have more difficulties to block illegal crypto-values transactions because it is impossible to freeze virtual wallets like a normal bank account. He explained: “Cryptocurrencies are not banks and they are not under a central bank authority so police cannot monitor those transactions. If police realize that those funds are illegal, it has no way to block asset like the normal bank system.”

Which are the action adopted by the financial world?

Merrill Lynch, one of the most important investment bank, with headquarter in New York, claimed “stop” to their clients to invest in Bitcoin, it forbids to 17,000 consultants of the enterprise to suggest and propose investments related to cryptocurrencies.

Visa decided to block the deal “Wavecrest” due to not fair actions, so it would be more difficult the use of debt card to buy Bitcoins. One of the main trend in the period 2015–2017 was the quantity of cryptocurrency deposited in debt card like Visa, MasterCard and other institutes.

Chinese media “China Business News” said that Beijing authorities’ imposed a “block” of exchanges for cryptocurrencies, this block affected BTC China that decided to close its activities on this cryptocurrency.

UBS Group decided to not to make products that are under BTC asset available, due to its volatility. In the same way Royal Bank of Canada decided to stop the selling of cryptocurrency products.

Bloomberg reported that some of the most important Indian banks, like State Bank of India, Axis Bank, HDFC Bank, ICICI Bank and Yes Bank, suspended some exchange platforms of Bitcoin. Banks fixed also a limit of withdrawal for the few account left. This action was made against the 10 most important exchange platform in India, like Zebpay, Unocoin, and BtcxIndia.

This new intervention came after USA Sec (Security and Exchange Commission) rejection of the creation of ETF (derived tools that allow to bet on a good, in this case Bitcoin).

The last one that blocked this type of purchase is the financial group Lloyds. The British leader on credit cards announced the same decision adopted by JP MorganChase and Citigroup. As reported by Telegraph, it would be inhibited for the customers the online purchase of cryptocurrencies, through a “black list”.

What will be the future of the Bitcoin?