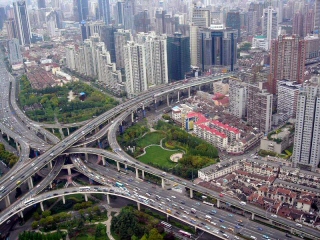 Deepening cooperation of China and the ASEAN countries

A meeting of Southeast Asian leaders was organized on the 11th of October, 2013 in Brunei, where the main topic was the economic and political cooperation between China and the ASEAN countries. The increasing presence of China in the region could challenge the military and economic interests of the United States.

The meeting of the Southeast Asian state leaders now took place for the 16th time, where the region’s local challenges were put on the agenda: the good neighbour relations, friendly and safety political cooperation and the development of the free commercial areas. The Chinese Prime minister, Li Keqiang has driven the attention of the Southeast Asian countries’ leaders to deepen the relationships and to the formation of a closer cooperation. He summarized his proposals in 7 points. He emphasized that China’s interest is regional peace and financial stability in the area, however in order to reach it, the ASEAN member countries’ active participation in the cooperation negotiations is necessary. The Prime Minister said that they have to build up the Southeast Asian area’s financial stability jointly, in order to create a global economic increase. Li motivated the states to give up the Cold War rhetoric, promoted the principles of peaceful coexistence. He furthermore drew attention that it is necessary to direct the solution of the problematic questions in the course of consultations and negotiations. The strategic agreement about tightening the economic and political relationships between the ASEAN countries and China was reached 10 years ago. The cooperation is successful, as by 2012 the trade has grown to 400 billion US dollars, which compared to the initial 2002 data, means a 22% increase.

The ASEAN cooperation, which was founded in 1967 and included 10 countries of the Southeast Asian area, was established to oppose the communist Chinese and Soviet expansion. However the international political situation has changed by now, and the economic interests has motivated the area to develop increasingly deeper economic and political relations with the rising China. The Chinese economy started soaring in the early 2000s and has dragged the Asian area with itself. During the past decades a successful regional cooperation came into existence in the area. If the region can collaborate so successfully in the future, it might result in that the Southeast Asian region would become a determining economic and political challenger for the international political and economic competition. However the military presence of the United States – which had been controlling the Southeast Asian seas after the end of the Cold War – might be replaced by the communist China, which could increase China’s economic and military influence in the region significantly.