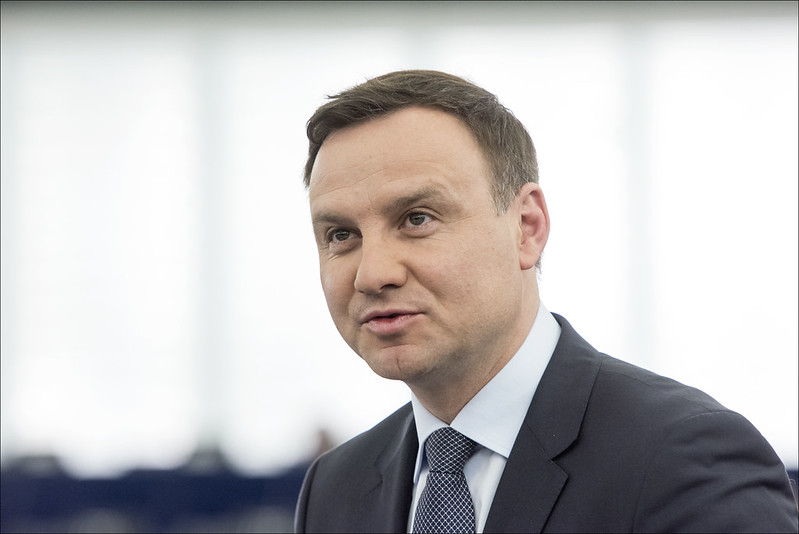 On July 12, Poland’s two -round presidential elections came to an end, when the independently running conservative Andrezj Duda won against Rafal Trzaskowski, the liberal candidate of the Civic Platform (PO) party in a very close call, which could worsen the already tense relationship between the country and the European Union. The elections were initially planned for May, however, due to public controversy of holding them during the COVID-19 crisis, they were postponed to a later date. According to the Polish National Electoral Commission, Trzaskowski came in second with 49% of the votes in the second round, whereas Duda received 51%, thus, was re-elected as president.

This result will not only determine the country’s future in the upcoming five years as Duda takes on his second and final term as president with the support of the Law and Justice party (PiS), but also have an impact on the European Union and its relationship with Poland. Based on Duda’s first term as president, his actions will continue to clash with EU values and further divide Warsaw from the EU.

Firstly, Duda’s government has been going against EU values, such as inclusivity by attacking minority groups. One example is the LGBT community, since recently, six Polish cities declared themselves as “LGBT free Zones” as a sign of hatred towards this group, which has caused an international outcry. Even though this action had no legal basis, it goes against EU morals and universal human rights declarations, which brings the EU in an uncomfortable position of supporting a state that does not uphold its fundamental values. With the renewed presidency of the PiS, it is very likely that the LGBT community will face further challenges, for instance, by governmental limitations on sex reassignment surgeries. Furthermore, the continued power of the PiS can also be a burden for women in general, as Duda is planning to limit abortion laws. In the coming years, it is more than probable that he will continue in this light, deepening the conflict between the country and the EU.

Secondly, the PiS government currently has a bad record with the European Union, due to policies regarding the rule of law in Poland and this re-election could lead to the doom of this relation. In this light, the most critical point in Duda’s politics are his actions against the independent judiciary. This spring, a proposal was put forth to ensure that judges are disciplined if they take a stand against governmental policies, making them completely dependent on the current governing power, thereby destroying the core of the rule of law. Moreover, the PiS also took steps against the free press by purchasing different media. This also results in the voters of the party becoming skeptical of the European Commission, as the European Council on Foreign Relations has shown. In five more years, this skepticism will most likely grow, and it could become even harder for the EU to take any sort of action against Warsaw without facing extreme criticism from the Polish population.

From the side of the EU, these new events can easily influence funding and grants provided to Poland. Because of COVID-19, the EU was planning on providing funding for countries on the south to help them overcome the financial difficulties of the crisis. However, it is not so likely that Brussels wants to invest in Poland if they continue to go against European values.

COVID-19 could also be one of the reasons why Andrezj Duda was elected instead of the democratic candidate. The pandemic can lead to heightened insecurity and anxiety, which makes people more risk averse and prejudicial towards minority groups, resulting in a conservative, collectivist political preference, since these parties display security and structure. In other words, COVID-19 has posed a great risk for the health and income of citizens and raised levels of distress and anxiety, therefore, having a strong leader personality, such as Duda can be reassuring. This would explain, why around April and May, when the number of coronavirus patients was high, Tzarkowski’s support took a dip before slightly increasing, while Duda’s support increased before coming back down to around 50% in July and resulting in his win.

Regardless of the causes of the electoral result, it will have a long-lasting effect on the politics and international position of Poland. With other leaders looking on, the spotlight of the European Union is on Warsaw, and more specifically, on Duda, as tensions could reach a boiling point.