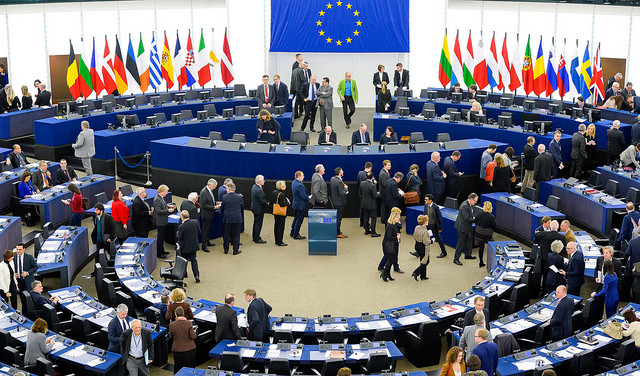 Why the meeting Salvini-Orbán is significant for the next EU elections?

One century later the collapse of the Austrian Empire, Italy and Hungary seem to have found a new, common enemy. It has an international pattern, strict rules to be adopted, and it pursues the priority of a common good, while respecting but not celebrating national priorities. It is the European Union that is not threatened by any foreign military, but has fiercest enemies within its borders.

On the 28th of August, in Milan, the political meeting between Matteo Salvini, the Italian interior minister and leader of the right-wing party League, and Viktor Orbán, the Hungarian PM, was an opportunity for the two leaders to express their common views on migration management that can be summarised in the physical and legal blockage of asylum seekers. “There are two fields at the moment in Europe”, Orbán said, “One is led by Macron, who is supporting migration. The other one is supported by countries who want to protect their borders. Hungary and Italy belong to the latter”.

The convergence between the third largest EU State and a prominent member of the Visegrad Group was felt as prophecy about the outcome of the next EU Parliament elections that will be held in May 2019. The shivers in Brussels were not provoked only by the joint proposals about immigration, that will for sure turn out to be the most prominent topic of the political campaign, but also by the overall scenario of EU institutions taken by the populist forces, like the Italian League and the Hungarian Fidesz, whose alliance was defined as a premise to a historical turning point on continental level.

The EU Parliament, the only European institution renovated by direct democratic vote, is playing a growing role in the internal decision making process: a solid minority obtained by populist and nationalist parties could be enough powerful to scatter the current balance between conservative and progressive forces, the same fronts that are facing a progressive weakening in their respective home countries. Emmanuel Macron himself, attacked by the two leaders on the 28th August, is not from the traditional political groups still represented in the EU: he proposes his leadership as an alternative to Orbán and Salvini, but he does not belong the previous political scheme.

Apart from Macron, on a European level there is significant trend that has to be rapidly understood before the Parliament elections: the nationalist forces declare the people, the Volk, to be before and higher than the institutions, a key driver that makes them rising in the polls. Generally, they claim the Volk to be exploited by international organisations, whose hidden lobbies found allies in the national institutions, until they rose to power and revealed the structural subjugation to foreign interests. The original scapegoat, external to the society, tends to be identified with the EU, or better, the current EU, that imposed itself as an illegitimate source of authority and trampled on the national interests. The call to the people has proved to be an attractive alternative to the European goal of building a community, a Gemeinschaft, supported by a common heritage and shared values. As a matter of fact, the financial crisis of 2008-2009 mined the idea of a prosperous Europe able to ensure wealth and wellness even to its lowest social strata, and the migration crisis weakened the support for a closer integration.

However, the European Union still means common market, and, what’s more important, common funds to undergird the social and economic development of its member States. It is not something easy to repeal, in a historical period when the national debt continuously increases and the services of the welfare state are increasingly expensive. Salvini, like Orbán, is aware that the proposal of eventual Italexit or Hungexit would be unsuccessful: if the EU is blocked by populists, it is also true that their governments cannot survive very long without any kind of international support. Russian economy is still too weak, and Beijing is known to be enormously careful in taking unmeasured risks.

Thus, the easier step for Salvini, Orbán, and all the Euro-sceptic parties, is acquiring a sufficient political capital to reform the EU according to an inter-governmental approach, limiting its supranational competences. The following question is if populists, after having destroyed decades of international cooperation, would be able to build a working, institutionalised machine that reaches the goals of every, national Volk.