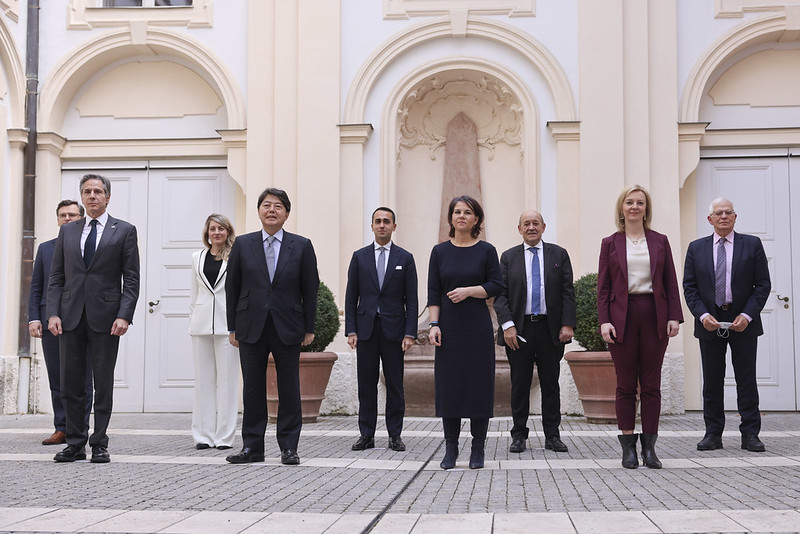 The crisis over Ukraine has brought increased attention to the state of world affairs and the ability of the EU to shape and influence international events. On February 20th, during the Munich Security Conference, High Representative of the EU Josep Borrell criticised the stance of Russia and China with regards to respecting the liberal international order. The diplomat accused both countries of trying to return to imperialism in which hard power dominates the world and the sovereignty of states is put into question. In his view, the EU should oppose the authoritarian regimes that undermine the liberal order and take a more assertive position in the world.

In his speech, Borrell referred to ‘strategic autonomy’, the trendy new term in EU policy circles and a fundamental core of the current EU Global Strategy. The idea advocates for a strengthening of Europe; including improving building capabilities and international partnerships, and acting when and where necessary to defend the interests of the EU. This includes building up military resources and increasing defence cooperation, but the concept is also applied to all other policy areas like trade or energy security.

In a sense, strategic autonomy is far from new. The EU and several member states have been frustrated by the inability of the EU to react to emerging security concerns like the Syrian conflict or the interference of Russia in the Balkans. Likewise, the electoral victory of Trump in 2016 has raised anxieties on the EUs military capabilities if the US exited NATO and adopted an isolationist stance. Even if Biden is now in power, Trump constitutes a dangerous precedent. However, the EU has moved beyond building resilience to a more interventionist approach. As Borrell has emphasised on multiple occasions, the opposite of autonomy is compliance.

The salience of this strategy and discourse has significant implications both within and outside the EU. On the one hand, the EU intends to defend the liberal international order and claims to support a system characterised by multilateralism, free trade and respect for human rights. On the other hand, by establishing this defence in opposition to Russia, China and other ‘threatening’ states, it is contributing to a geopolitical view of the world that constitutes the main undermining factor of the liberal order. ‘Strategic autonomy’ may not be imperialist, but it does subscribe to block style politics and international contestation. Restricting trade in certain strategic goods with Russia (consider the dependence of some member states on Russian gas), may increase the EU’s independence and reduce the ability of Russia to exert pressure, but the opposite is also true. In other words, measures to achieve ‘strategic autonomy’ could backfire, especially if we look at the role of economic sanctions, which remains a fundamental tool in European negotiations with Russia in any conflict.

At the same time, the EU cannot afford to continue holding a liberal stance while the rest of the world embraces realist thinking. The credibility of the EU as an actor rests on that premise. A clear example of this is the recent diplomatic exchange between Russia and the EU regarding Ukraine crisis. The Foreign Minister of Russia, Sergey Lavrov, sent at the beginning of February a letter to each of the 27 member states asking them their position regarding  Russia’s ‘security concerns’ in Ukraine and the country’s proposals. The EU answered this letter with another single one signed by Borrell. This exchange reveals that Russia does not take the European Common Security and Defence Policy seriously and intends to undermine the institution by exploiting differences between member states. The European Union is not respected as an actor in security negotiations, a fact that ‘strategic autonomy’ intends to solve.

From a community perspective, pursuing the goal of ‘strategic autonomy’ would thus need to ease decision making within the EU. The inability of the EU to act more assertively abroad is not (mainly) a result of lack of capabilities but of political consensus. It is for this reason that many policy analysts have advocated for the use of qualified majority voting in defence matters. Nonetheless, this approach reduces the legitimacy of decisions and can lead to internal tensions between member states. In particular, this system would largely benefit the countries with more population in the EU, namely Germany and France, but also other members like Italy, Spain and Poland. Similarly, the establishment of defence industries carries the risk of benefiting large corporate groups for the sake of facilitating economic efficiency and innovation, which would violate EU Competition Policy.

This contradiction between EU’s belief in institutions, consensus and interdependence and the necessity to adapt to an increasingly conflictive and multipolar world will be a defining feature of the next decades of EU policy making. This means the institution will need to navigate between this dilemma, ensuring that it continues to operate as a normative actor while it increases its ability to act in ‘power politics’. Normative considerations, as well as the respect for international treaties and the willingness to proliferate them, need to keep shaping European Foreign Policy. In this sense, international treaties and partnerships to restrict weapons proliferation to certain states can be as effective as increasing the EU hard power, while reducing militarization and preventing a security dilemma. The EU can develop more complex and integrated security mechanisms, but these need to be applied only if needed and only when authorised by international law. Balancing both principles is indeed a difficult task, but one that should be taken seriously, if the EU wants to uphold multilateralism, foster peace and stability.

In conclusion, ‘strategic autonomy’ has arisen as a necessity for a European Union in a multipolar world. Establishing defence goals beyond American involvement can really benefit the EU and its citizens since the interests and the priorities of European countries do not always converge with those of the Americans. However, the move is not without obstacles. The EU will need to learn how to become an international power without losing its ethos.