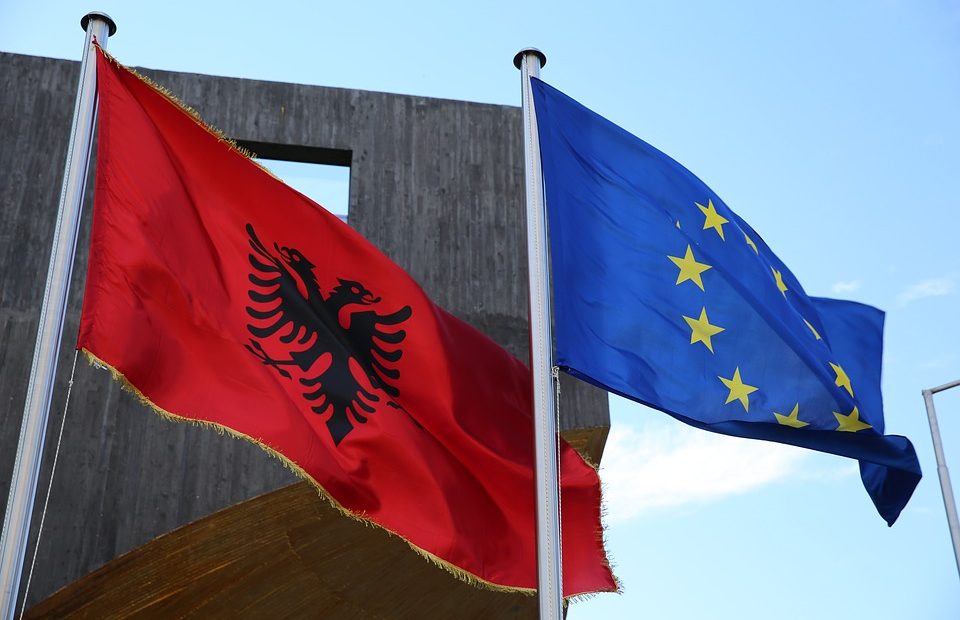 France’s veto: change in Albania’s road to the EU?

The process of Albania’s integration into the European Union (EU) has been considered the most strategic national priority, leading the country’s governing agenda. Since June 2014, Albania enjoys EU candidate status. However, the criteria set by the European Union for membership are preconditions for moving to the next phase of the process, which is the opening of negotiations. Receiving candidate status marks a very important step in Albania’s EU integration process, as it reflects the progress of reforms undertaken and paves the way for the country’s full EU accession process.The next step in this process is the opening of negotiations for EU membership, subject to the full fulfilment of the five key priorities such as: independence of justice institutions, war against corruption and all key priorities related to the protection of human rights that each candidate country must fulfil and to help their political strategy become part of the unification of Europe.Following the fulfilment of these priorities, Albania’s task during the negotiation process is to adopt and implement all the EU acquis, which are divided into 35 chapters, the progress of each of which is monitored and evaluated by the European Commission.Only after the negotiations and associated reforms have been satisfactorily completed for both parties (Albania and the EU) can the country join the union.

Albanian Prime Minister Edi Rama said that, with the EU’s decision, Albania had “regained its lost dignity in the eyes of international partners. It was not an easy job, Europe is not a door that opens easily. After the (European) elections, things could have gone in another direction. The reason I am thankful to European leaders … is that they stood by the project of Europe,” – he told.

But what happened in the October EU summit and what is the reason of France’s veto? Does this affect the future of Albania or the path of its citizens towards the European Union?  What decisions were made?

French President Emannuel Macron has not been persuaded to open negotiations with Albania. Meanwhile, the Netherlands and Denmark are also positioned against Albania and agreed too that Albania is not yet ready.

President Macron stated at a news conference that before the European Union can decide on enlargement, it must first reform itself. “We do not yet feel ready to open the door, despite knowing that there was great hope in countries that have made progress. Peoples are not to blame, but we demand concrete reforms,” ​​Macron added. Repeated appeals by the EU Commission and Parliament and messages from Tirana and Skopje appear to have had no effect on the French president, who continues to seek to reform EU decision-making prior enlargement. Only then can Europe’s doors be opened to new countries. This approach could also be understood as a position that conceals Macron’s need to control internal populist forces. The last card on the table to make the French president change his mind on the future of Albania was Finland, which currently holds the rotating EU presidency. However the representative of Finland commented during the meeting only that the French idea had not been considered in detail.Indeed, we can see rearranging the membership process. At this point Macron’s proposal contain “controversial points, such as a clearer definition of the stages of membership.” But at this point European diplomats ask whether the candidates must first overcome the highest obstacle, namely the full implementation of European standards in terms of the rule of law, as the French demand.

However, some EU experts emphasise the positive points in the French proposal, in particular to enable structural funds to be provided to candidate countries before accession. Some elements of the French proposal are applicable within existing rules, they can be dealt with quickly. EU expert Erwan Fouere’s opinion is that “even without French demands a stronger oversight of the reformist steps of the candidate countries should be made, this is important because of the credibility of enlargement within member states.”