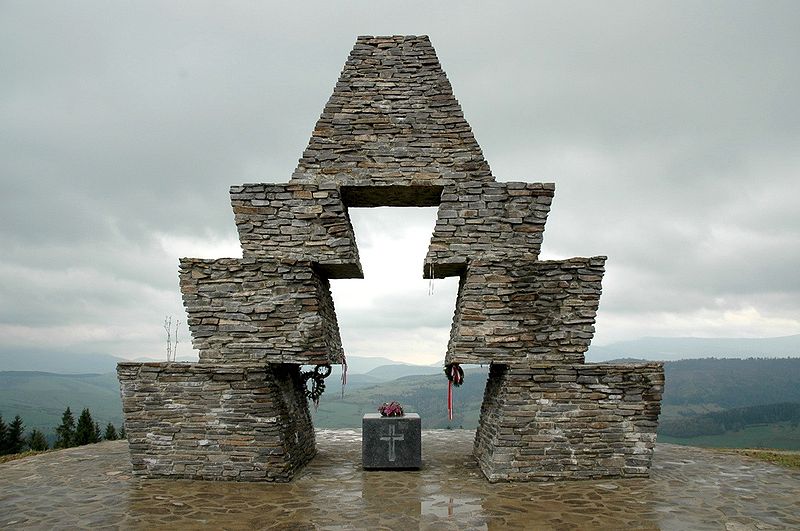 Hungarians as a minority group in Transcarpathia

We are all taught at a very young age that once before Hungary was much bigger than it is today, having borders stretching further in every possible direction. In this September I had the chance to travel to one of the lost regions digging a little deeper into its history and ask the locals similar questions mentioned above.

I was selected to participate in a history-based international project, “InBetween”. The organiser was a Warsaw-based institution called European Network Remembrance and Solidarity (ENRS) aiming to study, document and promote European 20th century history.

The project consisted of two parts. The first phase was held in Warsaw, Poland where we got an introduction to our topic, to the history of 4 ethnically mixed border regions in Central-Europe and we were taught how to use the methods provided for our soon-to-follow field study. After that, I was glad to join a little team doing the 1 week long research in Uzhorod, Transcarpathia (Ungvár, Kárpátalja). Our task was to examine this phenomenon in the selected borderland through a study visit. What could “inbetweenness” mean?…

During our stay in Uzhorod, Ukraine we all, as an international team, were able to speak in our mother tongue with some representatives of the minorities living in Transcarpathia. This place is a perfect example of an ethically and culturally mixed region with several religions living side-by-side and, surprisingly enough, without a lingua franca (common language). I was conducting four interviews with Hungarians; however, I managed to meet and talk with a dozen. We were not just asking our questions mainly regarding history or listening to life stories of the elderly but we were scanning old family pictures, texts that arose our interest.

I really enjoyed having been told about the past and what was and still it is like to be Hungarian in Transcarpathia. After looking through all four interviews I was responsible for did I realise how much I gained from all life stories and speeches I heard.

I heard some interesting details about Soviet times and some personal effects of it. I was happy to experience that all Hungarians I’ve met during the project were still insisted on their nationality; meaning the constant usage of their mother tongue at home, cooking Hungarian meals, keeping old Hungarian traditions (some even sang me folksongs which I appreciated so much as being a folk dancer). However history was not so gracious to them.

The story that caught my attention the most was told by an old lady and a man living in Mali Selmentsi right next to the Slovakian border. They were telling me stories from when the border was set up and how it affected the lives of families having been separated by the borderline for decades.

To my view, being in-between can be explained several ways. It can be meant in geographical sense. Transcarpathia is bordering now four member states of the European Union while the enormous, non-EU member Ukraine is standing behind. The region is in between the Eastern and Western Christian civilisation and culture. As for an individual aspect, children of mixed marriages can be in between different cultures, languages, religions of their parents.

As I experienced, we had rather examined a younger generation in search for the meaning of this word. My interviewees were all over 70 which was good on the one hand as they could tell me their stories about historical events. On the other hand they are not so influenced by the present government as probably their children and grand-children. There were not as many mixed marriages as today at their time. They were not always forced to assimilate and were not oppressed. As a conclusion, this region can serve as an example for all of us. So many different nations, cultures, diverse languages, various religious aspects but to my view it can be surely stated that people living there are of the most tolerant type. Let Transcarpathia be a role-model.