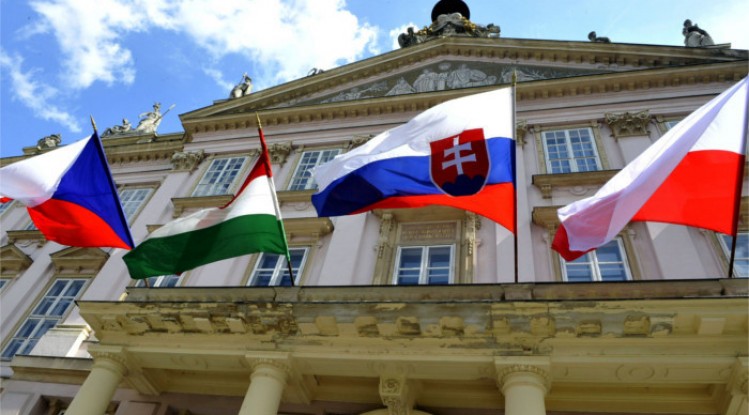 The huge importance of the integration in Europe

Poland is the most important destination state in the European Union for Ukrainian and Belarusian migrants. One of the reasons can be seen in the similarity of Slavic languages. Moreover the cultures share the same roots.

Migrations have an enormous influence on the society. The integral part of the human rights catalogue is the freedom of movement. According to that category every citizen has the liberty to leave the state and to return at any time. The borders between countries are useful because of the administrative and pragmatic issues. However they should not redefine nor create the entire identity of the person. Everybody should have the opportunity to search for a job and accommodation abroad. The place where the person was born should not decide where she or he spends the whole life. Rather the level of education and the language skills than the citizenship should determine the perspectives of the career.

The Visegrad Group (V4) supports and develops the idea of the European integration. The mutual understanding and cooperation between countries may facilitate the process of overcoming division in Central Europe. Similar culture, tradition and education is a reliable fundament for the regular collaboration. The borders in Europe sometimes seem to be artificial. On one hand we should remember about the history but on the other hand the current situation is more important. Consciousness of the historic inheritance is taught in the family or at school. That is also the matter of the independent studies in adult life but these should be done in a way that does not affect the relations with people from different countries. The Visegrad Group was established on 15th February 1991 in the summit meeting of leaders from Hungary, Czechoslovakia and Poland in a small castle town Visegrad in Hungary. The organisation does not rival with the European Union but is meant to complete and support it. There are still problems in the society that existed when the V4 was established. Moreover some new issues have occurred but that makes the Visegrad Group even more necessary nowadays.

V4 helps people to meet, to learn and to integrate for example during the interesting activities like “Seminar on Visegrad Minorities in 2025” in Bratislava on June 2016 or “World-changing words” in Budapest on May 2017. Nowadays it is possible to see that a lot of young people declares the conservative view towards the world. They become Eurosceptic and focused on narrowly understood national interest. However the integration of young people from different countries can slightly affect and change these views. Building the trust and understanding from the beginning takes time but is worth of it. Everybody knows how the intolerance resulted in the last century. All the initiatives created to unify European countries are giving the hope for the future.

One of the most positive and bringing tolerance situations is the opportunity for migrants to settle down in the new country and to study and work there with the same rights and obligations as a citizen. Poland became a new home for a lot of people coming from the Eastern countries. The cultivation of the regional and minority languages is a matter of great importance but on the other hand the official language in Poland is Polish. There is enough time to protect both Polish and minority languages. Some people are afraid that the members of the European Union are losing their national identities but it is not true. Different cultures enrich each other. Especially in a small group of four countries like the Visegrad Group the common interests and roots are the solid basis for the integration. It is possible to work together and to share the ideas without losing anything.