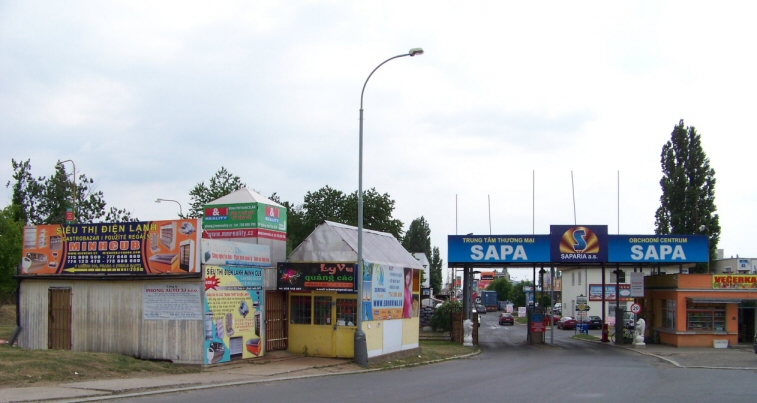 500,000 – that is a number of foreigners in the Czech Republic. Around 60,000 among them are from Vietnam. They are the third largest minority in the country. The first Vietnamese came already to Czechoslovakia where they were studying under the agreement about increasing the qualifications of the young Vietnamese. After a fall of communism and creating the Czech Republic in 1993, many people from Vietnam decided to stay.

They created closed communities and because of this fact, many Czech people started to be suspicious of them. They thought that that deal drugs and that smuggle the goods. This stigma was still very strong in the 90s and even now it is inside Czech people. Because if you say “Vietnamese” to the Czech person, he will tell you things like: “merchants, shops, markets, cheap clothes, industriousness.” Partially it’s true because Vietnamese own shops and big markets with all kind of things. In Prague is a big centre of this community which is labelled as a town in a town and it is called SAPA. These people are often isolated, they have their business and they are strongly connected to the Vietnamese community. But their children are different. They change this situation. They are called “the banana kids”.

Inside white, on the surface yellow. That is a brief characteristic of the young generation of Vietnamese. They talk with their parents in Vietnamese but they have Czech friends and they are more open-minded to the Czech culture. They don’t want to work in shops like their parents, they want to discover the world.

There is a woman who regularly informs Czech society about their way of life, one of the most visible was. Do Thu Trang is a blogger who writes about cultural differences between Czech and Vietnamese and she received the Journalistic Quail which is one of the most prestigious journalist awards in the country.

But this is one of the many examples. There are a lot of young Vietnamese who try to increase the knowledge about their country. And their voice is rising, they get out from the shadow of their parents and they give us a look at their world which isn’t only white and yellow.