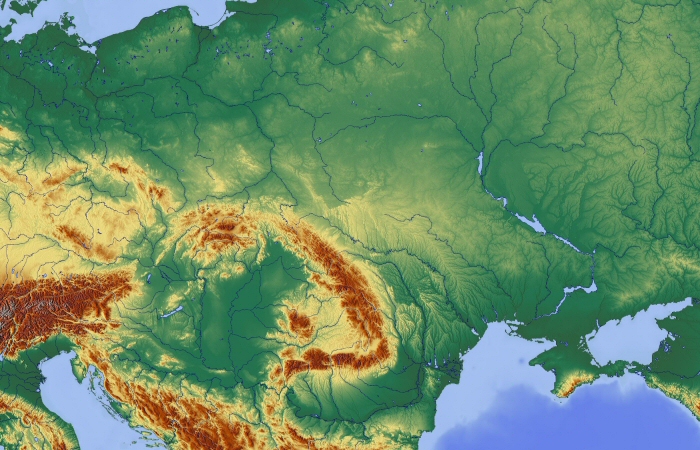 Thoughts about the historical reconciliation in East-Central Europe

In East-Central Europe, despite of our common roots, we are divided by so many historical traumas. We have cultural traumas in common, e.g. the German or the Soviet occupation, but there are some more we caused to each other, as the national identities of this region born, evolved and turned against each other. So although Central-European countries have a lot in common: from gastronomy and spirits through the same heroes to that invisible bond what makes a Slovak or Romanian to sit on a common table with a Ukrainian or Hungarian on an international event. The only problem is that they also share a whole history – and as they officially interprete it in different, still ethnocentric ways, this became the main topic what stands between them.

As a student of Minority Studies at ELTE, a volunteer of the Charta XXI Movement (working for the historical reconciliation in the Carpathian Basin), and the trainee of Terra Recognita Foundation (“for a Central European cooperation”), I have a strong focus on the Central European identity: how to help people to overcome the prejudices and to find the personal and cultural values in each other across the borders in this region. As I have a Historian BA degree, I find the historical perspective very useful in finding the answers to these questions.

Looking at the issue of minorities more broadly, in my opinion minorities have an extremely important role in Central Eastern Europe (or as I see, East-Central Europe.) Minorities always mean challenge to the majority, but this question offers the opportunity to the majority to become more empathic and solidary. And empathy and solidary are always ones of the most important human values, which help to build more cooperative, therefore successful communities, societies and regions – regardless of the fact that the presence of an ethnical minority is due to its historical roots (Hungarians, Roma, Jews, Ruthenians, Germans, etc.), the globalisation (Turkish, Chinese, Vietnamese, etc.) or the migration crisis of our days (Syrians, Afghans, etc.) Although they are not in the focus this time, we must mention other kinds of minorities, such as religious or sexual minorities, or other “differents” for instance disabled, disadvantaged or other deprived, deviant people, or communities.

But let me return to our main topic: finding solutions to build bridges across borders in East-Central Europe, and then realise them. It should not be a really tough task: we need a group of historians, social psychologists, and some enthusiastic NGOs from every country of the region, and if they got all the background from politicians for the time of two or three generations, there could be extremely positive changes in the self-evaluation, mental health, and especially in the connection between our countries, I think pretty soon (I mean as early as 50 years).

And this is the point when things get stuck, and we get back to the ethnocentric history books. I don’t want to oversimplify things, but let’s face the fact: healing historical traumas are not those topics what is worth to deal with today as a politician. But it is another issue, and we still have tools in our hands! So I would like to mention an idea, what seems to be a great tool for me to get closer to each other, while bypassing the poli… so the barriers which can separate us. At first, probably the most crucial for us, Hungarians in the “sea of Slavs”: the language barrier. But there is a platform what is one of, if not the best way to learn the basic of our languages. Let’s start to develop mutually to learn each other’s language on Duolingo!

To sum up: there is need for the reconciliation. Meet with some thoughts of the Charta XXI Movement, which collect those people, who are willing to overcome their biases:

“Anyone can join the movement who:

The Movement of Reconciliation is more a form of behaviour, an attitude of life rather than an organisation that can be joined via signing this declaration.”

The Movement has more than 6700 supporters today. It can be a lot or just a few, depends on how you see it. But I think this is the mentality, what makes us ready for that work, which Attila József, a great Hungarian poet of the first part of the XX. century tells us about in his poem By the Danube:

“I want to work. Enough of conflict goes
Into that need which must confess the past.
The Danube’s tender ripples which compose
Past, present, future, hold each other fast.
The battle which our ancestors once fought
Through recollection is resolved in peace,
And settling at long last the price of thought,
This is our task, and none too short its lease.”

These can be real world-changing word, if we follow them, aren’t they…?