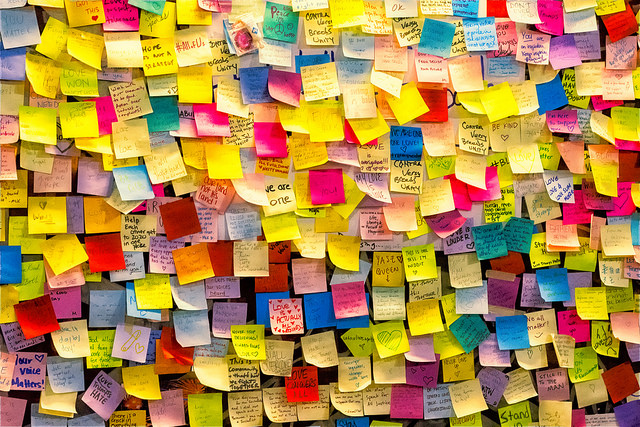 What can help us to stand the fear from no one coming to Europe?

Migration crisis: billions of people breaking the borders just to live in the wealthy Western European countries. These are the strong quotes of internet media titles or even politic parties in V4. Why? Because last two years are media and people themselves fighting with the fear from terrorists, foreign kind of religion and some cultural signs that we are not used to. We are not used to different people. But when someone look closer at the facts, this behaviour is nearly insane.

Why? Because if we spare some time to look at the statistics and the numbers of people coming to the heart of the Europe – I am sorry, but I am going to talk mostly about Czech republic – there is absolutely nothing dramatic to fear from. As the data from the organisation People in Need (and Eurostat statistics) say, the number of people going to our country is not different from other years. Most of the people who want to live there are from Ukraine.

For a long time, there is a number of Ukrainian people going to Czech for work, living or just finding a happy life without poverty or hunger, every year. Mostly there are working Ukrainian men sending the money from hard labourer work to their homes in Ukraine. I have met a labourer who had worked on the front facade of our house – he was a graduated doctor, but now? He is working 12-hour shift works on other houses just to send enough money to his family in Ukraine. But – he is doing this for some years now, and he has his own car and two houses in some village near Kiev. Every coin has its two faces.

What I am trying to say is that not all of the things are just in white or black colour. There are lot of facts we should focus on and we just do not do that. We are comfortable with our old way of living, we do not argue about the lies we hear from some politics – we think it does not matter now. But that is not true. I would give all of my property away for some politician, who would want to discuss the problems we are struggling with because of terrorism or migration crisis. But mostly they just need to find some benefits for themselves I guess and keep telling people: it will be ok. We will go back to the times where everyone was happy. Calm down, we will make it, together.

If I can go back to the statistics, there is other interesting way how to read it. The second place on it stands for Syrian people running from the war disasters. That might have change from the other past few years. Applicants for asylum in CZ were 129. But only 29 got their answer: yes, temporarily you can stay. 29 people! That is not even a third of the total amount of the applicants. The question is, how many of them really stayed at CZ when they saw the speeches full of hatred and disrespect to other human beings.

This should not be an article about my love and understanding to refugee people. But what I want to say is that we should not close our eyes from what is going on – especially now, heading towards the next elections in Czech Republic. I pray for the people to not be calmed down by phrases like “No to Islam religion” or “Together, we can make it”, because these phrases mean nothing.

What we should talk about is a lack of discussion. Empathy. Kindness. And knowledge, which could help us all. Because there is nothing like going back – there is just a way how to stand the changes we cannot stop. Neither with weak phrases, nor with some strong arm above us. Together, with discussion, there we (maybe) can reach the world-changing words.