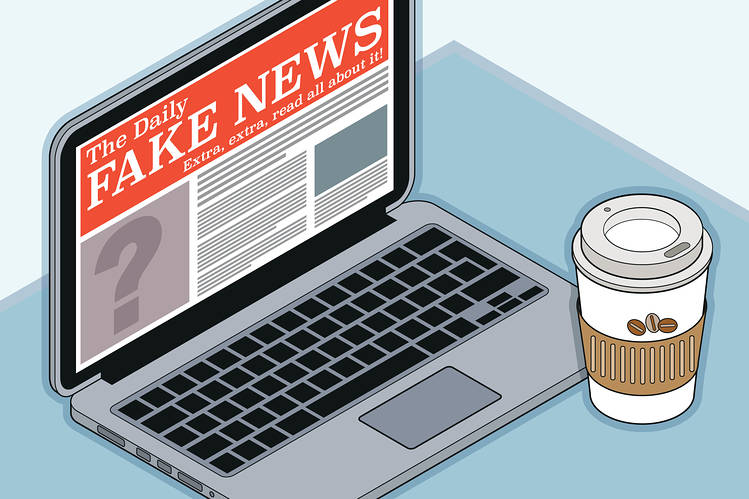 In the abysses of Internet, the predators are on the prowl – Why fake news could be lethal for democracies

On the Internet, news emerge and submerge quickly as water animals do in the sea. Sometimes they swim away as little gold fishes, sometimes they isolate, attack and devour the others. In the category of marine predators, the fake news represent the most dangerous species. They destroy different forms of life swimming in their same habitat, and they constitute a different environment whose rules risk to spread in all the oceans.

Like the most resilient animal species, the fake news did an effective evolution: they preserved the characteristics that made them resilient, but they changed preys to become prolific. The short term goal remains purely economic: the fake news are written to be viral, popular and well-advertised, a fruitful source of revenues of their authors. Also, the nature is unchanged, since they are still producing a version of reality that is attractive as it is easy to understand and to appreciate.

The evolution lies in the political usage of the fake news, whose relevance has grown together with the spread of the social networks and it is able to produce medium-term effects. Instead of being published as autonomous piece of news, the new species belongs to websites whose entire content is made by fake news. The topic of the new fake news is the key element: it is not more concerned with funny, harmless facts as the fattest cat of the world, but it is related with the States’ internal politics and their foreign affairs.

Brexit and the last US elections are two of the most recent examples of how a national civil society can enter a specific path after being exposed to fake news. The popular will that expressed itself by the referendum and Trump is not under investigation: the real, first question is identifying the actors who finance, fund and take advantage from fake news creating an alternative reality to which people believe and react through democratic consultations.

Putin’s Russia has resulted to be a likely financial backer, creator and promoter of fake news, seen as an instrument to mine the internal social coherence of rival States. This is the goal of the Internet Research Agency, an enterprise located in Saint-Petersburg whose employees write and publish online fake news supporting the Russian foreign policy and its international interests. The old motto “follow the money” can be applied to IRA: it is a private company funded by Yevgeny Prigozhin, a successful entrepreneur operating in the field of catering who was able to support IRA with an average monthly sum of 1 million USD. This money was skilfully employed in the systematic attack of Hillary Clinton, former candidate for the Presidency competing with Bernie Sanders and Donald Trump. Among numerous strategies, IRA employees were given the task to open fake Facebook pages, an ideal location to fuel the image of a crooked Hillary uploading photos and links made by IRA itself. Today’, account activities from IRA are blocked.

However, the danger of fake news making up an alternative reality still slithers in international politics. Fake news are not only a propaganda tool, neither an isolated attempt to sow discord in Western societies: they are a strategy of foreign policy, that gives birth to sharp power, an insidious instrument whose consequences are treacherous. In few words, the sharp power differs from the soft one, that is the spontaneous attraction to a model of civil society, but it is not the same thing of the hard power, constituted by the use of force. The sharp power implies the ability of an external actor to expose a specific civil society to a series of all equal messages, whose content is likely to foster a strong, homogeneous reaction from the majority of the public opinion.

The fake news are not a form of freedom of expression neither a product of an unbiased web: they are an infesting weed that risk to bound tightly the roots of the tree of democracies, suffocating them. Since most of the fake news share similar traits, as short length and dubious sources, the answer to them shall be both political and cultural. Social platforms as Facebook have started very late to show awareness about the international implications of the political propaganda taking place on their pages, but there is still not a European or a UN authority to sanction fake news. This institutional and political vacuum is worsened by the absence of educational campaign aimed to educate the public about recognising true or fake news, letting it to be an easy prey to the fake news.

There are two admonishments that shall induce governments and civil society to actively react to fake news. One comes from recent times, the other dates back to 1600s.

The first one implies two nuclear powers, Israel and Pakistan, whose strained relations are often subject to dangerous, political blows. The last one, occurred in December 2016, was provoked by a fake news. It claimed that the Israeli Defense Minister would have threatened Pakistan with a nuclear attack if Islamabad has sent troops Syria. The Pakistani Defense Minister, duped by that news, replied on Twitter that also Pakistan had nuclear power, giving birth to rattling misunderstanding on Christmas’ Eve.

The second one dates back to a troublesome period for Europe, the Black Death of 1600s. In 1840, the Italian writer Alessandro Manzoni wrote “History of the Infamous Column”, an historical essay about the city of Milan dealing with the Black Pestis in those years. While the plague was relatively calming down, there was spread the rumour that a barber and a health officer were the responsible in infecting the people. The absence of medical knowledge and the public role of the two men condemned them to be tortured until death, in the name of a lie that became the people’s truth.