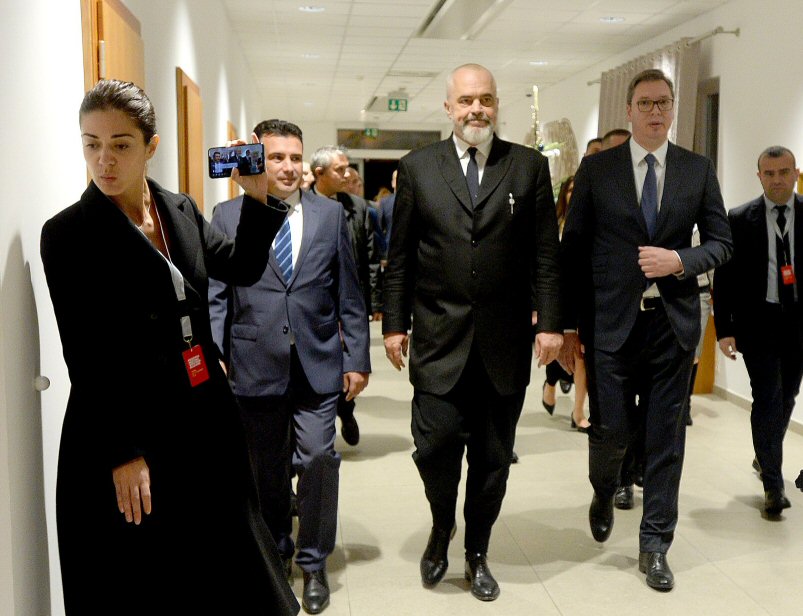 Is it time for the Western Balkan countries to be part of the EU?

The term “Western Balkans” was first formally used by the European Union in 1998 and during the rotating presidency, under the leadership of Austria. The first membership talks of these countries have started with the launch of The Stabilisation and Association Process.  This process marks the third group of countries that have joined the EU accession process.  The first group consisted mainly of Western European countries, while their accession process was known as the “accession process”, while the second group consisted mainly of Central European countries, the process of which was otherwise known as the “association process”.  Even the agreements themselves, which have been concluded with these countries, have largely held the title of these three groups of countries, such as: for the first group the “Accession Agreement”, then for the second group the “Association Agreement” and the third and the last for the Western Balkan countries, the “Stabilisation and Association Agreement”.

However, this process of EU enlargement in the Western Balkans is more complex than in the case of other countries in Europe. These countries in this region did not have the same fate of Western European countries, which largely functioned on democratic principles, but those of Central Europe, which “easily” transitioned or embraced the principles of democracy. The transition of the Western Balkan countries and Kosovo, in particular, has lasted beyond any EU forecast and optimists in Europe. While this transition is not yet over, the process of their membership will continue. This prolonged transition and a number of other factors have contributed to the growing distrust of the political class that these countries will have the proper development of a functioning democracy in the future.

The idea of ​​a united Europe, which would include the Western Balkans within a decade, is not promising because of some developments within the EU. The accession process of these countries, with the exception of Croatia, which is already a member state, will still remain a major enlargement challenge in the future. These EU countries enjoy two types of status within this process, such as the candidate status held by Macedonia, Albania, Montenegro and Serbia, and the potential candidate status of Kosovo and Bosnia and Herzegovina.

It is also true that the Western Balkan countries have many problems related to organised crime, corruption, the economy or other social problems. And, precisely in view of these problems, many EU states reject their EU membership. One of these countries is France and the Netherlands, which think that the EU does not need more states that will bring instability for the reasons I mentioned above. But on the other hand, the EU has to say that it has supported these countries in their economic and political development, Albania being one of them, and not so long time ago, Albanian Prime Minister Edi Rama at a meeting with German Chancellor Angela Merkel, said that Albania is ready to be an EU member and that Germany supports its membership in the EU. This is undoubtedly a very good thing for this region as being part of the EU will enable them to grow even more economically and politically.

I think that given the history of these countries, given how well they have grown and developed, it may be time for them to open the door to EU membership, even though not all those conditions are completely fulfilled. Also consider that the membership of these countries in the EU, above all, provides political and economic stability. Membership of these states strengthens their position due to equal participation and helps to protect domestic interests within the Union. Kosovo, in the wake of its declaration of independence in 2008 and with the problems of refusing to admit Serbia and some EU member states, is in search of extending international subjectivity.

The EU has already accepted in full circle states that have been the same as the Western Balkan countries today, with the same problems, but for many reasons these states are now part of the EU. Undoubtedly today, the world is facing many challenges, such as terrorism or global warming, which undoubtedly need to be resolved. On the other hand we have Europe, which is facing a political and economic problem such as immigration or refugee arrivals, or the Brexit. Perhaps these may seem as “weak” moments of the EU which is now focusing to resolve them. However, as I mentioned above, the EU should not forget the Western Balkan countries, the latter should already be part of it in order to have stability in the region, not just prosperity and progress in economic terms, but most importantly, a functioning democracy.