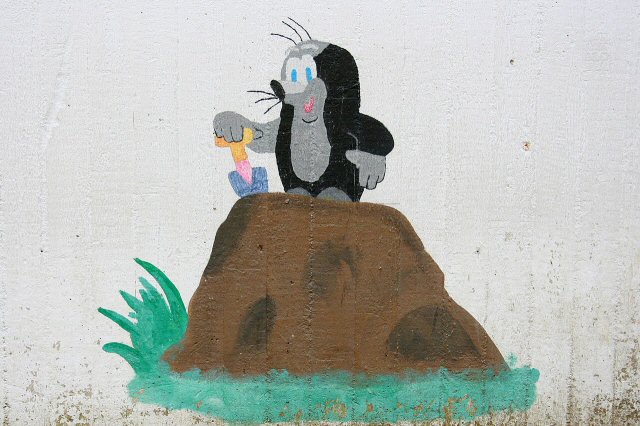 In Krteček we trust!

There are many that deserve admiration for influencing human’s rights. Some definitely get the recognition they deserve but there are also many that do not. One of the forgotten ones is also Krteček. And this is his story.

Krteček (or Krtek) is a mysterious character known only from the ancient Czechoslovak Soviet cartoon sources. His appearance can be scary but do not get fooled, he is known to be more humane than many humans.

Even though Krteček is not much of a talker, he is usually known to talk only through interjections – such as “hey, look, oh, hurray,” his actions say more than thousand words. Legends say that Krteček had to overcome many troubles throughout his life. Yet, he always succeeded with cunning and peaceful mind. Like the one time when Krteček got involved in a horrible car accident while getting seriously hurt. Not only he forgave the person that was guilty of the accident, he also taught him how to behave on the road. Krteček’s stories are full of wisdom, sympathy and understanding.

On a typical scene from the cartoon, Krtek can be seen portrayed with his comrades and closest friends. I think we can safely claim that he does not even consider any problems with having friends of different races. Yet, he does not stop there, he is known to help all kinds of animals also outside his friend’s circle. It is told that once he saved a baby eagle floating helplessly on the river, a lion from aching tooth or a hedgehog from a human cage – and these are only fragments of the whole life of Krteček. His heroic deeds can truly be an example for us all.

I believe revolutionary character of Krtek should be always remembered for the generations to come. Never have I been much of a believer but in Krteček I do. Following his actions, we can all be redeemed and build a new and a better world.