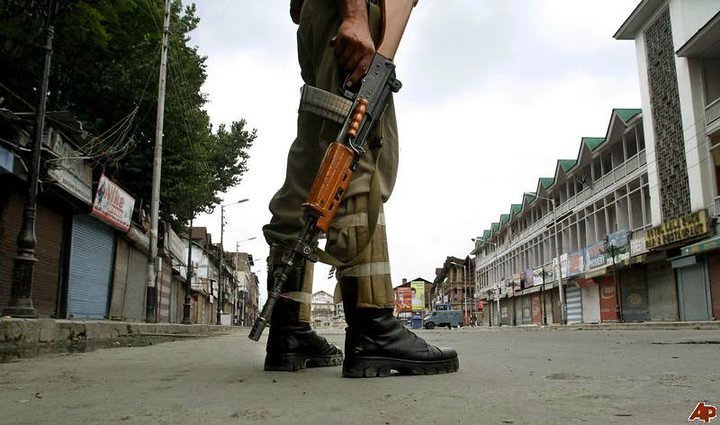 Kashmir: the war that never ends

Since 1947 when Britain left its colonies in India, Kashmir, which ruled as an independent principality, was left free to decide its union with India or Pakistan. Muslims being the largest population in Kashmir, sought unification with Pakistan, but Maharaja Hari Singh decided to unite the country with India by an agreement. By the time the agreement was signed, both India and Pakistan had gained their independence. This decision would bring the two countries later in a conflict that continues to this day.

India strongly appreciates the 1947 agreement by controlling much of the region, while Pakistan claims that the agreement was signed against the consent of the people of Kashmir. Holding different positions, these two countries have been involved in three concrete armed conflict situations. In 1965 the countries were involved in the first war which resulted in the partition of Kashmir into parts controlled by Indians and Pakistanis but eventually failed to resolve the situation. In 1971, following the unfinished war of 1965, the two countries withdrew troops from the UN-supervised Line of Control and vowed not to interfere in each other’s affairs. The next clash came just six years later, after Pakistan accused India of violating the agreement. Meanwhile, in 1999 the latest major conflict between India and Pakistan occurred in the Kargil area of ​​Kashmir, where more than 1,000 people were killed on both sides. It is often referred to as the Kargil War.

More recently, in the attack on the paramilitary convoy on February 14, 2019 in the Indian-controlled part of Kashmir, 44 Indian soldiers were killed and 20 others were injured where the government of India accused Pakistan in connection with the attack. Pakistan rejected these claims and through a statement condemned the attack.

India on February 26, 2019 carried out air strikes on the Jash-i-Muhammad camp on the Pakistani side of the Kashmir Control Line. Pakistan shot down two Indian warplanes on the grounds that they have violated its airspace. Meanwhile, another three Pakistani fighter jets entered India’s airspace. Indian media has reported that the Indian military has shot down a Pakistani F-16 aircraft.

Following these tensions, many airports were closed for national and international flights. All civilian and commercial flights were banned at all airports in Pakistan. Pakistan announced that it has closed its airspace until a second announcement. While India announced that it has banned flights from Srinagar, Jammu and Leh airports of Jammu Kashmir region, from Chandigarh the joint headquarters of Haryana and Punjab provinces as well as from Amritsar airport in Punjab province. According to media in the region, civilian aircraft that will use the airspace of Pakistan and India have either returned to the airports where they came from or headed to alternative destinations.

In August 2019 India decided to repeal Article 370 in its Constitution, which recognised the autonomy of the Kashmir region. The decision was followed by numerous protests on the streets of the region, and the federal government decided to close many schools, shut down the internet and cut off telephone wires, leaving the region’s 12 million residents in total isolation.

Pakistan demands that the Kashmir problem shall be resolved by a referendum decision of the United Nations Security Council of 1948. India, however, because most of the Kashmiri population is Muslim, does not approach this decision. It is for this reason that it seeks to hold Kashmir in military hands.

In my opinion, there are numerous scenarios for ending this conflict between India and Pakistan. One of them would be that this conflict is resolved by a third party who has no direct interests in the matter: the United Nations, for example. But since India has not agreed to this solution since 1948, the UN shall bring new resolutions in order to reach a solution. The end of this conflict may also come from the declaration of Kashmir as an independent state, but this is even harder to achieve. The best solution would be a popular referendum in Kashmir, but as it consists of a Muslim majority, it would join Pakistan, and this is something unacceptable for India and would be regarded as a loss. In my opinion the best solution would be to put this region under UN protection and by removing the acting authority of both countries in Kashmir. First of all, it is necessary to calm down in the current situation and then secondly to find a final solution.