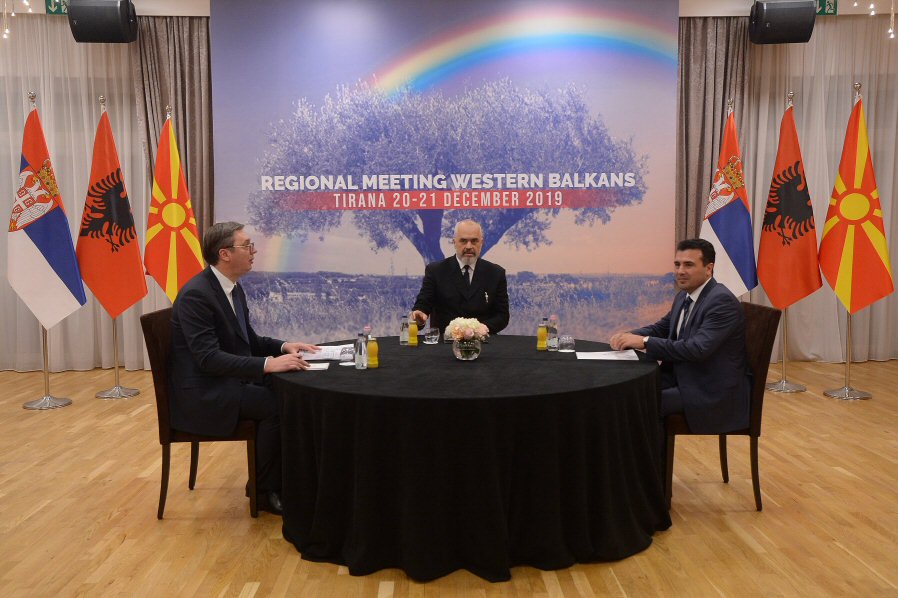 Why don’t we need a mini-Schengen in the Balkans?

On 21 December 2019 the third summit was held in Tirana, aiming at concretising and realising the mini-Schengen of the Balkans. This initiative is seen as a strategy by which the Balkan countries will not only accelerate the economic, social and cultural development of the region, but also accelerate the accession of these countries to the European Union. A region that aims at achieving a unified labour market and systems, transport and trade facilities, in order to promote the influx of foreign investors into the region.  This region through this summit aims to increase the values ​​and standards of living according to the European Union through cooperation between countries, thus shortening the path to EU membership. Countries of the Western Balkans are now intend to secure four fundamental freedoms: the free movement of people and goods, services and capital.

But what is the origin of the mini-Schengen?  In fact, the initiative for the de jure and de facto creation of the Balkan mini-Schengen is not new and unknown. This has been articulated long ago by German Chancellor Angela Merkel in 2014 known by the name of the Berlin Process and its aim is to accelerate through co-operation the membership of the Western Balkan countries into the European Union. The basis of this diplomatic initiative consists in reaching some agreements that help the countries of the Western Balkans, although to date, after five years of the Berlin Process nothing has been accomplished and all efforts have failed.

In my opinion, gathering this summit or attempting to create a Balkan mini-Schengen with only three of the six Western Balkan countries is a failed attempt and without a bright future. At this meeting, the leaders stated that they do not intend to create a European Union in the Balkans, but only wish to realise agreements and cooperation between states in order to develop the region economically and socially, but not only. Purpose and intent maybe on the surface look great, but de facto and de jure – in my opinion – this cannot be realised. And this has a logical and very simple explanation. Like Albania and other Western Balkan countries, they are part of CEFTA and other official roundtables, which in one way or another assist and are working on the realisation of the points presented at the summit.

Another reason why I think there should not be a Balkan mini-Schengen is – as mentioned before, – that at this table only three countries have come together, leaving Montenegro, Kosovo and Bosnia and Herzegovina aside. Kosovo has refused to attend this summit, and of course the cause is Serbia and the centuries-old disagreement they have. On the other hand, Montenegro and Bosnia and Herzegovina also disagree, as they think this is not a Balkans but a Serbian initiative, which has never stopped trying to realise Greater Serbia, and this time with Albania as a part of it.

I think that the Western Balkan countries have many internal problems that need to be resolved.  And I do not believe that any other diplomatic initiatives, which seems unsuccessful at first, could solve these problems or increase foreign investments in these countries. Also, a membership in such a mini-Schengen Zone cannot be the best nor the shortest way to become full-fledged members of the European Union, although it is backed by some European leaders.  In spite of the historical, economic and social reality of the Western Balkan countries is very different, it is unlikely that other European countries would consider applying such policies that do not fit these countries.

This diplomatic initiative is not in favour of Kosovo and the only country with the most benefits is Serbia. This de-factorises Kosovo politically and economically, as this implies the delegation of mini-Schengen state competences. Kosovo and Albania could be severely damaged in that sense. Serbia, as the country with the largest population and the most developed economy among the Balkan countries, is trying to keep a geopolitical balance in the region by taking into account both EU and Russian interests.

As I see that in the region there are already many cooperation platforms established and operating, and any regional platform is welcomed which is an inclusive one and without political interests. This should be a precondition, so that new diplomatic initiatives and cooperation can be promising and beneficial to the region and does not incite new disputes or to remove old wounds. I think that partnering between countries, working together without neglecting any of the six Western Balkan countries, will bring more productivity, more economic, political and social development to this region. It will also further increase trust between them and between people, trying to reduce or eliminate barriers, whether legal, administrative or bureaucratic within our region.