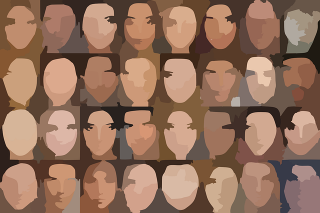 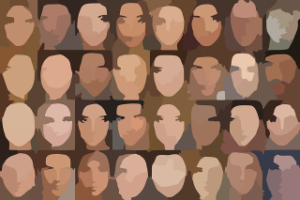 Populism has always been there, but its rise has explicitly advanced lately around the world. Populist leaders are gaining support and an increasing number of populist parties are obtaining votes, securing parliamentary seats and entering government coalitions as well as emerging as an active opposition. What does populism mean? Is there a certain widely accepted definition and explanation? Not really. Media usually refers to the term as the expression of anti-establishment and anti-elite sentiments when in academic pieces, populism often describes different political movements, ideologies and political contexts. While there are its different forms, most widely known are exclusionary and inclusionary forms making it a tool utilizable for diverse purposes. I would like to focus specifically on minority rights.

Coming from Georgia, a country located in the region, that is a hotspot of minority issues and living in Hungary, a country harshly experiencing the migration crisis, played a major role in directing my attention to the issue and understanding manifestation of populism’s exclusionary forms and the need for the change to more inclusionary and democratic version. Similar cases occur not only in Europe, but all over the world, seeing minorities, immigrants and other vulnerable groups being targeted. Yet, living in Europe makes me focus more on migrants, indigenous people, ethnic and religious minorities facing challenges on daily bases. I strongly believe we indeed face the clash of civilizations respectively of Samuel P. Huntington, who spread the idea in 1996 and I slowly tend to be more convinced that we do face conflicts, discrimination and breach of human rights because of, in some cases, lack of understanding and in others, lack of respecting each other’s cultural and religious identities. Furthermore, we do need to open our eyes and face reality and turn to actual measures rather than expressions of “To be”. Even after years and years of fighting for more democracy, more freedom, more rights and power to people and not the government, politics, in number of countries, is closed to the public in a sense of directing and acting as it is the “invisible team and power” influencing society. When it comes to minority groups, reality is much worse, the doors being closed to the ones vulnerable, to the ones most in need.

With the advance of populism, I believe we evidence the rise of racism, social exclusion, Islamophobia, which undermines minorities rights on local, national and international levels. As I mentioned above there are democratic and inclusionary forms of populism which fails to provide mutual platform bringing together diverse identities for cultural and political dialogue. Why? Because of fear, fear of sharing the power, fear of bring out the need for change, the need for giving up on something to find common ground for carrying out actions. What concerns me the most is finding the border to what extend minorities rights could be limited (migrants, refugees) for the purpose of security and how could International Human Rights Law successfully adjust to address ongoing issues. However, what clearly needs to be done I consider to be increased role of international, supranational organisations and transnational actors in addition with raising awareness about the risks and benefits of supporting two widely known forms of populism. What could also be done is diving into more intercultural dialogues, peace-building and finding effective solutions within not only governmental, but also on-societal levels.

Today’s trend of growing populism and an increasing lack of respect for minorities, however not being an easy task, could indeed be shifted towards more inclusive form of populism, which, in my opinion, would reduce ongoing tensions benefitting more reasonable solutions for current challenges.