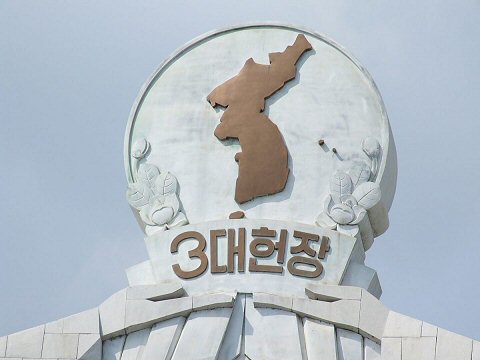 Prospects of a peacefully united Korea

With North and South Korea being separated since the end of World War II, the Korean question of reunification remains unanswered and increasingly complex. Within more than 70 years, the Democratic People’s Republic of Korea and the Republic of Korea pursued entirely different paths concerning their political, economic, and social development. Scholars depict various scenarios of a possible Korean unification, ranging from a peaceful merging to a systematic collapse of the DPRK, or an external intervention. The following discussion will focus on the chances of a peaceful Korean reunification. The revenant question of the past decades, and especially during the current military tensions between the two Koreas, concerns the likeliness of a reunifying process and, above all, the actual willingness to initiate it.

There are several elements to consider when contemplating the merging of South and North Korea. Firstly, the political regimes that were established in succession to the country’s division, differ significantly in terms of political representation, civil participation, and the execution of democratic practices. While the North Korean peninsula developed into a centralized, leader-focused system with an extended emphasis on policies of “military-first” (songun) and “self-reliance” (juche), South Korea has developed into a representative, presidential democracy. A unifying process would have to begin with equalising negotiations and a permanent peace treaty between the two countries.

However, the established, political systems represent different norms of political execution and human rights, as well as disparate approaches to foreign policies and relations. As the foreign relations of the DPRK and the ROK differ notably due to their historical alliances after WW2, the interests of each actor’s affiliates impact the likeliness and willingness to reunite the two actors. While South Korea developed to be a close partner of the USA, North Korea is mainly affiliated to China, which creates a complex entanglement in the geopolitical position of the two Koreas. China hereby supposedly supports the status quo, using North Korea as a stable “buffer zone” to the Western-affiliated South Korea. A reunification under a possible, South Koran lead would contradict the interests of the biggest regional player of Asia, putting more tension to the situation. The USA, however, potentially benefit from a South-Korean-modelled, peaceful reunification, neutralising North Korea as a threatening force in terms of its nuclear weapon’s development and the recent, mutual provocations. The interests of external players only add to the Korean interests, as both countries appear to be a political mismatch, neither ready, nor willing to adapt to one another.

Besides political considerations, the economic discrepancies of the DPRK and ROK represent an equally big challenge to a reunification. Although the scenario is often compared to the reunification of East and West Germany, the situation for the Korean peninsula varies in the extent of the inequal development of both states. While the German-German states displayed a difference of the income per capita in a ratio of 1:3, the Korean disparity lies in a ratio of 1:20, resulting in an excessive clash of differently developed economies in case of a reunification. While North Korea experiences a regular shortage of economic goods and has a reportedly low standard of living, South Korea is among the most prosperous states in Asia, having multiple economic and diplomatic ties in the international arena. A sudden reunification would turn into a drastic drop of the ROK’s economic development. In a more positive narrative, a united Korea could benefit from North Korea’s rich reserves of natural resources, and the gain of labour force from the North. A long-term reunification, however, would have to rely on an economic and political rapprochement and alignment of both states. Both scenarios would be a longstanding, costly procedure, embedded in a complex, geopolitical environment.

Lastly, a sudden, peaceful reunification could lead to high social tensions considering the clash of the economic and political differently socialised populations. North Korea is said to have created a distorted self-image among its population, depicting itself on top of the global community, especially in terms of economic standards. An integration of the North Korean population might lead to a “shock” that confronts both sides with significantly different traditions in almost every aspect of life. The estrangement of societies as well as current, military provocations created hostile resentments that potentially disturbed the perception of “one” Korean society. Moreover, as recent studies show, the reunification as a national aim becomes less relevant and prioritised among younger South Koreans, as the desire to return to the original setting seem to become a phenomenon of the past.

In conclusion, many factors seem to contribute to an unlikeliness of an imminent, peaceful reunification of Korea. The highly distinctive political and economic positions, the divergent levels of embeddedness into the international community, as well as fading public support, contextualise the Korean question into a complex, entangled scenario that is not to be unravelled soon.