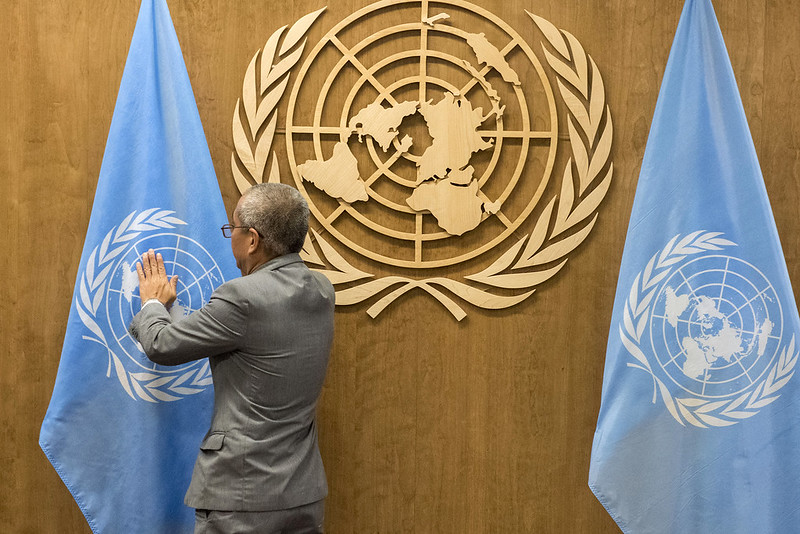 Sustainable Development Goals in the time of COVID-19

The United Nations determined very ambitious goals in 2015 to make the world a more peaceful, liveable and homogeneous place with the contribution of all nations united for the cause. The aims should be accomplished by 2030, so by now we are over the first 5 years. However, it is hard to draw conclusions due to the unforeseen pandemic that shocked the world at the end of 2019 affecting almost all countries regardless of their level of development. In the following few thoughts the main ideas of the SDGs (Sustainable Development Goals) are explained. How are we progressing with them so far? How does the pandemic influence the curse of achieving these goals? Should we deal with these ‘unrealistic’ objectives at all in the time of coronavirus? Why should we be concerned with THEIR livelihood when we are struggling to maintain OURS?

SDGs are not the first collection of universal world-changing ideas targeted by the United Nations. Their predecessors, the MDGs (Millennium Development Goals) were launched in 2000 with focus on the eradication of extreme poverty and hunger. The 8 goals were about to be realized by 2015 and although managed to bring some promising results, critics argue that its implementation was unbalanced. The member countries have dealt with only the points which concerned them, not the whole set. To my view, the main problem was that developed countries designed these targets which unfairly only applied to developing ones.

Seeing the positive outcomes but also the shortcomings of the MDGs, the member states decided to remain in this path with reforms for improvement. In the designing process of the SDGs developing countries also contributed this time. The SDGs are globally applicable, meaning that they apply not only to the countries of the Global South, but also to the North. They are less concrete, rather general goals without specific targets in numbers. This new approach is widely criticized. On the one hand without clear predetermined expectations how would you know how you are progressing? On the other hand, it is difficult to assign measures to notions like justice or gender equality. Instead of the 8 target points, the 2030 Agenda consists of 17 integrated objectives plus 169 sub targets and indicators. They include climate action, fight with poverty, zero hunger, quality education for all people living on Earth. The focus is on development with-and-for sustainability with very serious expectations in the field of environmental protection and the fight with climate change.

The yearly report on the implementation of the SDGs was just published and as expected, we can clearly witness the effects of the COVID-19 pandemic in it. Before the pandemic hit the world, there were some progress made in the schooling of children and women’s representation in leadership roles, but the advancement was not promising. In other key areas like environmental deterioration and food insecurity the numbers were rising in the first 5 years of the project. Due to the coronavirus, the situation got worse in all departments concerned. This unprecedented social and economic crisis is threatening especially the livelihood of exposed groups and exacerbating existing inequalities all over the world. The root causes of the pandemic and its uneven impacts are evidence that we should really change habits universally. SDGs and all other brave initiatives like for example the Paris Agreement on Climate Change are precisely for making this change happen.

In this time of crisis, it is a natural phenomenon that all nations turn into selfish ones protecting their own people and economy. However, exactly because of this crisis we should finally see that due to globalization the world is not a group of isolated countries anymore. But rather similar units with the same problems with different intensity. Global problems, which can only be prevented or eradicated if we act as one. That’s exactly what the UN should try and is trying to achieve being the only global intergovernmental organization.

Although, these goals are said to be unrealistically ambitious ones, it is not impossible to make them happen. SDGs are points of an agenda created by all nations that can come true only with all of them working on it. Preferably with the same intensity and enthusiasm. The implementation of these goals is in the interest of every single person living on Earth today, tomorrow and all the days after.