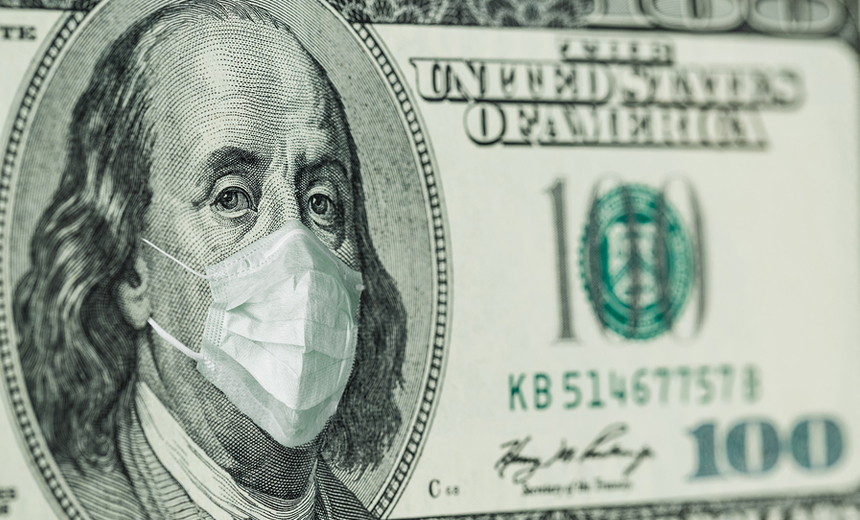 The coronavirus crisis has led to a lot of criticism towards capitalism from several different sources, most of them calling for a reform, while more radical voices point out the necessity of a new world-system. To understand the connection between the COVID-19 pandemic and capitalism, we should explore the mechanisms of the capitalist world-system.

The birth of capitalism is dated to the 16th century but back then it was only present on a small part of the world. It reached a turning point in the late 18th century when the capitalist system seized state power in the so-called “core states,” and from then on, capitalism could spread exponentially. Today, what we call globalization is technically the expansion of capitalism to more and more parts of the world, which leaves us with the assumption that while our world has changed a lot in those 500 years, the basic mechanisms of capitalism have remained the same.

World-system theory describes capitalism similar to Marxism: the main principle of capitalism is endless capital accumulation. In order to achieve this, capitalists extract the surplus value of labour by underpaying their employees, in Marxist terms, exploiting workers, while capitalists profit out of unpaid labour. World-system theory brings in the “core” and “periphery” categories of dependency theory, which says that “core” countries (today those that belong to the Global North) exploit the “periphery” countries (those belonging to the Global South) the same way capitalists exploit the workers of their own states. Immanuel Wallerstein, the most well-known world system analyst, goes further by saying that “semi-peripheral” countries exist as well, which has both core and periphery characteristics, they benefit from the labour of periphery states but are still exploited by core states. Wallerstein notes, however, that even though we can apply these categories to states, we should rather talk about regions as capital flows are more transnational or inter-regional, than international.

To maintain the accumulation of capital, capitalism must constantly expand to ever new regions. Prices and salaries cannot be reduced to zero, so if capitalism in a region has reached a point where it can no longer extract profit by any those two factors, it has to establish new working units in regions yet untouched by capitalism, usually following a recession in the home region. To understand this, we only have to think of huge transnational companies that place each segments of production in different regions, like the way car production is often relocated to Eastern Europe, to semi-periphery countries, or the way clothing brands make their products by severely underpaid workers in South-East-Asia, in periphery states.

But as the reduction of prices and salaries has a limit, so do human and natural resources. Our world is a closed unit, therefore capitalism cannot expand infinitely. After having involved all the population in wage work in all the regions of Earth, capitalism reaches a point (the asymptote) where there are no more regions that are yet to be exploited, and the same applies to nature. Capitalism built its profit mainly by extracting fossil fuels and other non-renewable resources, and while our planet is huge, these resources are not infinite. Capitalism does not only lead to economic crisis due to the reduction of prices and wages to the lowest possible, it also foreshadows an ecological crisis due to the shortage of extractable resources – from fossil fuels to natural forests that are destroyed to give space inter alia to huge areas of forage, human infrastructure and other products for the human consumption.

The coronavirus pandemic is also a by-product of capitalism. The COVID-19 virus is generally traced back to Wuhan, China, where huge luxury markets operate that sell animals for human consumption that in Western cultures we label as wild animals. It is believed that the virus has infected a human by the consumption of a bat that had been infected by a pangolin, possibly the original carrier of the virus. While China is not traditionally the perfect example of capitalism, its authoritarian state does function with a capitalist economy, and so it aspires to constantly expand its territory and find new products to capitalise on, in this case, wild animals. And because these markets are popular in more exclusive circles, the coronavirus spreads in the upper classes that have the capital to travel abroad, and thanks to our interconnected world, the virus quickly became a world pandemic.

It is not only about China, though. Apart from the fact that diseases are common among Western pig herds, the core countries have played a huge role in expanding the capitalist system to (semi-)peripheric regions. The burning down of the Amazon rainforest to make place for livestock consumed largely by Western countries, or Small Island Developing States (SIDS) being on the verge of disappearance because historically Western countries have contributed to climate change in such a great amount that the rise of sea level threatens SIDS’ existence, are both caused by the principles of capitalism.

Thus, the COVID-19 crisis clearly indicates the limits of capitalism. While it has brought an average growth in the wealth of the world population and we have a higher standard of living than the previous generations, capitalism has also increased inequalities between both individuals and regions, and it has eroded our ecological and climate systems by the endless extraction of finite resources to an extent that cannot be reversed anymore and we can only hope to halt it by exceeding a system that tells us that always having more is the key to happiness.