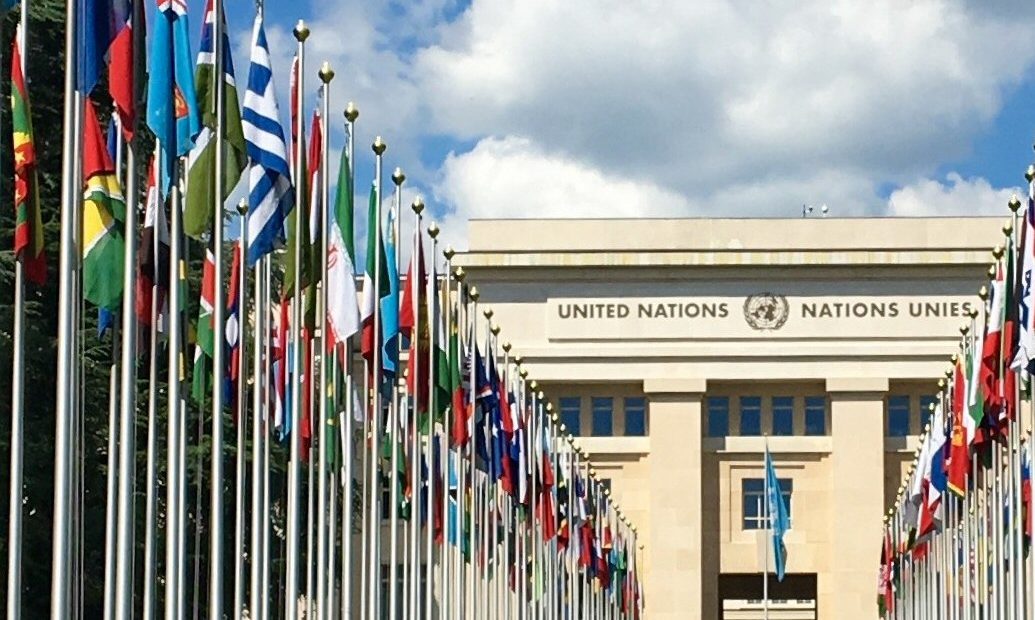 The choice we must cherish

Negative headlines have always attracted more public attention and, in the face of the international community’s turmoil since the beginning of the 21st century, the United Nations has been at the centre of all attention, even leading many experts to question its usefulness. The idea of reform is far from new and, in recent years, has emerged explicitly as something necessary to enable the United Nations to keep up with the challenges of an increasingly interconnected and unstable world. However, such reform must start with an accurate understanding of what this organisation truly is and what its roots are.

The origins of the UN go back to the period after the terrors of the First World War, with the creation of the League of Nations, often misremembered as irrelevant and a hopeless victim of a political and principled system based on practice rather than ideology or moral premises, the so-called realpolitik. At its inception, the society presented itself as a vibrant forum for the internationalisation of world politics and actors that did not even constitute states, such as Palestine, found their voice in Geneva. It was the first international organisation whose primary aim was to safeguard world peace. However, in the 1930s, the political role of the League of Nations diminished substantially until it collapsed in the face of the fascism that was gaining ground on the Old Continent. We cannot, and should not, however, forget its legacy. Some of its technical bodies evolved and developed expertise and capacity in sectors such as health and economics which, years later, were eventually incorporated into the United Nations in updated versions adapted to the new times. Today, bodies such as the International Labour Organization or the World Health Organization guide our global governance systems and it is in times of crisis, such as the most recent pandemic, that several States seek answers from these entities.

The UN was born with the main objective of preventing a new war of catastrophic proportions, evolving into an organization that seeks to minimize as much as possible the possible damage arising from our status quo and whose pillars on which it has built its blue building are global Peace and Security, the protection of Human Rights and Development. The Security Council, composed of five permanent members, the United States, the United Kingdom, France, China and Russia, is the only body with the power to decree and establish peacekeeping operations and coercive measures, the two major tools that the UN has in its arsenal. There are many criticisms related to the lack of representativeness in the Security Council, as well as paralysis in actions due to separate interests at the negotiating table, but despite all this, the work of the United Nations continues outside the diplomatic and political arena.

It makes no sense for critics of the UN to focus solely and exclusively on the Security Council and periodic Secretary-General appointments. This view of the state of affairs perpetuates an idea of the UN as a passive, placid institution without the ability to solve the world’s problems. The truth is that the United Nations is not just a single body that is the product of interaction between great powers. They are therefore an extremely complex system made up of numerous structures and agencies, each with their respective mandates, dynamics and agencies. It is through these institutions that the United Nations monitors global policies in a wide range of areas, from climate change to the economy, and this is where the work never stops.

In reality, as a whole, the UN has become effectively popular with actors in world theatre. More and more minorities and other under-represented groups are embracing the UN project in order to be properly integrated into the global policy-making game and, seventy years after its creation, the UN continues to be a guide for all mankind.

Every year, in New York, the doors of the General Assembly, the representative and deliberative forum of the UN, are opened to the public, demonstrating that the UN is more than just a place for drawing up quick responses to geopolitical crises. It is also a laboratory in which ideas are tested and claims are made that do not find their way onto other stages. Voices are heard from the four corners of the world, highlighting a different kind of power, away from the helm of the Secretary-General’s office, and a popularity that transcends the theatre of the Security Council.

Today, the mandates of the United Nations are the fruit of diplomacy among actors on the global stage. Both its successes, efforts and failures must be judged and analysed. It is at the UN that the future of humanity is discussed and, even if the bureaucracy and diplomacy carried out in large auditoriums seem distant from the harsh reality in which we live, it is these dialogues which often generate the practices and principles that allow the world to move forward.

The great hope of the Universal Declaration of Human Rights in 1948, one of the great reasons for pride in the Western world, was and still is the reason why oppressed citizens all over the world still hope one day to see their situation change. The UN works in the business of values and hope, and even though the Human Rights Council’s effective power is extremely limited, the appeals of millions do not go unheeded. Human rights are the basis of life and are the pillar of international security. There is absolutely no indecision about the efforts that must be made to ensure the protection of these rights throughout the world and the innovative work that the UN has undertaken is commendable, achieving significant results in areas such as education. However, time and funding are limited and the UN should not waste resources on epic ideas. A review and process of improvement is needed in this area, a process that may go against the interests of those who do not want to give up their slice of the cake, but which would result in a different UN with a more robust role in the world. Times have changed since the words of Eleanor Roosevelt, but the mission, although in need of adaptation to new times, remains the same.

The United Nations was created for the people, not to take mankind to Paradise, but to save it from Hell. It is necessary to believe that it is possible to make the institution that is the UN function in the best possible way, because the truth is that we have no other chance. If we didn’t have the United Nations, we would have to invent it, and so there is no other choice but to support the blue flag and hope that we never need the helmet. Nevertheless, the United Nations is the best investment the world can make at a time when uni and bilateral responses may not be enough. The notion of local problems is catastrophically misguided and we live in a global world where leadership, innovation and political courage are needed to address the crises that stand in humanity’s way to a peace that is more than just the absence of conflict.

The road travelled since the dream in Roosevelt’s and Churchill’s draft has been a long one and it looks even longer and more dangerous from now on. We must, more than ever, think internationally and critically embrace the UN project, constantly adapting it to the needs demanded by the new paradigms in which we live.