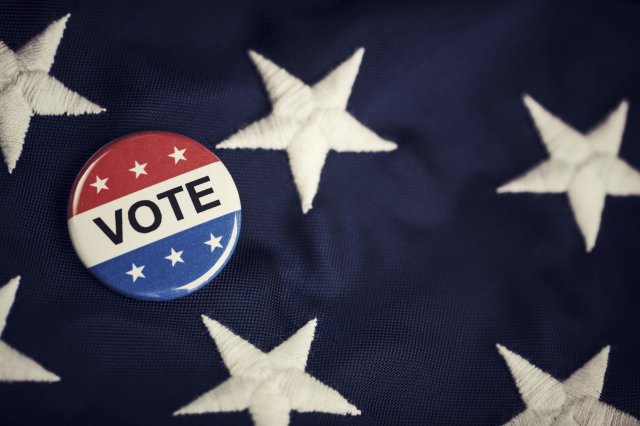 The US midterm elections – reflection of a nation’s division

The US midterm elections on the 6th November 2018 have brought new movement into the already shaken political landscape of the United States. The midterms are held every 2 years to partially re-elect the US Congress, consisting of the Senate and the House of Representative, as well as states’ governorships. Therefore, each midterm election holds the potential to reshape the legislative branch of the US’ power house. As midterms in the past have shown, the party that wins the presidency a priori is usually the one losing seats during these elections. That is why it was expected for the Republican party to lose some positions of power in the Congress this year.

However, these midterms were not quite like the previous ones and have shown that the deep division which is cutting through the political landscape of the US and its people is growing. The increasing gap between the Democratic and Republican Party seems to be at its peak, with the often frenetic performances and mannerisms of President Donald Trump contributing largely to the further polarisation. As a result of the midterm elections, the House of Representatives, representing federal states’ districts, has been won by the Democrats with a majority of 227 out of 435 seats (an increase of 32 seats). The Senate, on the other hand, remains Republican with a small majority of 51 per cent.

While these results are not particularly surprising, the distribution of votes across U.S. states displayed an atypical swing from formerly Republican voting states in 2016, like Illinois and Minnesota, shifting to vote for Democrats this November. The reason for the unexpected swing from Red to Blue in many Midwestern states could lay in the public image of the Republican party which has strongly altered since the 2016 presidential elections. The supportive base of Donald Trump has been associated with the overall stance of the Republicans, which is likely to have contributed to a re-orientation of formerly Red voters. Additionally, the voting patterns can be seen through the lenses of various statistical categories and their deepened polarisation – rural vs.  urban, young vs. old, and especially minorities, women, and first voters now tending towards the Democratic party due to the lack of representation that is being perceived with the current administration.

Due to the House of Representatives leaning towards the Democrats, a shift in power and priorities is likely to be seen in the upcoming two years. Only one day after the midterms, President Trump has already forced U.S. Attorney General Jeff Sessions to resign, after Sessions recused himself from overseeing Robert Mueller’s investigations against Trump and the possible interference by the Russian government in the 2016 presidential elections. Trump quickly replaced him by Matthew Whitaker, who is expected to bring the investigative procedures to a halt. While the Attorney General cannot simply discharge Mueller, Whitaker has indicated in an interview with CNN in 2017 that a budget cut could do the trick of effectively freezing the investigations.

This is where the Democratic House comes into play as it has now the subpoena power to forward their own investigations, not only regarding Russia but also related to Trump’s often questioned record of tax returns which the president refuses to disclose. Furthermore, the Republicans’ attempt to dismantle Medicare and to dismiss the idea of universal healthcare can now be more effectively countered and haltered by the House of Representatives, possibly allowing a further withstand of medical care programmes. With the Trump administration, medical services have experienced a deep budget and support cut, especially related to pre-existing medical conditions, abortions, and coverage of low-income households.

Do these developments and the results of the 2018 midterm elections signify a trend towards a strengthened Democratic base in the future? In short, not necessarily. While the Democrats are now more capable to oppose Trump’s policies, they most likely can only slow down or block Republican proposals. Putting forward own Democratic visions and policies is less likely than a simple standstill in legislative politics for the next two years. Trump already announced in a press conference in the White House the day after the midterm election, that administrative shortcomings and signs of inefficiency during the next years will be blamed on the Democrats and their refusal to compromise. Trump furtherly stated that both sides should just “get along and get deals done” and implied that investigations against him and possible collusions with Russia would put a halt to such collaborations.

The so urgently needed increase of cooperation between the two parties is therefore not likely to be fostered and enabled by the current administration, giving a shamelessly honest Trump a powerful tool of damaging the Democrat’s image in the next elections. As both parties are already showing signs of strong internal fractures, it remains to be seen how either of them will be able to represent cohesive political content and values in the future.

Nevertheless, there is a glimmer of hope for the Democratic party – as the results of the midterms have shown, there is an active, increasing opposition to the current president and his Republican base. With sinking approval ratings of a historic 42 per cent low for a president at that point in office; with large groups of voters deterred by Trump’s viewpoints; and with the impact of changing demographics and sudden swings across federal state’s voting patterns, the Democrats might have the chance to uphold their momentum and keep fostering the critical perspective that is shed on the current administration.