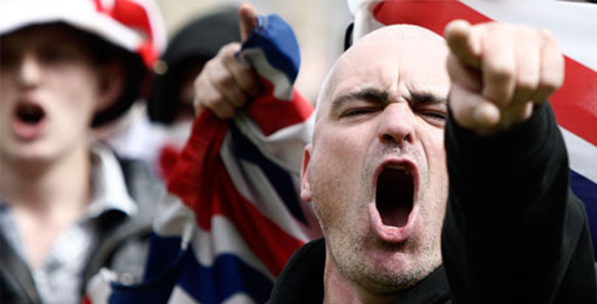 This guide was inspired by the Erasmus+ Training Program “Youth workers engaged to prevent radicalization of young people” organized in Eforie South, Romania by the association Youth Vision. It took place from the 7th September to the 14th September 2018.

There is a spectre haunting Europe – the spectre of radicalization. All the institutions, both secular and religious, struggle to enter in alliance to exorcise this spectre: the European Union and its member States, the Pope and the muezzins.

However, they do not have success. First of all, a proper exorcism needs the name of the condemned soul, and the spectre of radicalization still lacks it. At the European level, there is no common legal and scientific definition of radicalization, because the law and social sciences are more concerned with its subversive outcomes, as terrorist attacks. Second of all, the spectre of radicalization haunts mosques as it does with political parties: its faces can be multiple, and the mimesis helps it to blend within the shadows of the cursed house.

Notwithstanding its diabolic camouflage abilities, the spectre can be roughly identified. Generally, its screams a firm refusal of the external world, whose inner structure and soul are deeply flawed and contrast with the fundamental values of the spectre. Many people can feel like that, but their despise, while authentic, remains constrained in their mind, and it does not evoke the spectre.

It is evoked by fury, and anger. If a threat is perceived against not-negotiable values, the answer that may look more appealing is an aggressive reaction, whatever could be the counter response. The spectre is moved by the unbreakable belief that his behaviour is fair and pure, even if this leads to the death of people who may not agree with him. In a radicalized mind, there is no space for a compromise.

The conjuring is even more powerful if it is based on an ideology, whose assumptions are based on universal principles to be respected in every corner of the world.

As every monster knows, there are easier and tougher preys. Young people belong to the first group: if it is true that they are likely to be more resilient than the adults, it is also true that their self-being is going under a sensible process of construction. To them, the radicalization explains the world and gives universal, just rules, that allow to not feel constrained to respect the social coexistence, that involves the recognition of religious pluralism or civil rights.

If the youth is a general sensible target, there are subgroups that are recognized more vulnerable. These types may belong to ethnic minorities that struggle to insert themselves in the society, or religious groups who do not find an adequate representation within the State. However, the spectre shows up to be more powerful than expected. For example, the majority of the foreign fighters belong to respectable, wealthy families, integrated in the society.

As the horror movies slyly teach, the more collective a response is, the weaker the monster becomes. The civil society shall firstly become aware of the looming danger represented by radicalization, and then make up focused initiatives to spread awareness on the features and the consequences of radicalization. Moreover, the political parties and movements associated with radicalization episodes should be subject to a strict social and public control, in order to clearly assess if the ideology is itself compromised. Once one member has resulted as radicalized, he or she should be re-educated to make him or her aware of the multi-layered nature of our society.

Nowadays, the spectre belongs to our world, but our society has the strength and the resources to kick it to the gloomy, cold darkness that has once generated it.