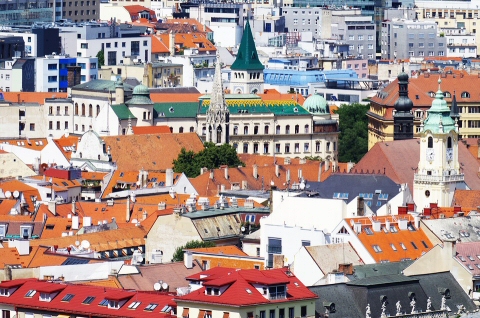 We used to do better

On the crossroads to Vienna and Budapest, Bratislava has always been a melting pot of different cultures, languages and ways of life. It wasn’t uncommon for the citizens to speak at least three languages and often all three at once. Austrian German, Hungarian, Slovak and Czech, it was all there. Even now, there are many slang words that we use on daily basis, which have distinct German, Czech or Hungarian roots. We used to be open and welcoming, friendly and respectful to all cultures. We used to do better. And it wasn’t even that long ago.

During the communist regime, many Vietnamese, Bulgarian and even some Arabic people came to Slovakia to study and find a better life here. Many of them settled in the capital, in Bratislava. We do not need the statistics here; I have grown up among them. All my dearest friends come from mixed background. Two of them are half Hungarian, the other one is Bulgarian, Vietnamese, Syrian and Tunisian. We sometimes joke that such a multicultural upbringing is hard to find even in much bigger cities than ours. As children, we have never experienced any frowning, hatred or discrimination. It all is a rather recent thing. Don’t get me wrong, Bratislava has never been a multicultural model city; there have been many incidents and problems among the citizens, especially between Hungarians and Slovaks that stood out from our shared history fuelled by the politicians and unstable economy.

In the recent years the situation has changed, however, or should I say, we have changed. People are worried about the increasing number of young Serbians working in the factories in Trnava region accusing them of stealing jobs and causing problems. The same goes for Romanians, Ukrainians and Bulgarians that are coming to Slovakia to find better paid jobs. There is no wonder people are getting restless, the situation on job market is not favourable for all, Slovak industry is lacking skilled work force that would be able to work in the growing number of factories. Requalification takes time, people are reluctant to move closer to the newly opened factories forcing the investors to start looking for employees elsewhere. The neighbour countries are the obvious choice. They more or less have similar cultural background, language and religion. What is even more important, they are willing to work for much less, degrading the wages to minimum level. This is also one of the main complaints voiced by the Slovak factory employees. Not to mention the fact, that for the majority of them, Slovakia is still just a transit country to the more prosperous western market.

But not even these imported employees satisfy the job market. Slovak Prime Minister Róbert Fico recently hinted at the possibility of inviting Vietnamese, Philippines and Malaysians to work in these new factories. Given our successful historic experience with integrating Vietnamese, it sounds like a possible solution. According to the Central Office of Labour, Social Affairs and Family, by the end of 2016 there were 56 employees from Philippines, 8 from Malaysia and 134 from Vietnam.

Cultural differences and language turned out to be manageable. In the case of Vietnamese emigrants, the cultural differences turned out to be manageable providing for a successful integration. On one hand, our official representatives are openly inviting Asians to our country and on the other hand, in line with the other V4 countries, strongly resisting the Arabic emigrants. With one of the most rigid and strict rules for gaining citizenship, our fear of Muslims reached a new level, when politicians increased the number of citizens needed for an official registration of a new religious organisation from 20 000 to 50 000, making it almost impossible for the Slovak Muslim community to be officially recognised. Verbal attracts are also becoming more common these days, as I have experienced personally, walking down the street with my Syrian friend.

This is where we get back to the beginning. We really used to do better. It was never without problems and setbacks, but as we ourselves used to be, in the course of history, rather a small nation sometimes even a suppressed minority, we used to be more open and welcoming to others than this. Let’s get back to it.